The Barriers of Inequality 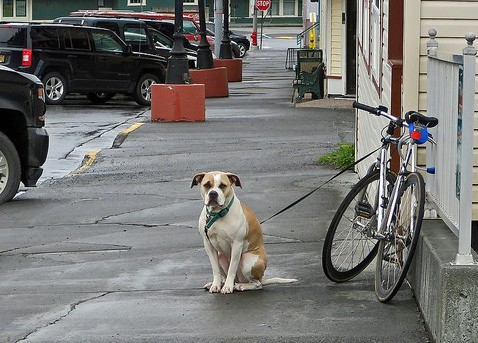 For some years, I have been struggling to find enough income to keep up with my expenses, a situation I never imagined myself in when I obtained professional qualifications in librarianship. Freelance work has helped, but financially I am still far behind where I should be.

Quite often, I look after a dog whose owners are obviously well off; they travel frequently, and their house is full of beautiful items that they have brought back from remote countries. Yet I find that they are generous and humble about their wealth, and I feel comfortable when I visit with them. The dog creates common ground between their wealth and my relative poverty, but even without that I think that I would feel at ease in their company.

Unfortunately, that kind of solidarity is unusual in my experience, both with friends and even with members of my own family.

Far too often, I sit silently at gatherings with my mother and siblings, trying to maintain my equanimity as my doctor brother talks about the latest exotic trip that he is planning with his wife and children. My extended family can be the same.

I remember a conversation at a wealthy cousin’s place, where several relatives talked about the high-end stores where they shop. The awkward pause that followed my mention of thrift stores and Zellers still sticks in my mind, even all these years later.

It’s not just clothes. Living without a car has created unexpected barriers as I have tried to participate in activities in a city with a mediocre transit system. When rides are difficult to arrange, I frequently prefer to stay home alone rather than asking for transportation help.

Income inequality has built barriers in my life, an experience that I suspect others have also had. A more equitable distribution of wealth could make all the difference.

The apostle James once wrote against favouritism in the church. He painted a vivid picture of a rich man sitting in a place of honour while a poor man is forced to take the space that is left, a scenario that is all too familiar for many people in our unequal world.

Susan Huebert is a writer, editor, and dog walker from Winnipeg, Manitoba. One of her early memories of wealth redistribution is from when she was 11 and 12 years old and spent two summers with her family in the Democratic Republic of the Congo (called Zaire at the time). The country was very poor despite being full of diamonds and minerals. Upon reflection, she said, “My ability to help was somewhat limited because of my age.”