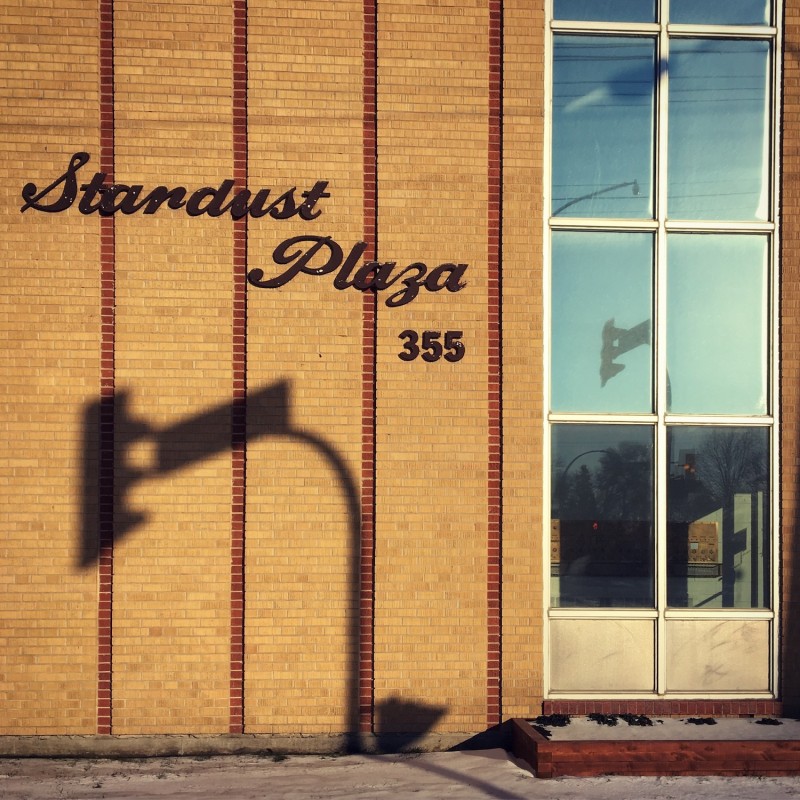 [Land reform is] the most tangible and material and least abstract way that I’ve ever come to understand wealth redistribution. – Zoé Samudzi

What follows is a feature Geez interview with Zoé Samudzi, a writer and doctoral student in Medical Sociology at the University of California, San Francisco. Her dissertation research seeks to assert imperial Germany’s genocide of and “race war” against indigenous Namibians (1904-1908) as foundational to the Nazi Holocaust (1937-1945). She is co-author, with William C. Anderson, of As Black As Resistance: Finding the Conditions for Liberation, published by AK Press in 2018. You can find her on Twitter at @ztsamudzi .

Geez: Wealth redistribution is a big concept, meaning a lot of different things to different people. What does it mean to you, especially within the context of Black feminist anarchism and the work that you do?

Zoé Samudzi: The ways I’ve really been thinking about wealth redistribution have been a little bit less in the context of anarchism and a lot more in the context of post-colonial reparations – especially to do with land reform in southern Africa, the debate over whether or not white farmers should be given compensation for land, and all of these legal conversations about whether or not you can be justifiably given restitution for land and property obtained through illegal means through colonialism.

I get a lot of clarity out of the nature of these conversations around land reform, because I think that’s the most tangible and material and least abstract way that I’ve ever come to understand wealth redistribution. In my ideal world, I’m looking at rich people here in Silicon Valley and I’m just like “ok, there’s so many homeless people in the Bay Area, let’s take their houses.” I have the way that I would like to see it, and then I’m looking at the ways that it’s actively being undertaken – and the real difficulties that people seem to be running into because of all the considerations and concessions that they’re making for white capital.

Geez: There does seem to be an increasing awareness and conversation around income and wealth inequality in the United States, with Occupy and Bernie Sanders. Do you think the American left has ignored this conversation that you’re having around land reform, especially in the Global South?

Zoé Samudzi: No! Many Black leftists haven’t abandoned these ideas of reparations, but it’s always really interesting to me when you have the likes of Bernie Sanders talking about being the 99 percent and how big banks and corporations have to do x, y, and z but scoff at the idea of reparations for chattel slavery in the United States. 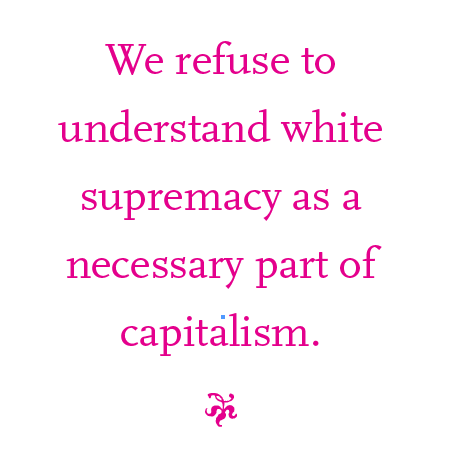 I think that’s really telling about the kind of limitedness with which we understand wealth redistribution, because of the ways we refuse to understand white supremacy as a necessary part of capitalism and race as the kind of anchoring structure through which resources are inequitably distributed.

To talk about wealth redistribution, to talk about rich people being forced to pay higher taxes, when we talk about all these ways of being equitable but we’re not specifically talking about the ways that Indigenous people deserve certain kinds of reparations, the way that Black people deserve certain kinds of reparations – we’re not having a good or useful or full conversation about what wealth redistribution needs to look like in this country.

Geez: To clarify for readers, how do you conceive the difference between redistribution and reparations? Is it in terms of specifically addressing these legacies of slavery and genocide?

Zoé Samudzi: I see wealth redistribution as something that every single person in this country would have access to. Well – not every single person – but below a particular income bracket, would be eligible for. Reparations for slavery would be very specific and would be looking at specific institutions that have acquired their wealth or their land from slavery, and looking at the families that have specifically been a part of those institutions.

Reparations gets a little bit tricky, right? There are ways that every single Black person in this country is impacted by the afterlife of slavery. But there are ways that not every Black person has this intimate relationship to the history of slavery. For example, the first person in my immediate family came to the United States in like 1977, so I would probably be excluded from these particular reparations processes for African-Americans.

The whole framework for who would get reparations specifically is really fraught and difficult and a reason why it’s so dismissible, the same way that land reform is so dismissible. It is such a huge undertaking, and, because of class differences within Black communities, it is hard to say that “you necessarily deserve reparations” or “you have not been disenfranchised by slavery because you have been able to support yourself and you’re not poor.” There are a lot of different ways that reparations conversations are difficult for white people because it means people would have to self-implicate.

Geez: Does the white American left represent an obstacle to Black liberation?

Zoé Samudzi: It often does. The number of times that I’ve had to have conversations with class reductionists who are telling me that I’m putting a wedge between workers by talking about race – as though Black people are not workers, and as though a majority of the working class by a particular year is not going to be predominantly non-white. 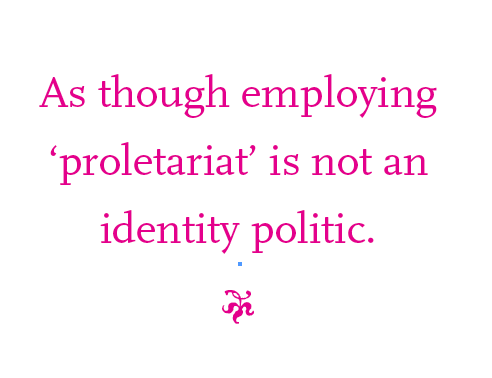 There’s a reason that Cedric Robinson called it “racial capitalism” and not simply “capitalism.” The number of times I’ve had to argue about the importance of understanding gender, and race, and trans identities, and disability, and all of these things in conversations with white, cis, able-bodied, often middle-class leftists who are insisting that all of these [so-called] “identity politics” are dividing the ranks of workers, as though employing “proletariat” is not an identity politic or as if “working class” is not an identity. It’s really maddening.

Look at the ways many white communists talked about including Black folks in their ranks: Eugene Debs was basically like, “Let them sort out the Negro question because that isn’t something that concerns us, we just have to bring them into socialism.”

Zoé Samudzi: First, I think the whole “development” industry just has to be destroyed. Rather than seeking to alleviate poverty in actuality, which would mean attacking capitalism, the industry really seeks to justify its own existence.

One thing that I think would be a really important move – and it has to be done tactfully – is indigenization of industry: any company that decides to come and invest in a country, local folks have to be majority shareholders. I think that would be a good start.

Of course, that wouldn’t be the end all be all because we’ve seen the ways that a lot of our governments have tendencies of being corrupt when given the opportunity. Often, that corruption exemplifies Western undermining of Indigenous attempts at growth because it’s more profitable to take whatever kickbacks from these multinationals than it is to invest in your own country. But indigenization is one thing. 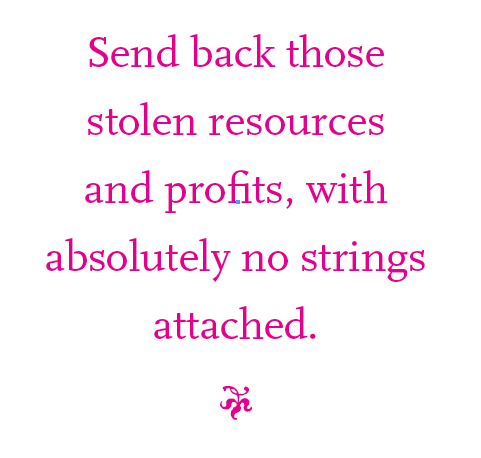 I think the nature of aid and the way that aid comes with so many strings attached – and there are so many conditions that are unattainable often for these countries. I don’t know how you would assess reparations, but I know that if you look at the outflows of capital from former colonies to empire, figuring out a way of sending all of that back would be tremendous. I’m thinking about how the gold in Ghana propped up European economies from the 15th century, and thinking about all the resources that have been extracted from or forced onto the continent in order to support industrialization. Send back those stolen resources and profits, with absolutely no strings attached.

Geez: Capitalists probably aren’t going to be super enthused about these ideas. What will this require from an organizing point of view in your mind? Is it about paying attention to issues that are happening with land reform?

There’s a land tax in the Bay called the Shuumi Land Tax. Basically, the description is: “Do you live in Oakland, Berkeley, Albany, El Cerrito . . . . If the answer is yes, you live on traditional Chochenyo and Karkin Ohlone land.” For those who are not indigenous to this land, the Shuumi Land Tax is a way to acknowledge its history and its original stewards in the present. It’s for non-Indigenous people who live on Ohlone territory to make a voluntary financial contribution to work being done by the community to acquire and preserve land, to establish a cemetery to bury Ohlone ancestral remains, to build community centres and roundhouses to ensure the thriving of Indigenous communities in the future.

I think something like that is really, really powerful. It’s a demystified way of talking about wealth redistribution on the community’s own terms that we as non-Indigenous beneficiaries of settler-colonialism can pay into, and that goes directly to the community.