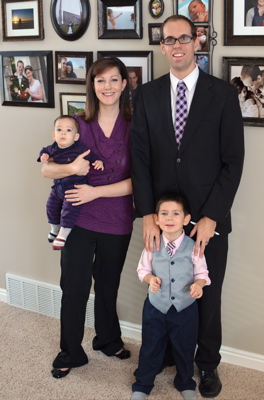 Latter-Day-Saints-based activist group All Enlisted hosted Wear Pants to Church Day on December 16, 2012 to highlight inequalities faced by women within the Mormon Church.

Thousands of women worldwide participated in the direct action. Men were invited to wear purple ties, socks or shirts in solidarity.

Though there is no official church rule against women wearing pants in church, some women were turned away at the door, or were told to speak to their bishops.

“It wasn’t an easy decision to ‘out’ myself as a Mormon Feminist,” co-organizer and participant Noelle Perner told Geez. “We were trying to open up a dialogue, to separate the doctrinal from the social, or to at least start a conversation                 Credit: Noelle Perner
about it.”

All Enlisted’s subsequent campaign, Let Women Pray, paved the way for a benediction at the Latter-Day Saints Church’s annual general conference to be led by a woman in April 2013 – a first for the Mormon conference.