Children in a Dangerous Time 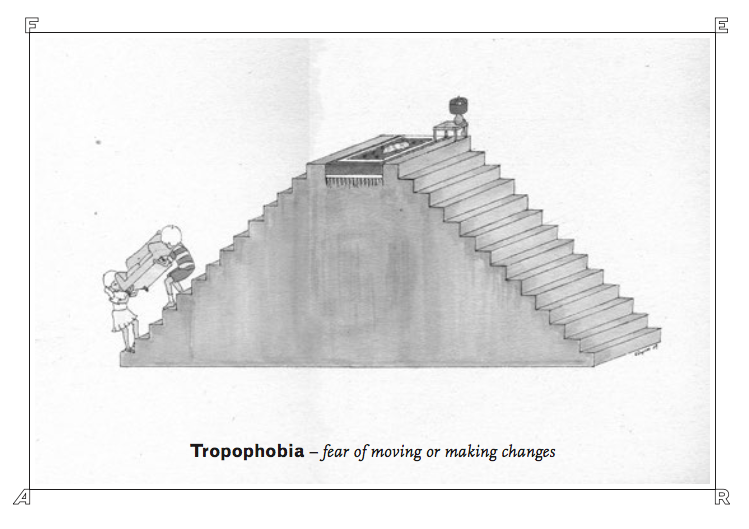 I remember watching Lori Grimes on AMC’s The Walking Dead and thinking I couldn’t imagine many things more terrifying than her situation. The world was crumbling and rotting all around her, and she was pregnant.

Fast forward several years to today which, even though zombies aren’t walking the earth, feels just as apocalyptic. An orange-haired demagogue-type is president of the United States, the threat of global warming is ratcheting, and world-wide nuclear war could ignite at the whim of two unpredictable man babies. Living in Canada, I don’t feel much safer.

Safety aside, I am disturbed by the racist, homophobic, transphobic, misogynistic (the list goes on) language making its way into mainstream conversations. From people shouting, “Lock her up!” about Alberta’s premier, Rachel Notley, to Conservative members of parliament opposing an anti-Islamophobia motion due to a very misguided understanding of sharia law, it feels like our country’s moral compass is disintegrating.

Amidst all this, my husband and I are thinking of starting to try for a baby. I have always wanted to have children, but given the previous reasons, I can’t help but question whether this is a responsible decision for us.

In early August, the night after Donald Trump declared he would respond to North Korea with “fire and fury,” I woke up feeling hot and panicked. I turned to Twitter, wondering if the heat I felt in my body was radiation. On the glowing screen, I saw no evidence of a nuclear attack, but my anxiety about impending doom was mirrored by the journalists and celebrities on my feed. 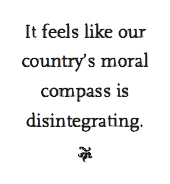 I lay awake for a couple hours afterwards, processing the fear of carrying a baby without knowing what the world would look like nine months from now. Would it be safe? Is it an ethical choice? I thought about how I’d heard each person generates 58.6 tonnes of CO2-equivalent emissions per year. Did we want to add to that?

The next day, I reached out to friends and family who were in a similar life stage – had either just had a baby, were expecting, or chose not to have kids. I wanted to know how they made this choice. Did they have the same fears I did?

Janelle Vandergrift (mother of a toddler): “I did not want to make this decision based on fear. I am very fearful of the world and jackass leaders who do and say terrible things. Most of it I cannot control at all and it’s terrifying to picture what this world could look like and has looked like at many points in history and does look like in many parts of the world. But I also have a deep love for what it is and who lives here and what it could be. Having a child felt like agreeing to be a part of that, of engaging in what it is and what it could be.”

David Turner (expecting twins): “It’s been a rough year but I don’t think it’s time to bunker down and not live life and not dance and have wine and enjoy a family and express love and all that. But obviously that’s kind of a naive response that doesn’t really ring all that true because it’s still really terrible and legitimately scary out there, and there are some reasons I’m particularly concerned and some things that keep me up at night (climate change more than Trump, for me, but both). I think the next century is going to be full of a lot of joy and a lot of pain and a lot of life and dancing and a lot of death and a lot of picnics and a lot of suffering and a lot of innovation and adaptation and I don’t really think that sounds that different from most other centuries.”

Jackie Wong (expecting in December): “I don’t know if there ever has been a good time to have a baby; this world has been so rife with struggle all along. We were talking about our parents’ time, when they were born and what they were born into, and how much of both our parents’ early childhoods were also coloured by struggle, loss, political unrest, and needing to find ways to keep on and begin again and again. It is hard. But we are also in it together, and there is an incredible network of support out there for younger parents and mothers, especially on Facebook I’m discovering, who want to have real talk about the challenge of raising a kid (in the big ways that you are mentioning, and also in the more everyday ways of how do you not go crazy when your toddler is being so hurtful and defiant!).”

Erin Watkins (chose not to have kids): “I get the fears, but the world is still a beautiful place full of awesome people. Don’t let Donald Trump and Kim Jong Un influence your decision to have kids or not. It needs to come from the heart and the gut because if you really wanted kids you would find a way to work through the fears and second-guessing. Some people have told me that you are never totally ‘ready’ to have kids, but you just have to go for it. My gut instinct from the start was that maybe parenthood wasn’t for me. I did my research and I did keep holding out for the possibility that maybe I would change my mind. But I never did.” 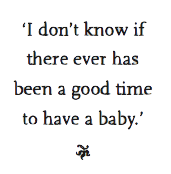 After speaking with my friends and family, it became clear that many of them have the same fears I have. Yet, overwhelmingly they chose to believe in the future. Reflecting on the barrage of articles I’ve read about how having children is one of the most destructive things you can do to the planet, I can’t help but be skeptical and even a bit angry.
This blame seems misplaced and also pretty gendered – focusing on women carrying babies.

In Derrick Jensen’s memorable essay, “Forget Shorter Showers,” in Orion magazine (2009), he warns that acts of personal consumption will not address huge issues like climate change. The real damage is caused by an industrial economy – corporations causing large scale damage. Similarly, taking shorter showers will not stop the world from running out of water, because the real culprits are corporations polluting and stealing water. Sure, individual action may slow the process, but to enact real change we need organized political resistance against the systems responsible.

No doubt women felt some of my same fears during the world wars and, more recently, during the Cold War. In many ways, having a child right now is an act of hope and resistance. It represents an investment in the future of our world – a belief in a better world. Having a baby certainly isn’t the only way to invest in the future, but it is a powerful symbol.

As my partner Matt and I walked to the bus the morning after my sleepless night, our phones lit up with a text from my sister-in-law; it had a video of our nephew bouncing and laughing in a jolly jumper. As we watched him, I felt a little leap in my ovaries.

Like my friend Janelle said, “The decision to have a child isn’t necessarily a logical one!” For all the careful thinking Matt and I do around whether or not to have kids, the physical pull I feel to try for kids is persuasive. It’s visceral and not rational.

Meghan Mast is a videographer and freelance writer living in Winnipeg, Manitoba.