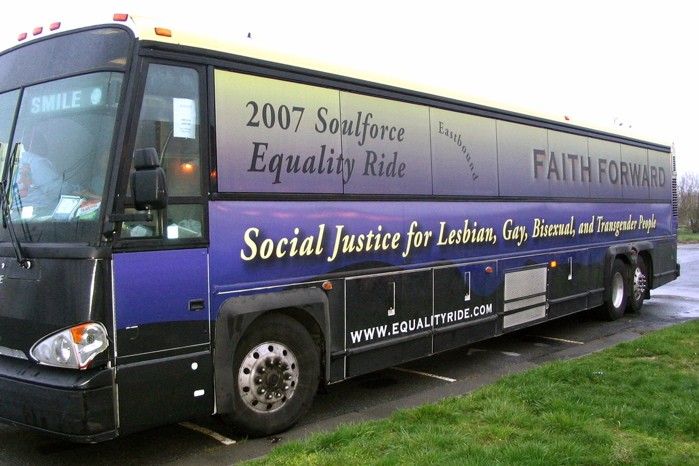 “I do not accept excommunication.”
– Suzanne Dunn, a female Roman Catholic priest ordained by Archbishop Dana Reynolds. The Vatican considers women’s ordination to be a “grave crime,” punishable by excommunication.
Sources: theindependent.com, huffingtonpost.com

“Virgin Mary, Drive Putin Away”
– Title of a prayer performance by Russian Punk feminist band Pussy Riot, performed in the Cathedral of Christ the Saviour in Moscow on February 24. The band was protesting the endorsement of Putin by high-ranking officials of the Russian Orthodox Church. Members of the band were arrested on charges of hooliganism and face up to seven years of jail time. On April 3 Amnesty International declared them prisoners of conscience and asked for their release.
Source: amnestyinternational.com, freepussyriot.org

“I want to be able to sit at the same table as you and sit and break bread and read this book.” – Bethany Meier, a member of the 2012 Soulforce Equality Ride, a bus trip of 17 young activists visiting 15 U.S. colleges that “openly discriminate against Lesbian, Gay, Bisexual, Transgender, and Queer individuals and their Allies.”
Sources: soulforce.com, thenorthwestern.com

“Patriotism sounds a lot like patriarchy.”
– Tweet by Jessica Danforth, Founder and Executive Director of the Native Youth Sexual Health Network based in Toronto.

“I would urge you to not only show solidarity to the entire movement, tents included, but to also reflect theologically on what it means for a Church to bow down to the state instead of protecting the lost sheep.”
– Occupy Toronto Protest Chaplain Evan Smith, publicly responding to the Notice of Eviction given to occupiers by the Cathedral Church of St. James.
Source: femmeminister.snappages.com 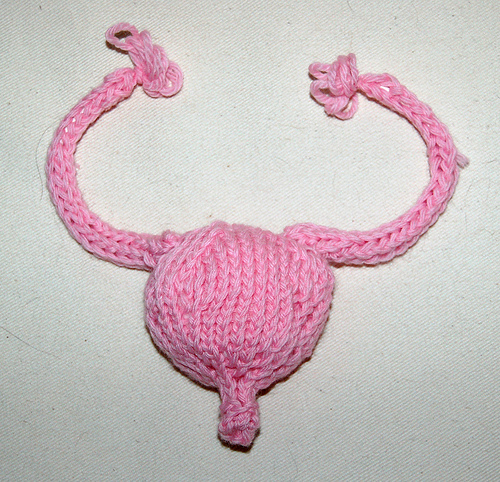 “Dear men in Congress: If we knit you a uterus, will you stay out of ours?”
– A slogan of The Snatchel Project, an online-based action organizing women to mail in knitted uteruses, wombs and vulvas to their male congressmen. The group “is not pro-life or pro-choice … [it] is against government regulation of women’s bodies.”
Source: governmentfreevjj.com