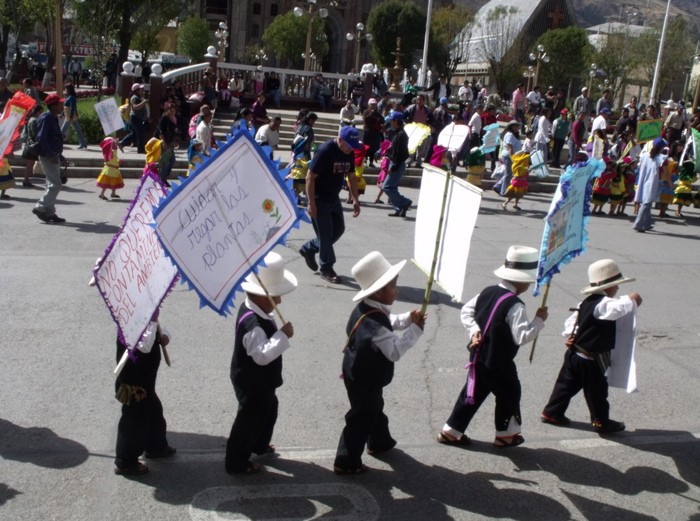 “I want to be an organic farmer and close the School of the Americas,” said Clare, my 8-year-old housemate when asked what she wants to be when she grows up.

It was kind of shocking to hear such profound ambitions from a young girl. But when I stopped to think about it, it really wasn’t that surprising. Clare and her two younger sisters are homeschooled in a Catholic Worker farm community in Southeast Minnesota. She is exposed regularly to issues of peace, justice and economic fairness – both in conversation and experience.

The influence of capitalism and militarism on modern schooling is rampant, if not initially evident. A cursory glance at the potential employers attending the sanitized career fairs at college campuses and high-school cafeterias confirms institutional education’s – private and public – bias toward neatly packaged corporate employment. Laws authored by Department of Defense officials esure military recruiters access to schools of all grades. The pervasive nationalism in most educational institutions tends toward a conservative bias; their interest is in preserving the status quo.

Learning to critique such systems, let alone confront and change them, is a daunting task for the majority of us, who started every morning at school with the Pledge of Allegiance. Breaking free of the “my country, right or wrong” mentality is a difficult task, but one made easier with the experience of protest.

For children – whether traditionally schooled or not – the experience of witnessing and participating in protest can be a formative learning opportunity.

“The main advantage in joining us in protest and vigils is that children ask a lot of questions. They are interested in what we do, and it informs them of their families’ values and faith,” said Curt Klueg about bringing his two young daughters to anti-war demonstrations in Chicago. They could often be seen writing brightly-coloured messages of peace with chalk on the sidewalk.

For a couple of years, Curt went every Tuesday morning for a vigil against the Iraq war. “It evoked a lot of questions from the girls,” he said. “I think the regularity of the vigil helped to stretch out the inquiry and importance for them.”

Having other adults in their lives matters, too. When a friend of the Kluegs was serving time in prison because of his civil disobedience at the School of the Americas, his absence created conversations on topics that are glossed over in most history books.

“We talked a lot in our family about how some laws are fair and some are not. And we talked about how you can go to jail for something good and how saying no to war is a good thing but can be risky,” said Curt, who fancies gifting his children’s teachers with Howard Zinn’s A Young People’s History of the United States.

The Daloisio family is part of the Catholic Worker community in New York City and deeply involved with the Witness Against Torture campaign to close the prison at Guantanamo Bay, Cuba. In fact, a few years ago, Amanda and Matt brought their young son Tobias to Washington D.C., where they lived and worked in community for over four months, organizing resistance efforts to close the prison. Now, Tobias and his sister – and other children – regularly attend the many vigils and protests their parents organize. Flexibility to do these things is afforded by their choice to homeschool.

In emphasizing the importance of protest as a proper response to violence and injustice, Amanda pointed out the normalizing effect it can have on a child. “Tobias has handed out the leaflets and held candles and signs and very much enjoyed it,” she said. “He may not put deep significance on it, but it’s a normal experience for him and he goes willingly – at least for now!”

Furthermore, Amanda feels that it is really important for her children to understand themselves to be part of something bigger. The community life of the Catholic Worker, where people from different ethnicities and economic backgrounds regularly interact with each other, has given them a larger sense of the world.

“To know oneself in a larger story with people that don’t look like you is some of the best school there is,” said Amanda. In time, she believes that experience of difference will probably affect the conversations she has with her children.

In protest – and communities of solidarity – there exists an environment that inspires the imagination to break free of the isolating discourses of capitalism and militarism. “It is a lot easier to talk about the children of Iraq and Afghanistan,” reflected Amanda, “if our kids already have the experience of children whose skin colour is different than theirs.”

Jake Olzen is a farmer, writer and activist/organizer in Southeast Minnesota. He lives and works at the Lake City Catholic Worker. He learns best through impassioned, boisterous arguments at the pub.