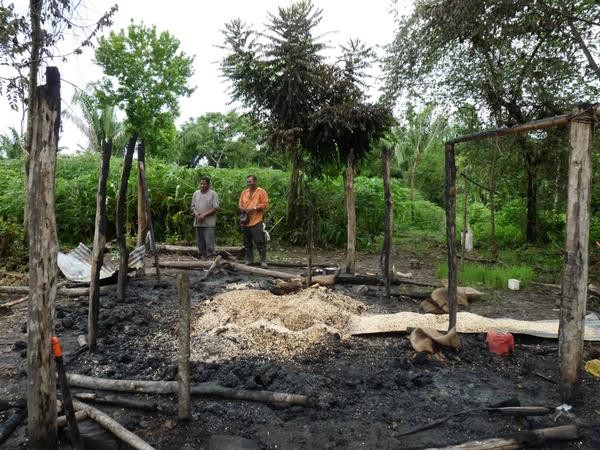 In Colombia, the saga with the palm oil company Aportes San Isidro continues as it seeks to push Las Pavas villagers off their land. The community received good news after suffering weeks of violent attacks this summer. The governmental organization responsible for gun licensing revoked the right of the company’s “security” personnel – i.e., the thugs who had been conducting most of the attacks on the community – to carry weapons. Local police tend to support the corporation, so it remains to be seen whether they will enforce this edict. But, legally at least, it’s a small victory.

In addition, the small and over-worked Colombia team has been giving what support they can to the national strike. The root cause of the strike is related to the government giving land to mining companies and other corporations while displacing thousands of people. Negotiations with the FARC guerrilla movement are in process. Meanwhile small farmers, miners, health workers and students also want a voice at the negotiating table; they shut down three major highways for about 10 days to draw attention to their concerns.