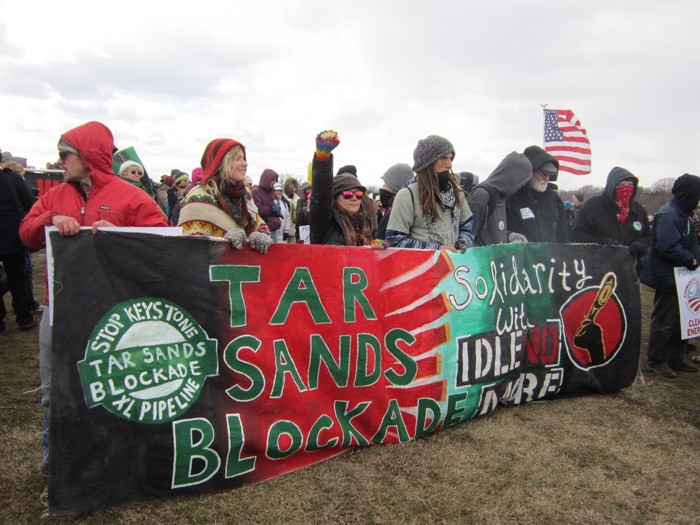 A Keystone XL protest in solidarity with Idle No More.
Credit: cranberries, https://www.flickr.com/photos/minow/8483787618

Lakota people working with the Owe Aku International Justice Project are preparing to participate in massive civil disobedience in an attempt to prevent the Keystone XL pipeline from going through their land. They have asked CPT to support their efforts by providing training. If built, the pipeline will carry synthetic crude from Alberta to the Gulf Coast over the Ogallala Aquifer, one of the world’s largest aquifers, and will cross more than 1,700 other bodies of water. Pipeline ruptures often occur near water crossings, since the lowest points subject pipes to the highest internal pressures. Synthetic crude spills have poisoned portions of the Kalamazoo River in Michigan, Lake Conway in Arkansas, the Des Plaines River in Illinois and other waterways.