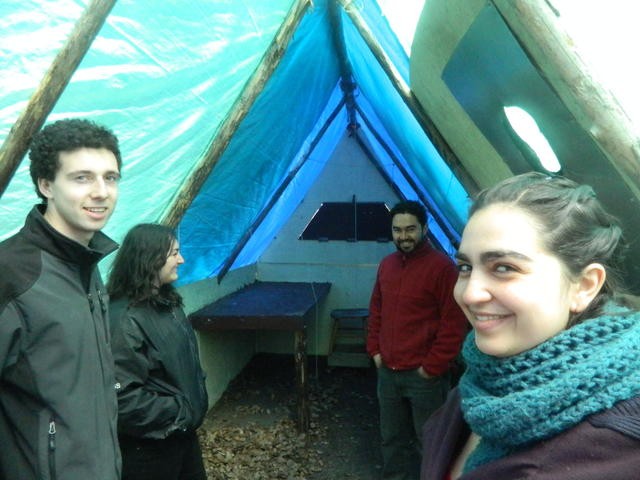 Slant Lake blockade site -CPT delegates fixed an A-Frame that was made by past CPTers.
Credit: http://www.cpt.org/gallery2/main.php?g2_itemId=27205

According to Mohawk scholar Taiaiake Alfred and Cherokee professor Jeff Corntassel (2005), “aboriginalism is a legal, political and cultural discourse designed to serve an agenda of silent surrender to an inherently unjust relation at the root of the colonial state itself” (Politics of Identity, “Being Indigenous: Resurgences against Contemporary Colonialism,” 599).

The term “Indigenous” has gained political traction in the last 30 years as part of a growing international movement for the rights of Indigenous peoples, and as an alternative identifier to colonially delegated terms (e.g., Indian, Aboriginal) from which these inherent rights emanate. While Indigenous people cannot be lumped into a homogenous cultural category, “the struggle to survive as distinct peoples on foundations constituted in their unique heritages, attachments to their homelands, and natural ways of life is what is shared by all Indigenous peoples,” (597).