Occupy and the police 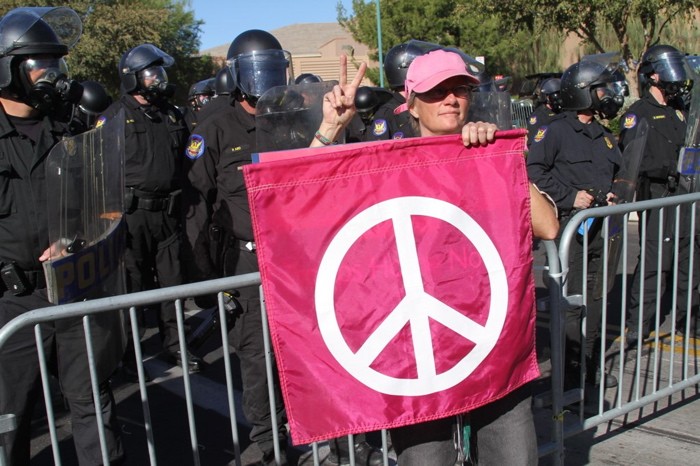 If the protestor is Time magazine’s person of the year for 2011, some may want to nominate those who injure protestors as villains of the year.

In Egypt and Syria, batons and bullets have answered democracy- seeking protestors. The army ended an occupation outside Egypt’s cabinet by beating protestors and setting their tents ablaze.

In the wake of the incident, Peter Moskos wrote “Dumb-Ass Training and the UC Davis Pepper Spray Incident: Thoughts From a Former Cop” for the Washington Monthly. In the piece, Moskos argued that police are wrongly trained to have a “hands-off ” approach to non-compliance, relying too much on pepper spray, batons and the Taser. Having patrolled the ghettos of Baltimore for three years, Moskos wrote that he and his fellow cops threw out the “hands-off ” training in favour of a “hands-on” approach, which deals with non-compliant people by picking them up or walking them away, for example.

In an interview with Geez, Moskos, now an assistant professor at NYU’s John Jay College of Criminal Justice, said voters control the police: “at some point we have to say, ‘this is how you train? This is the way you think you’re supposed to behave against non-violent, passive resisters? No, that’s no longer acceptable. Don’t do that.’ We could tell police that.” – Sean Ledwich

To read the full version of this interview with Peter Moskos see here.