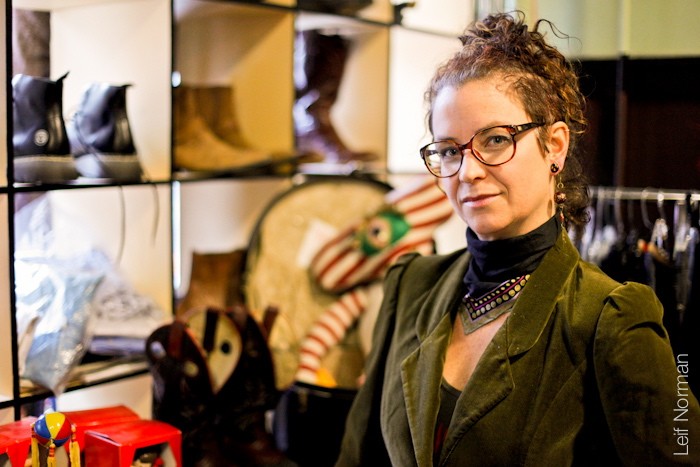 Almost 25 years ago I moved from an off-the-grid cabin in the bush to downtown Winnipeg to attempt urban harvesting, community living and ethical, anti-capitalist small business.

Urban harvesters or “pickers” reclaim, clean, fix and repurpose discarded items to sell. First a trader and then a worker at Ragpickers Anti-Fashion Emporium in the core-area Exchange District, I inherited the business in the early ‘90s.

Uneasy with ownership, I expanded the Ragpickers structure. I found book dealers and invited other pickers to sell their treasures. I soon assembled a 13-member collective. Our 6,000 square feet held two newspapers, a jewellers’ co-op, a coffee house and a bike repair shop. I loved the vibrant chaos.

As an alternative entrepreneur, I am working to establish self-sufficient, empowered artists as the pioneers of a new economic model of rural/urban interdependence and conscientious living. When the Manitoba government announced its new multi-stakeholder co-op legislation for the International Year of the Co-operative, it resonated deep within the Anti-Fashion Emporium. Beginning in 2012, workers, makers, consumers and other supporters will share ownership of a new Ragpickers co-op. With the rise of the Occupy movement, the momentum behind our formal co-operative shift seems unstoppable. – Kristen Andrews

To read the full version of this story see here.