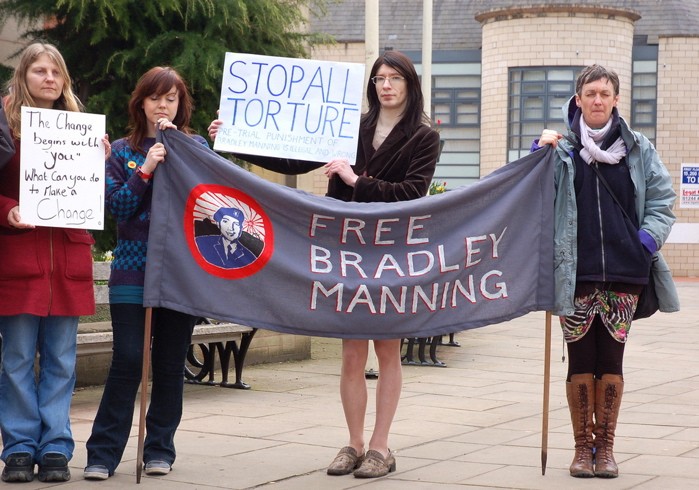 Passers-by at the Camden subway station in London, England are being met with a vigil for WikiLeaks whistleblower Bradley Manning, who is on trial in Fort Meade, Maryland. Members of the London Catholic Worker and several friends are organizing the show of solidarity. Armed with banners and flyers, the group is attempting to explain the trial to commuters and tourists, and is urging people to write letters of support to Manning. A former intelligence analyst with the U.S. Army, Manning allegedly released hundreds of thousands of classified files to WikiLeaks, including the now-infamous “Collateral Murder” video that depicted a 2007 air-strike on civilians and journalists in Baghdad, Iraq. The trial will likely run until August, and the Camden tube station group plans to continue their vigil three times a week until then.