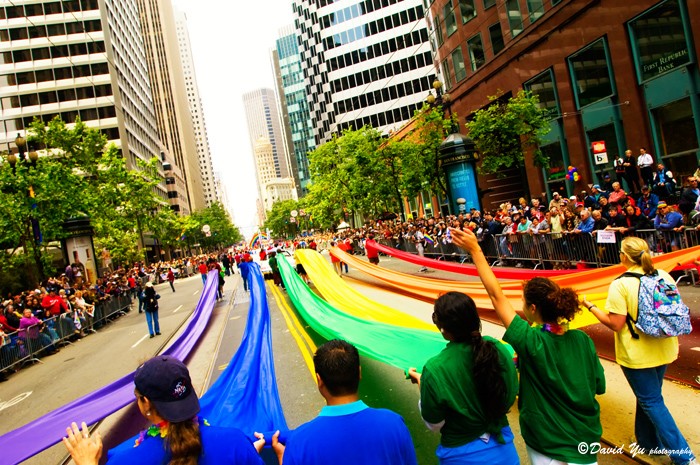 Carla Hale has been a physical education teacher at Bishop Watterson High School in Columbus, Ohio for over 18 years.

She has never chosen to make her sexual orientation a public issue; she and her partner, Julie, have kept their life together private.

When Hale’s mother died suddenly in May, the two were overcome with grief. Hale included her partner’s name as she wrote the obituary. It wasn’t a political statement: it just seemed like the natural thing to do.

That tiny act of love, however, started a firestorm. One Columbus parent read the obituary and filed an anonymous complaint with the school. And with that, the school’s principal fired Hale, telling her that her relationship “violates the moral laws of the Catholic Church.”

An outpouring of support from allies has followed – a petition on change.org to reinstate Hale has gained 131,000 signatures. But as of press time, it hasn’t been enough. The Roman Catholic Diocese of Columbus has refused to reinstate her position.