All is Grace: A Biography of Dorothy Day

All is Grace: A Biography of Dorothy Day
by Jim Forest
(Orbis Books, 2011)
A book review by Aiden Enns 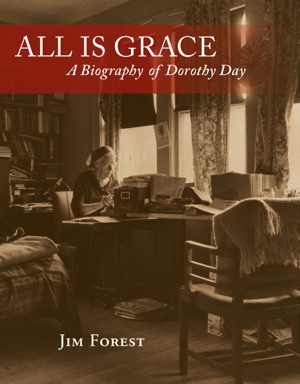 There are plenty of stories here of Dorothy Day the saint. Of course I want to hear these stories, but they aren’t the ones I hunger for.

My soul wants to know something else about her. I have little in common with so-called saints. Even so-called prophets are strange to me. I do have, however, a common desire to be a better person, and coming to the aid of others in need. I want to understand when aid is warranted and when it further entrenches my position of power.

Like me, Dorothy Day was a person who made mistakes. An unwed mother and a chronic smoker, she was bossy, short-fused and prone to judging others. She made autocratic decisions seemingly without compunction.

Yet she found a certain loveliness in and among the poor. She sought solidarity more than compassion. I suspect that compassion is too often a shiny cover for good intentions without sacrifice when sacrifice is needed. Not in the case of Dorothy Day.

This book is a great intro to her life. Now I want to read her own reflections and those of her critics. Did she have any?