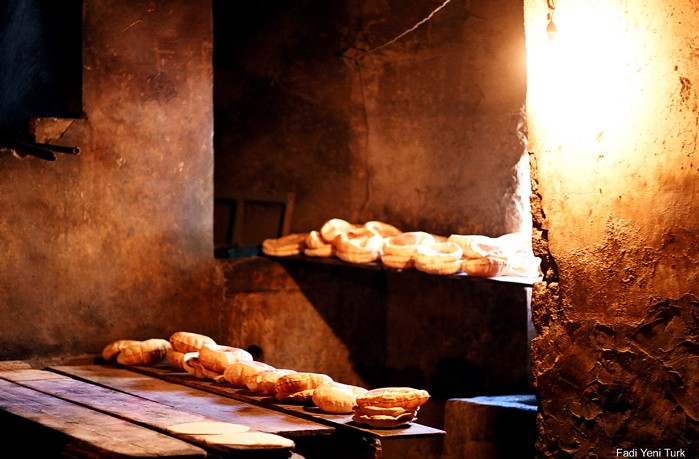 During the Kurdish Spring demonstrations in 2011, Mullah Kameron Ali Khwarham spoke to thousands of people at Friday prayers, calling for “a jihad of peace,” a nonviolent revolution.

He was arrested as a terrorist and tortured by government authorities for several days, but was released. I recently visited Mullah Kameron as part of my work with Christian Peacemaker Teams. Mohammed, a friend and translator, went with me.

We were greeted by the mullah, his wife and two small daughters. Another woman stood in the background. After we were settled with glasses of water and cushions to lean against, tea with cake and watermelon were served. Then the women sat down against the wall on the other side of the room to listen.

The conversation went back and forth: Kurdish, English, English, Kurdish. We caught up on each other’s work and life. At one point, Mohammed looked at me and said, “This woman is his second wife. They married six months ago.” My Christian prejudices ran through my mind. I had to compose both my thoughts and the look on my face as they all watched for my reaction. I smiled and put my hand over my heart. They smiled back.

But my thoughts continued to swarm. I remembered stories of missionaries to Africa breaking up families to rid them of extra wives. I was sure the Bible says that polygamy is wrong. Marriage is between two people. Islam allows him to take another wife. Why would he need that? And how on earth does it work?

Mullah asked me about my husband and children. I explained that my husband is in Canada working, living in our house while I work here for half the year. He listened to my story of how we came to agree that I would work here in Iraqi Kurdistan.

It was later that the realization hit me: my husband has half a wife and Mullah Kameron has two. Yet despite our situations being equally strange to the other’s culture and faith, we shared our stories without criticizing the differences.

Before we left I agreed to come back to their house to learn how to make Kurdish bread and cake from the women. It will be stretching to get through a whole day with my limited Kurdish and their English, but I promised to bring my dictionary. I think we will do well.

Kathy Moorhead Thiessen finds the thought of working for a more peaceful world too huge to think about. But she finds hope in people like Mullah Kameron who work in their own tiny part of the world to cultivate peace. Her blog is goinpeacenottopieces.blogspot.ca.