RoboGandhi: The peace-maker of tomorrow 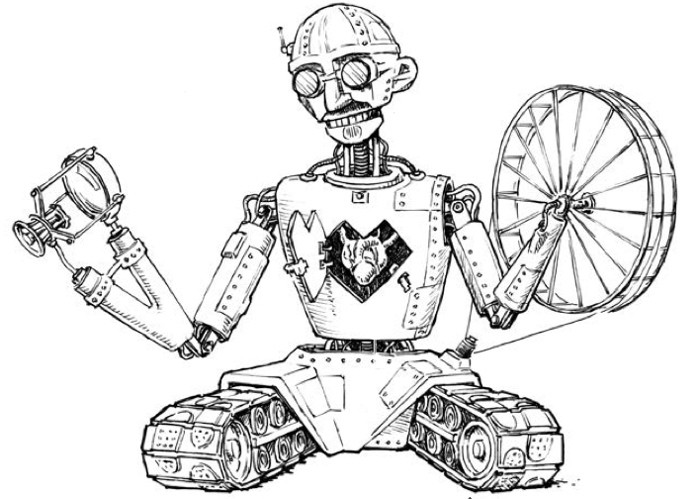 It’s a little embarrassing that no one as iconic as Mahatma Gandhi has emerged to symbolize peaceful protest in the many decades of war and colonialism since his time. At Geez, we’ve sometimes wondered who “the next Gandhi” will be. But that’s thinking small. In an age of drone warfare, we take that idea to the next level by designing the next Gandhi.

Reinforced with an impenetrable moral fibre, CPTeeth stop conflicts before they can escalate to the point of armed force. They also house the Voice of Reason amplifier.

Enhanced Equality Projection Goggles make systematic inequalities based on race, gender, sexuality, age, class or religion visible. Constructed of a high-sheen glass to allow for self-reflection up to a depth of seven generations.

The Autodoubler Arm doubles everything it touches. Most wars break down to fighting over resources . . . so double the resources.*

RoboGandhi is also 100 percent recycled. (That’s a pretty terrible joke if you think of Robocop. Geez does not advocate Robocops).