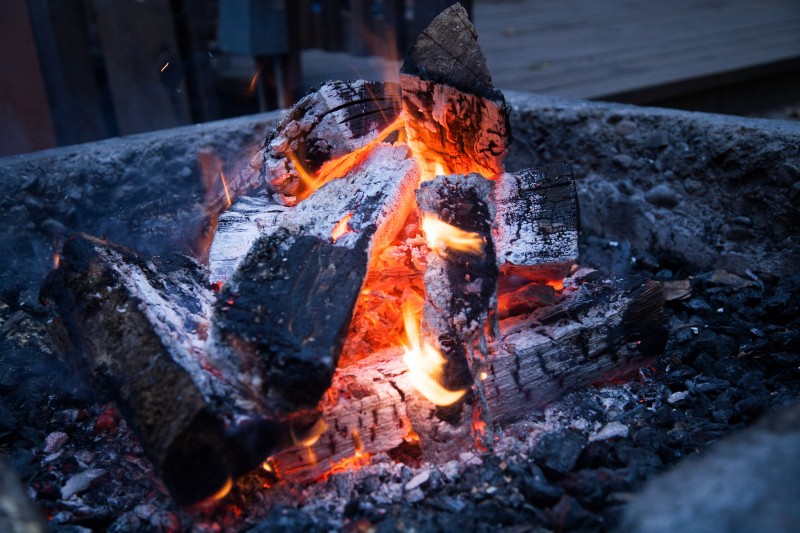 Elle Dhanani met God at summer camp. A victim of intense bullying at school, she felt “camp was home.” It was where she found community and where she felt whole. This past summer, however, all of that unraveled. “I’ve always struggled with my sexuality,” says Dhanani. “I never really knew where I was on the spectrum until this past year. I hadn’t come out to my parents or any of my friends. Camp was the first place I came out.”

Ontario Pioneer Camp (OPC) is a place Dhanani and countless other people, young and old, call home. For years I have marvelled at the people who are products of OPC. They are able to lead a canoe trip just as easily as a group discussion. They are thoughtful and confident, with huge hearts and deep friendships with each other. This is why my husband and I chose to send our children to OPC.

The camp, which operates under the umbrella of Inter-Varsity Christian Fellowship (IVCF), has a set of statements in their code of conduct that some volunteers and staff have disagreed with and refused to sign over the years. Others, like Dhanani, have signed despite their discomfort with statements about divorce and homosexual and lesbian relationships. “I just signed it . . . because I wanted to work at camp,” says Dhanani.

In the summer of 2016, OPC directors decided it was time their staff enforced the part of the staff contract that says, “homosexual and lesbian sexual conducts are not to be practiced . . . Teaching and communicating beliefs that are contrary to these stated practices is not tolerated.” At their Girls’ Camp site, leadership staff were interviewed individually by a camp director and asked what they thought about OPC’s position.

When Jeeae Choi, then program director of Girls’ Camp, was interviewed, she says she was unwilling to say, “Being gay is a sin.” At the end of a long conversation, where the woman asking the questions was visibly “emotional,” Choi was told she had to return home at the end of that two-week session. The next day that decision was reversed. Choi believes this is because the camp directors knew if they sent her home, along with other senior Girls’ Camp staff, many others would follow. This was early in the summer.

Allegedly, nearly 50 Girls’ Camp staff will not be returning to OPC in 2017. Most are acting in solidarity. Some were told they could not return, while some became vocal about their beliefs and identities, knowing this will mean they cannot return.

Dhanani had kept her sexual identity a secret for a full year because she didn’t want her place at OPC to be jeopardized. “I did not come out as bisexual because of camp. I never posted anything about my support of LGBTQ rights on social media.” She was shocked to hear program staff were being interviewed, and felt she had to be honest about her own sexual identity, but this came at a significant cost. “All of a sudden this camp that I called home didn’t want people like me in it.”

I was volunteering in the Girls’ Camp kitchen this summer during the last week of camp and the sorrow in the air was palpable. On the last night, girls embraced each other and cried, saying goodbye knowing they would likely never be all together again. That night my daughter, 12, told me with wide eyes and the sound of grief in her voice that many of her favourite leaders were not coming back. Dhanani weeps as she tells me, “A place that I never felt broken is now the core of a lot of the pain that I feel today.”

I reached out to OPC leadership for an interview so I could understand what happened in 2016 and IVCF responded with an explanation of their hiring process. “Alignment with our Statement of Faith, Code of Conduct and Risk Management policies is . . . a condition of employment. Anyone is welcome to apply to work with us and to go through the interview process. As is the case with any organization, this interview process determines whether or not a candidate is offered a position.” I still don’t know why staff were questioned on their beliefs about homosexual and lesbian relationships. Perhaps it was in response to a movement gaining ground called OnePioneer. OnePioneer is a group of OPC alumni looking for, “a safe place for LGBTQ campers and staff to have the same experience as straight kids,” says Laura Tobin, member of OnePioneer.

I met Laura at camp the summer of 2015 while I was volunteering in the kitchen and she was running the bakery. Laura cared for everyone around her while baking homemade bread and sweets. For 33 years she spent most of her summers at Ontario Pioneer Camp, doing everything from leading outings to being Girls’ Camp Director.

In March of 2016, Laura received a phone call telling her she was not welcome back at camp, “because I was an advocate and didn’t agree with IVCF’s position on the issue of sexuality.” Laura had quiet conversations with camp staff for several years asking for dialogue about LGBTQ inclusion. In early 2016 she wrote a letter to OPC directors and IVCF formally stating her position. “I feel if I had never written that letter I could have continued [to work at camp].” This was a devastating blow to Laura who says she is, “grieving the loss of relationships…and the loss of community, the loss of family.” Laura joined OnePioneer shortly after and is committed to being an ally for the LGBTQ community.

I attended two OnePioneer gatherings in Toronto. At these events I learned many members are living with deep pain. A place they once felt safe, no longer welcomed them when they started to have questions about their own sexuality.

Although there are stories of people like Laura Tobin and Jeeae Choi, who were told to leave OPC, there are many more stories of young people who just never came back. Some came out publicly and knew they couldn’t return to camp, but some spent years not knowing how to define themselves and found themselves struggling and alone.

It is common for Christians to believe individuals choose to be queer-oriented, but at one event a young woman rubbed her hands together nervously and said in a shaky voice, “Why would I choose this?” She described the lack of self-worth she felt and the thoughts of suicide she struggled with when she realized she was queer. She described how much she needed and wanted support from her camp community.

Members of OnePioneer lost so much at the hands of the camp, and yet still speak of OPC with respect. Initially, I thought the respectful attitude towards camp was calculated, that the group had strategized about how they could be most effective. I soon realized, despite the pain they felt, they maintained a profound love for this beautiful place in the woods. The main thing they want is dialogue. As Laura Tobin says, “we do not want to see camp hurt because of this, we don’t want to blame, but we want to engage dialogue. . . we don’t want to be aggressive, but we don’t want to go away. We want to be part of seeing change at Pioneer Camp.”

My observation that OPC produces good people seems so much more true now. Here they are demonstrating generosity and love when many would want to throw rocks and light fires. It seems they would all go back to camp tomorrow if only it were an inclusive place. Elle Dhanani echoes that desire that, “one day people will be able to return and feel loved again. I’m very hopeful that that day will come.”

Kathryn Gray lives in Toronto and is afraid this article will mean she is no longer welcome at Ontario Pioneer Camp where she has enjoyed slinging grilled cheese sandwiches and going swimming in the lake, but has never signed the code of conduct.

Eds note: For further reading, see Kristy Woudstra’s piece in the Huffington Post (March 9, 2017), and Kevin Makins’ video reflection on OnePioneer, “Why We Need Queer Christians in the Church and Disagreeing Well.”