To My White Evangelical Friends and Family in the U.S. 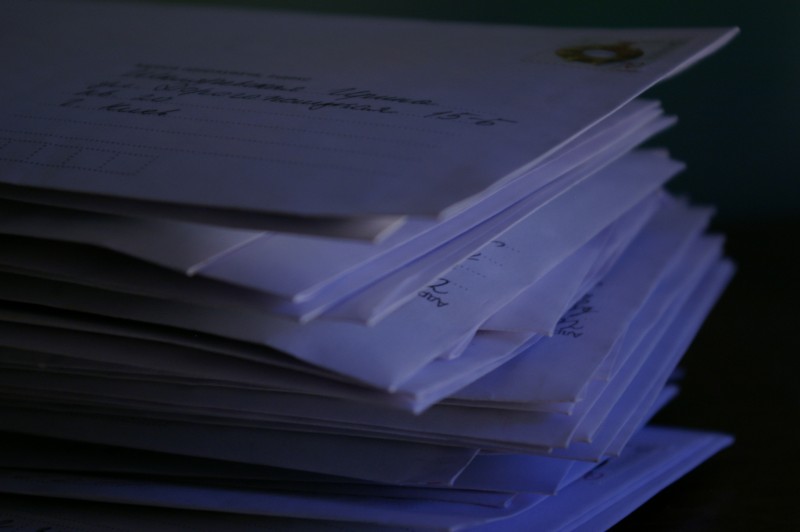 Well, you did it. Against all odds, you came together with an astounding act of unity and made Donald Trump president.

I’m heartbroken, confused, and enraged by your decision to support Trump. I’m sure all of you who know me won’t be surprised to hear that. But what has been even harder to process and accept is your behaviour – as a whole – these past few months in light of what the new administration has been doing.

I’ve been trying to write you this letter for weeks. As someone who has felt your love and support for over two decades – as a member of your family who wants desperately to understand how the people I grew up loving and knowing to be so kind and Christ-like could be the same people I see today – I’m asking for your help.

Why did you do it? And how do you feel now? Are you happy with the direction of this administration?

I’ve heard the popular explanations for why you chose Trump. It was about abortion. It was about shaking up the corrupt system, making a more equal playing field, and “draining the swamp.” It was about bringing jobs back to rural towns that were gutted by neoliberal agendas and mega-corporations outsourcing work to poor countries for cheap labour. Some explanations have been harsher. It was because you’re rural, poor, and stupid – you just didn’t know any better and did what made the most sense to you to get back at the liberal urban snowflakes. Some have said you’re closet KKK sympathizers, bigots, and sexists.

All of these, I think, have at least some merit to them. But these are simplified explanations. I’m one of you. I grew up with you. Felt loved by you. And I know you.

You’re not all poor. You’re certainly not stupid. Many of you are rich and well-educated. And surprising to me, you haven’t talked much about abortion. Or the economy. Or “evil Hillary.”

But you have talked a lot about your faith. And America. And making it great again.

Outsiders still don’t quite get it, but I think I’m starting to. Here’s what I’ve learned these past months, backed by two decades of growing up with you as a devout believer:

You really believe in white superiority, and you think this doesn’t make you racist, just realistic.

You don’t care about the earth. And you think environmentalism – or any limits to economic growth in the name of preserving the earth – is anti-Christian, a denial of our basic human rights given by God, and a dishonour to your creator.

You believe Islam is evil, and that all Muslims, no matter how nice they may seem, are on the wrong side in a cosmic battle between the forces of light and the powers of darkness.

You believe that the U.S. is a Christian nation, or at least it was, and that all non-Christian influences, non-Western cultures and languages brought in by immigrants, are a profound threat to the U.S. and the world.

You believe that the U.S. government is fundamentally different, more important than other ruling systems, because the salvation of the world hinges on America fulfilling its duties as God’s chosen nation, the New Israel.

You believe Black Lives Matter and any other group of ethnic or sexual minorities demanding to be treated with dignity are selfish, dangerous, and destroying American unity.

You believe sexual abuse is a bad but greatly exaggerated problem in the U.S.

You think Native Americans don’t have any more say than you do in what happens to the lands they call home.

You are desperate to be seen as not racist, not sexist, not bigoted. But you blame minorities, women, and the left for any negative images portraying you as such.

You will do anything to protect your own kind, but you don’t really care if people who don’t believe what you believe suffer tremendously.

You spread far and wide any stories of minorities doing something violent, but when the news media report on white American terrorists shooting brown-skinned people or yelling at them to go home, you fill your social media pages with kitten memes.

You love the American military but you don’t support the troops when they come home, especially if their stories contradict your patriotic narrative.

You believe that any tax money spent to help others who aren’t Christians is an abuse of your faith and an insult to God.

You believe you are victims, and that you suffer as much or more from persecution than any other group. And that people hate you because of your faith and because they hate God.

You’re scared. You know you just did something incredible. You flexed your muscles, and the world changed.

You’re also excited. That power feels good. And nobody’s gonna take it from you.

These are things I’m hearing from you, old friends. Not from your critics, but from you. I hope you’ll show me I’m wrong.

I can never forget your kindness and love to me. But I don’t trust you anymore. My days of relying on and defending your friendship and kindness are over, and I fear for the safety of my “minority wife” and our future “mixed-race kids” in your America.

I’m no longer able to worship with you in good conscience, because despite my love for you, I don’t think we worship the same god. Your god gives you power to dehumanize your neighbours and paint yourselves as the victims of all the people that make you uncomfortable.

It seems to me that preserving a narrative that justifies your way of life is more important to you than my friendship or safety. And if I really threatened your narrative, you’d abandon me. Or hurt me.

And yet, I want to believe most of you are better than the narrative you’re protecting. As things stand now, I will always be more than happy to talk, or lend a hand if you need anything. We are still family. But I won’t be sharing much of my life with you.

Instead, I’ll be watching and listening closely to what you say and do, to best know how to protect my loved ones from the wrecking balls of hate and fear you’ve unleashed.

I shared your narrative for a time. I needed the same enemies. And when I was helped by one too many evil others and my narrative of white Christian America began to unravel, it was terrifying. I was suddenly not just wrong, but complicit in many terrible things.

But I’ll tell you what I’ve learned. When white Christian America died in me, Jesus stayed. And when I faced the reality that I’d been fighting for Caesar in the name of Jesus, and repented – suddenly the glory of god was everywhere: on the faces of everyone I met, and bursting from creation; when I no longer saw every nonbeliever as a threat or an “assignment.”

You’re on the wrong side, friends. You’re destroying your beautiful faith and witness and using Jesus as a weapon in a war for white power.

I don’t know if you’ll escape. I’m not sure you want to. Right now, you’ve got a system of power that has pledged to destroy anything and anyone that endangers your narrative of white Christian American superiority. I can imagine that’s hard to give up.

Until you do, you will consider me your enemy along with the rest. But don’t forget who is drawing the lines here. If you need anything or want to talk, you know how to reach me.

Raised in Washington state, Seth Martin is a folk musician and U.S. citizen living in Korea. In 2008 he toured the U.S. for two and a half years.