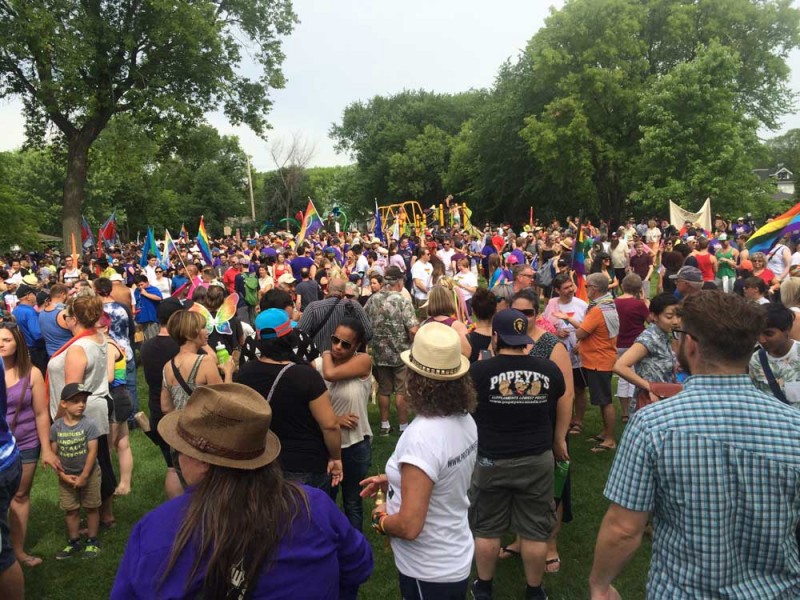 A small, Bible-belty city in Canada held its first Pride parade in July. With a population of roughly 14,000, the politically and religiously conservative town of Steinbach (pronounced “styneback”), Manitoba, was flooded with more than 3,000 Prideful people, most of whom came from the nearby, more-progressive (relatively speaking) city of Winnipeg.

Police had to open a second street to accommodate the numbers of boisterous marchers as they made their way to city hall.

In the speeches that followed, a Mennonite farmer spoke about how his church repeatedly rejected him for being gay. An Indigenous two-spirited person spoke of how they had been denied a spiritual community on the basis of their sexual identity. A Hutterite man recounted a damaged and isolated childhood. A Christian woman talked about how, when she came out, her faith community promised to pray for her soul.

These stories are not new. Overwhelmingly, the narrative of the LGBTQ* experience within the church community has been fraught with misunderstanding – sometimes fearful, sometimes willful – and negative assumptions. There have been awkward and nonsensical welcoming-but-not-affirming dance-arounds and blatant expulsions.

The church has a nasty habit of not dealing with difference. Conservative evangelical preachers often take that scriptural bit in Galatians about there being neither black nor white, slave nor free, male nor female “for we are all one in Christ Jesus” to mean there is no further need for inclusion and equality. In other words: we already have a unified status quo under one white, cis-gendered, hetero pulpit.

The story of Steinbach Pride could have addressed this negative climate and said a giant “fuck you” to this washing away of different experience (as we expected it to).

On the contrary, a shocking thing happened.

These speakers affirmed the church as an integral part of their lives and called for a radical reimagining of community integration for both the church and LGBTQ* peoples.

Hutterite Tyrone Hofer finished his speech by addressing all Christians who struggle to accept and love LGBTQ* people with, “Instead of asking yourself What would Jesus do? ask yourself What did Jesus do? What Jesus did practice was a radical openness and acceptance of all people, no matter who they were. Simply follow Christ’s example, which can be summarized in these words: ‘Unconditional welcome and love.’”

Mona Mousa concluded her speech by challenging the faith community, “Remind me what it means to be Christian again,” after which she quoted 1 Corinthians 13:13, “The greatest of these things is love.”

Diversity needs to be understood as a strength rather than a destabilizing force. We see evidence of this in the LGBTQ* movement, and we see gestures of it in the early church. Diversity requires constant, thoughtful attention, and it requires participants to speak with care and acknowledge when they get it wrong.

Steinbach Pride was a revelation of grace and forgiveness, facing a contradiction and hoping for a future in which the defined liminal space of the LGBTQ* community and the fragmented whole of the church might be united by difference.

Rachel Barber and Mandy Elliott are on the board of Geez magazine. They attended Steinbach Pride as Geez reps. 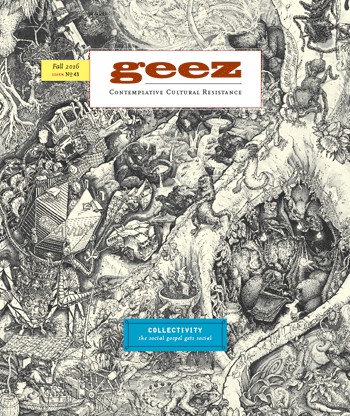