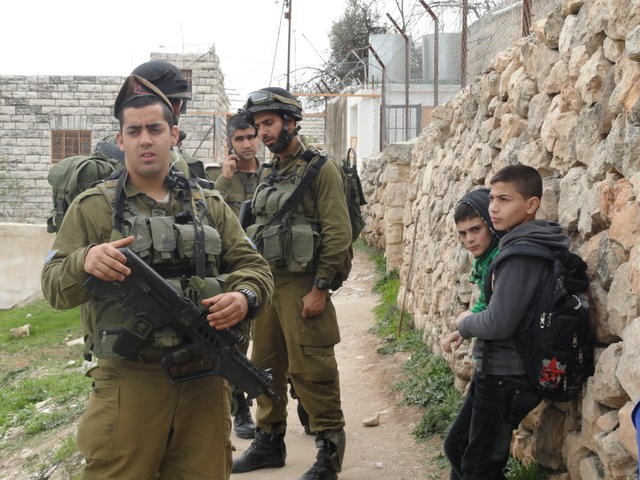 Children interrogated on the way to school, Hebron. Credit: http://cpt.org/index.php?q=gallery&g2_itemId=25112

Brian McLaren is an emergent-church theologian. In 2010, he went on a tour of Israel and Palestine, where he met Muslim, Christian and Jewish peacemakers. Geez publisher Aiden Enns asked him what he thinks of Christians visiting the Holy Land.

Do you recommend that Christians travel to Israel and Palestine? Why or why not?
I do recommend Christians travel to Israel-Palestine with one proviso: that they make sure to visit both sides of the wall in the company of Palestinians as well as Israelis. I’d strongly discourage anyone from taking a trip that only presents the “holy land sights” – whether that trip is arranged by a Christian organization or by an Israeli tourism organization. I think that visiting the holy land without sensitivity to the current political realities would be fundamentally unholy … a lot like “straining at a gnat and swallowing a camel,” to quote Jesus.

It’s one thing to see ruins from the times of holy people of the past; it’s another to see places where today’s holy people are doing what Jesus taught – suffering for justice’s sake, taking risks as peacemakers, turning the other cheek, walking the second mile, doing good to those who persecute them. It’s one thing to recall the holy times of Moses or David or Jesus – it’s another to support those who are showing the faith of Moses, the courage of David and the compassion of Jesus in today’s unholy political realities.

What is better about the kind of tourism you recommend (for example, In the Footsteps of Jesus tours) than the tours advertised by the State of Israel?
Sadly, a lot of tourism in Israel is about indoctrinating Americans in a misleading narrative that tells only half of the story. If you’re going to spend the time and money to be there, you owe it to yourself to get an honest, unscripted, balanced, realistic picture – and that can only be done with the help of tour guides who will be sure you meet both Israelis and Palestinians . . . both settlers and refugees . . . Christians and Muslims and Jews and secularists. I’m so grateful for the couple who led our tour, introducing us to Israeli settlers, Palestinian Christians and Palestinian Muslims, so we could hear their stories and begin to grapple with a complex reality that can’t be captured by anybody’s glossy brochure. 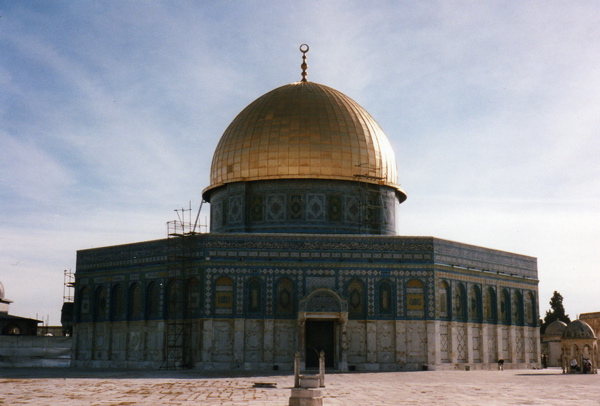