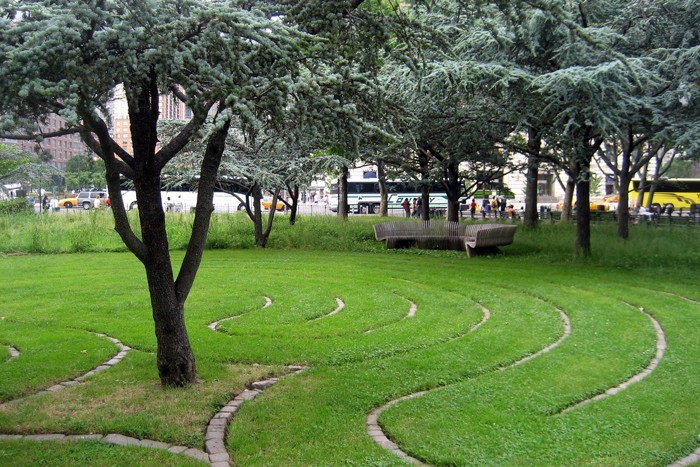 If following Jesus had nothing to do with action and activism, I’m pretty sure I would have left the church many years ago.

I count myself lucky to have grown up a member of the Religious Society of Friends – a denomination that speaks to the church as a whole about Jesus’s call to be peacemakers and enact love for neighbours. Friends (or Quakers), at our best, seek to live as if God’s kingdom is already present on earth. We have stood up for peace and justice in areas such as anti-slavery, women’s rights, prison reform and conscientious objection to war. This peace work flows out of our worship together, which is a time of silent waiting, a time where we come together as a community and listen to how God is calling us to live out the radically inclusive kingdom of God in the world in our time.

The Christian peace activists I admire from history tend to be contemplatives and mystics like Francis of Assisi and Hildegard of Bingen, and Quakers such as George Fox and Elizabeth Fry. These are people who spent a good deal of time deep in prayer or meditation. Not only did they spend time focusing inwardly on the transformative power of God’s loving Spirit, but this time in contemplation also propelled them into action.

One such contemplative peacemaker was Francis of Assisi, a young man of means in the Middle Ages who took Jesus at his word and sold all he had, stripping naked in a court of law to renounce his possessions. Many men and women, including Clare of Assisi, heard the same call and took vows of poverty and community, providing health care and food to those in need. Another contemplative-activist was John Woolman, an 18th century U.S. Quaker. He spent time in silent meditation on God with his Quaker meeting, and he also prayed and read the Bible often on his own. His business as a shopkeeper grew so profitable and busy that he felt led to ply a different trade so he would have more time to spend with God. As he spent time in contemplation, he felt a concern that Quakers and others were keeping other human beings in bondage through slavery. He began a quiet, nonviolent crusade to convince the Quakers in his area and beyond of the injustice of the institution of slavery. As a direct result of the Spirit speaking through his life, Quakers became influential in the anti-slavery movement, refusing to buy products made by slaves, hosting stops on the Underground Railroad and pushing for legal reforms.

All of us can envision a world that is better than the one in which we live, and we each catch glimpses of it when we allow ourselves to soak in the Divine presence. But when we disconnect from this deeper reality we begin to act in ways that are contrary to Jesus’s message of peace. We try to fast-track our spiritual experience while ignoring the importance of loving relationships and the contemplative inner peace on which they’re based. Sometimes we act as if saying just the right words will make God act as we would like. At other times we rely too much on pastors and politicians, outsourcing our spiritual and peacemaking work to our leaders.

Jesus encouraged his followers not to seek quick fixes but to connect with the Spirit of God and translate that relationship into action. He spoke of a kingdom that would break down barriers of class, ethnicity, gender and hierarchy, replacing these walls with bonds of love. He envisioned a community where each person lived out powerful, transformative love received from the Spirit and enacted in a way that overcomes violence.

Sometimes I feel discouraged by the weight of the injustice in this world. It is at these times that I’m encouraged by my spiritual ancestors. I remember their courage and their deeds, and I try to remember that their work grew out of their attentiveness to the still, small voice of God. They returned often to quiet, rejuvenating reflection on the One who does not desire offerings or holy days so much as justice, mercy and humility. In my best hours, I follow their example.

Cherice Bock lives in Newberg, Oregon. She cultivates inner peace through gardening: caring for the land, growing relationships and healthy food at a community garden, spending time in the dirt weeding and harvesting and offering ample time for her two young boys to get dirty and play outside and pick their own snacks right off the vine.