Christo-anarchism is a move toward non-domination 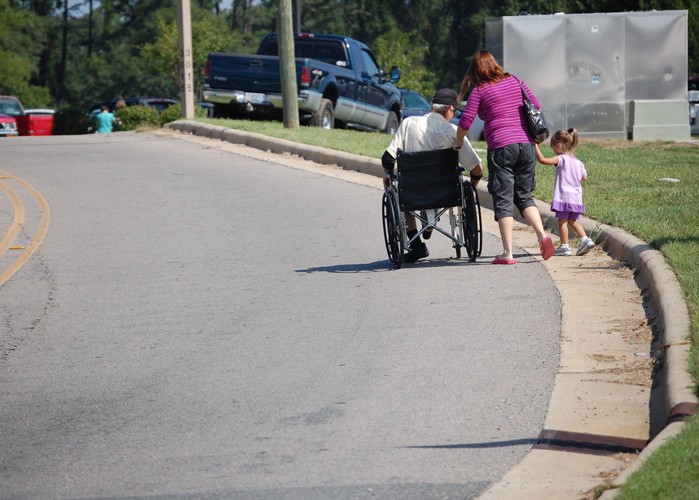 As a Christo-anarchist, I have trouble finding comrades.

“No gods, no masters” is a slogan embraced by most anarchists. Many anarchists I know assume that Christo-anarchists are either anarchists who refuse to let go of their childhood fantasies or Christians who really don’t understand anarchism. Their assumptions are often correct.

Anarchism, particularly as a loose set of principles, doesn’t often “play well” with Christianity. Most Christians I know assume that I am either amazingly impractical or a heretic. (I am more comfortable with the latter than the former.)

And so, in the interest of making some new friends and allies among you lovely Geez readers, I want to explore some common questions about the anarchist impulse in Christianity.

What does anarchism mean?
Defining anarchism is problematic because it makes assumptions about authority, but I’ll give it a shot. “An-arch” means contrary to authority or without ruler. So anarchism is the name given to a principle or theory of life and practice under which a collectivity or group of people may be conceived without rule. Specifically, anarchism is traditionally understood as both critiquing the State and promoting a stateless society.

That is the basic textbook definition. Most anarchists go further, trying to name those things that oppress or give the State its power; therefore, they seek to reject or undermine other forms of static authority in human relations, recognizing the many forms of oppression (class, race, gender, species, etc.) that make up a system of domination. In recent years, anarchist organizing has increasingly focussed on economic concerns, suggesting that there are things more powerful and oppressive than the State. Michael Hardt and Antonio Negri (and others) point out that “empire” is supernational, being driven by international banking and supercorporations. It would be fair to say that being anti-capitalism or anti-globalization is as important (or, perhaps, even more important) as being against the State.

What’s a Christo-anarchist?
I am an anarchist because I believe that our world works best when we live with a sense of mutuality – when we care for each other and the land. I’m a Christian because I believe Jesus shows us a way to do that, and I believe this way is rooted in the source of all life. To be a Christo-anarchist is, to me, the logical conclusion of taking Jesus seriously when he calls us to love God and neighbour.

Christo-anarchism refers to the insight that Jesus’ vision of the (un)Kingdom of God has anti-domination, anarchic implications; it also assumes that only by nurturing practices centred on the presence of the living Christ can we move from domination to non-domination, from death to life, from oppression to liberation and from alienation to love.

Practically speaking, this affects most of our choices in life. Being a Christo-anarchist isn’t a position one has or an ideology one holds, it is practising non-domination, liberation and love. Do you care about homelessness? Rather than voting for a progressive candidate or complaining against the wealthy, offer someone your guest room or couch. Become friends with some folks who are homeless. Being a Christo-anarchist is about putting love into action. As long as love is an abstraction, you probably aren’t loving. The more concrete your love, the more you challenge oppression.

How can you be an anarchist and worship a heavenly King?
Some definitions and expressions of religion assume a controlling, dominant God. Most also assume social structures and hierarchies that anarchists reject. Christian anarchists usually get around this in one of two ways: a) They say the anarchist critique doesn’t apply to God and God-ordained systems. . . that anarchism is only about human-made things. Or b) they suggest that it is possible to hold communally shared spiritual beliefs, practices and stories without affirming social hierarchies and authority (as typically defined). I fall into the second category.

To me, it makes no sense to say, “God is a big King who can obliterate all other kings; therefore, I’m an anarchist.” I would rather say, “The way God sustains and shapes existence and calls us to be in deeper relationship is the opposite of how kings function; therefore, I am an anarchist.”

Jesus is an unking, as my friend Jason Evans calls him. He is the king who subverts kingship. Despite our popular images of God, I don’t believe God is interested in either hierarchy or control. Where the president of the United States insists on a troop surge, Jesus calls people to love their enemies. Where dictators seek to secure their own power and prestige, Jesus calls people to serve one another and lay down their lives for friends.

I worship the one who transcends and excludes kingship, the one who calls me friend. But I don’t think it would be accurate to say that I “obey” him in the way that servants obey masters. That is just a first step – a metaphor. Just as most green anarchists believe they should respect, cherish and affirm nature, I am called to worship and love the source of life. Semantics? Not to me.

Aren’t Christians supposed to “submit to governing authorities” and “render unto Caesar”?
Passages like Romans 13 (where Paul instructs Christians in Rome to submit to the government) and Mark 12 (where Jesus says to “give to Caesar the things that are Caesar’s”) are problematic for Christo-anarchists. But upon careful reconsideration, each passage is more anarchist than it would first appear. I’ll take these passages up briefly here; see Jacques Ellul’s Anarchy and Christianity, John Howard Yoder’s The Politics of Jesus or my book That Holy Anarchist for more comprehensive answers to this question.

In Mark 12, Jesus is seemingly backed into a corner by the Pharisees and Herodians, who ask whether it’s right to pay taxes. He points to their coin (no good Jew should have a graven image like a coin in their pocket to begin with), exposing idolatry and saying that such things belong to Caesar already, not God. If you’ve got any Caesar-stuff, it should be rendered accordingly. But what is God’s belongs to God.

Dorothy Day offers this quip: “If we rendered unto God all the things that belong to God, there would be nothing left for Caesar.” That gets to the heart of the passage more than anything else I’ve read.

In my estimation, Romans 13 presents the larger problem. Some Christians (like Ammon Hennacy) get around this by simply rejecting the writings of the apostle Paul. However, I would like to offer two insights that help reveal the intent of the passage.

First, the call to “submit to governing authorities” occurs immediately after Romans 12, where Paul challenges his readers to bless persecutors, live peaceably, never avenge, feed enemies and overcome evil with good. Given that Paul is likely drawing directly from Jesus’ teachings, it may be best to interpret the call to “be subject” as an application of the call to “turn the other cheek,” as another way to subvert the power of the ruling empire. It is not a call to mere obedience or happy citizenship.

Second, John Howard Yoder and others have challenged the common translation of the phrase “the authorities that exist have been established by God.” Yoder argues that “the authorities have been ‘restrained’ by God” is more accurate. Paul could be advising readers to refrain from revolt because God is already restraining the rulers.

From Paul’s perspective, the first-century Christians in Rome should not revolt; they should love their oppressors and leave wrath to God. This isn’t because the Roman government is good, but because followers of Jesus are called to the way of love for all. So Paul argues against violent resistance, but his words leave room for nonviolent struggle.

Aren’t anarchists a bunch of young white males? How does that help the struggle for justice?
It certainly doesn’t help: it’s a stumbling block for many Christo-anarchists. It is challenging to find a place within anarchist circles if you aren’t a white male (as I am). When you combine Christianity and anarchism it gets even harder to nurture a safe place. It’s like joining the whiteness of anarchism with the heteronormativity and latent patriarchalism of Christianity.

Considering that anarchists aim to diminish the structures of domination – to align with feminists, to come along-side people of colour and combat racism – we certainly have a great deal to work on here. I look to anarchist people of colour and anarcha-feminists, like my collaborators Nekeisha Alexis-Baker (see her article on page 54) and Joanna Shenk (see her column on page 14) for direction on these matters.

If it’s so tough being a Christo-anarchist, why bother?
Whether we like it or not, those who embrace Christian anarchism are going to find it difficult to really “fit in” with either the mainstream anarchist crowd or the mainstream Christian crowd.

But what is the alternative? Mainstream Christianity has become complicit in the very injustices Jesus confronted. And conventional anarchism leaves me cold – lacking in beauty and mystery and hope that we can ever become more than we are.

Christo-anarchism is the way of repentance, of rejecting, like Jesus, the three temptations of Satan, saying no to our religious, economic and political dominance and working toward a world where nobody has power over another.

The temptation is to try to force it, to try and show why our views fit “perfectly” within our theological traditions or show anarchists how we’re just like them (except that we pray). But I don’t think we should try too hard to fit in at all. Instead we should embrace our peculiarity and let it become our strength. Let us focus on how we can offer a unique perspective and give flesh to that perspective. Instead of trying to blend in, we should find a way to speak boldly as we forge a path that aims to be faithful to the way of Jesus in provocative ways.

Mark Van Steenwyk is a co-founder of the Mennonite Worker (formerly Missio Dei) in Minneapolis. Mark is a writer, speaker and grassroots educator working with groups to help them live more deeply into the radical implications of the way of Jesus. He is one of the facilitators of JesusRadicals.com and co-host/ producer of the Iconocast podcast. Mark has contributed to several books and is the author of That Holy Anarchist (Missio Dei, 2012) and the forthcoming unKingdom of God . If he were at an anarchist DIY festival and had to make his own T-shirt, it would say “anarchism rules!”