A dash of cold water for Christian anarchism 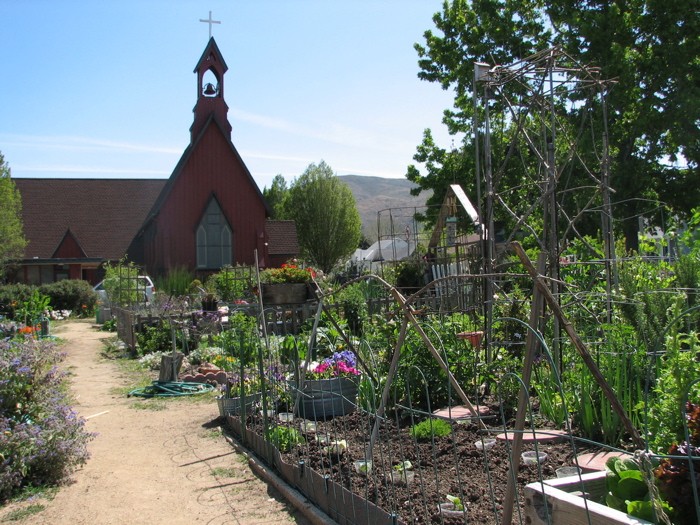 We each have our ministry.

Some serve tasty meals in homes brimming with hospitality. Some offer helping hands to those currently down and out. I pour cold water on people’s heads, and that’s what I’m going to do here.

This image, I trust, is more redemptive than it may first appear. Yes, if you’re having a fine rally with friends, everybody is agreeing with everybody else on matters of great import and both hopes and spirits are running high, the last thing you want is some fuddy-duddy raining on your parade.

Yet if you’re over-excited, maybe even fevered, and your enthusiasm is driving you to extremes, then a splash of cold water might be just what you want. The best shower I ever took in my life was after a hockey game in which we worked very hard to protect a very bad goalie. The ancient water system was broken in the dressing room and only cold water poured out from the shower heads. Overheated as I was, I stepped in and let ‘er rip. It was a blast of instant refreshment. That’s how you’re going to feel once you’ve read what I have to say. Or maybe just irritated. Let’s see, shall we?

Christian anarchism has many attractions for someone like me, among them a spirit of elite alienation from what Most People think and do, a sense of (self-)righteousness, a validation of raging frustration, and a simple solution to the most major and vexing of problems – from economic injustice to political oppression to spiritual deadness to terrorism. “Why can’t we just – ?” is the anarchist’s favourite sentence stem.

I once was, myself, a – well, not a Christian anarchist. But in my university years, I read Jacques Ellul and John Howard Yoder (both of whom I was later to teach, and with the latter of whom I enjoyed several good conversations and a leisurely lunch). I read other Christian pacifists. And, under the influence of my British Marxist professor of European intellectual history, I read some of the classic authors in the genealogy of anarchist thought, such as Pierre-Joseph Proudhon, Mikhail Bakunin, Charles Fourier and Georges Sorel. Later, I would read Daoist classics and along the way kept bumping into authors valued by this or that anarchist, from Thomas More to Jean-Jacques Rousseau.

How could a young person help but be attracted to such thinking? Stupid, selfish middle-aged people had spoiled much of the world and were busy exploiting what was left of it – when they weren’t constructing elaborate (but transparent) ideologies to rationalize and justify their rapacity and abuse of the innocent. I knew my heart was pure – or, at least, a lot purer than theirs. So throw out the oppressors! Free the goodness locked away by alienating structures! Let a thousand flowers bloom! Ecrasez l’infâme!

Jesus, I clearly saw (and clear-sightedness is one of the benefits of this point of view), collaborated with no institution and endorsed no regime. His gospel was a message of creative freedom, individual dignity and mutual responsibility and care. He and his disciples enjoyed tramping about the countryside, living on the margins, engaging people as they found them, giving to each according to his or her need. Small was, indeed, beautiful.

So why in the world wouldn’t we do the same?

First, the “not being Jesus” part. One of the crucial features of most Anabaptist thought is what church historians call (without negative connotation) primitivism: an understandable longing to go back to the days of Jesus in Galilee that translates into a hermeneutic that places Jesus’ career as the guiding light of how we ought to live today. Of course, the tradition of imitatio christi is a long and justified one. But imitation of Jesus is not a straightforward matter. Jesus didn’t hold down a full-time job: in fact, he relied on the charity of others. He didn’t marry or raise children. And his life work was done in his early thirties, so he gives us precisely no example for what is more than half a normal lifespan.

The early church, however, did generally seek regular employment, get married, raise kids and lead full lives. They knew that Jesus was their example in some key ways and not in others. We have to make similar distinctions – between our generic humanity (about which Jesus’ life can show us much) and our particular vocations (which in some ways extend Jesus’ own, and in most respects vary greatly from his). So the “Christian” part of “Christian anarchism” is actually a complex interpretative question that cannot be resolved by “just” following whatever Jesus said or did.

Second, living like Jesus doesn’t get done what Jesus wants done – not in every respect. For Jesus wants what God wants, and God’s first commandment in the Bible is to make shalom – to take the good world that God has made and to cultivate it, to make something of it, to encounter every situation and try to make it better. Note: God’s commandment is not to “stay pure,” a kind of double negative that is typical of a lot of Christian ethics: “Don’t sin!” “Don’t get implicated in anything compromising!” “Don’t commit violence!” God’s commandment, then and now, is a positive one: cultivate. Make things better. It’s not enough to say, “See, Lord? I kept the talent you gave me and didn’t lose a penny of it. My record is unbesmirched by moral compromise. I didn’t get much done, sure, but I didn’t come even close to risking my purity.”

Now some Christian anarchists would properly retort that it is jolly good trying to get things done, but better to do so “the Jesus way.” They can eat their ethical cake and have it, too. So does Christian anarchism bode to make things better? I don’t think so. Probably eastern Spain, around Barcelona, during the early twentieth century is the best case of anarchism actually being practised in a sustained way by a significant number of people. That’s pretty much it, though, for a “tried and succeeded” list. Dorothy Day? Leo Tolstoy? Noam Chomsky? Sure, they have brought light into various patches of darkness (although Day, in my view, a lot more than Tolstoy and Chomsky). But that extremely small-scale influence is supposed to be the guiding ethic of the global church? There isn’t much hope there to believe that Christian anarchism will in fact bring shalom to the world. And since I think Christians ought to pay attention to everything we know, and not just some favourite Bible verses, the pathetic record of actual anarchist movements deserves a serious look. If we want to make shalom in the form of positive social change, then we ought to look at how positive social change has come about. Has anarchism a strong record? Not so far as I can tell.

But on explicitly Christian grounds also, I don’t think anarchism makes sense. It doesn’t take seriously enough the sin in human hearts, including (and perhaps especially) in the hearts of us Christians – yes, even we evangelicals who feel so superior to those other mindless, soulless Christians who have so obviously departed from the lucid counsels we teach each other. If we take away the structures, will a thousand flowers really bloom? And then another generation? And another? Or is the kingdom of heaven more like a mixed field, or even more like an arena of moral struggle to which the Holy Spirit devotes considerable energy to restrain evil through fallen, corrupt and yet also somewhat effective institutions such as government and its sword of military, police and judicial forces?

I want to grant freely that I might be wrong. Maybe I’m just a sadly compromised, luxury-loving, unimaginative, burned-out middle-ager. Maybe, in fact, blowing shit up – or (nonviolently) letting shit happen – might be all that’s necessary to let everybody just get on with their native creativity and co-operation.

But show me where that’s worked and what’s been the result. The Berrigans? Martin Luther King Jr? Mahatma Gandhi? Bore into the history of those times even a little and you’ll see that a lot of political realism executed with dirty, even bloody, hands made the crucial difference. The antiwar movement didn’t win a thing: the Viet Cong did. MLK is indubitably inspiring, but without Stokely Carmichael to his violent left and Lyndon Johnson to his ruthless right, he was getting nowhere. And Gandhi could teach us all a thing or two about media events, hard-nosed negotiation and economic pressure.

Perhaps, instead, we need to work at removing what shit we can, detoxifying or containing the shit that remains and working to improve what isn’t shitty in the world – as much is not – so that shalom is maximized. We will get dirty in the process, but that’s what’s required.

What I’d love to see is all this Christian anarchist passion, critique, activism and creativity directed strategically to particular issues and institutions where it will be received positively, where it will actually do some good. If in any particular circumstance revolution is truly possible, then groovy; I’ll join you at the barricades. But history shows that revolution mostly isn’t: not truly peace-full revolution. And history bears few, too few, examples of patient non-violence actually stemming violence and producing lasting, significant social change. So I hope you’ll understand if I don’t risk the lives of myself and others for a hermeneutic that I think is simplistic and a political philosophy I find to be dangerously idealistic. Too much is at stake.

Anarchism, to me, amounts to an expectation of miracles: political, economic, sociological, psychological and spiritual miracles. It isn’t the way the world normally works. I believe in miracles and I love the idea of them, but scripture and church history suggest to me that we are not to replace our daily duties of shalom-making with hopes that God will specially intervene to do all the tough stuff for us. Instead, I think we’re supposed to garden – and gardening, as we all know, means getting your hands dirty, doing the best with what you’ve got, doing violence to pests, dealing realistically with the constraints and opportunities of the situation and taking the long view – with hope of a good harvest to share.

There, now. Wasn’t that refreshing?

John G. Stackhouse Jr. holds the Sangwoo Youtong Chee Chair of Theology and Culture at Regent College in Vancouver, B.C. To resist the hold of the academic hierarchy in which he enjoys a lofty perch, he drives home every evening to his family. There, the mighty are brought low.