Behind the activist celebrities is a league of great women

We profile a lot of men in this magazine – often, great dudes who are leading or participating in some radical activism and organizing. Geez wants to actively seek alternatives to the white-male Shane Claiborne archetype. Where are the women leaders of radical Christian movements? Why is it that the work of rad women often goes unnoticed? Is it because their work is unique in some way? Is it because the world of celebrity, of taking up space, is a more distinctly male activity within patriarchal society?

One interviewee wondered if women do “activism that isn’t always regarded [as] the work of activism.” Sometimes it’s a little different from the work we’re used to talking about. And that’s okay: in a world where radical community still has some sexism to work out, feminist organizing has to find its own way.

Let’s celebrate the work women are doing within our communities, and also dissect the structural and social circumstances that affect how we discuss that work.

We’ve started by profiling some of our favourite lady-activists. Next, we want to hear from you about who in your community deserves more cred – and whether you have any theories on why they’re not getting it. 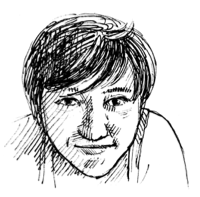 Kaitlyn Duthie is an activist with an international development background who lives in Faith House, an interfaith, live-in community in Ottawa, Ontario. She hopes the interfaith community can “branch out from the traditional Christian sense of community living and [open] it up” to people of other cultures and theologies. “I think one of the biggest challenges has been that sort of radical hospitality,” she says. “It’s difficult [. . .] when you’re opening up your private space to other people.” By choosing to start a community, Duthie created an environment where activism wouldn’t just be something she worked on, but constantly lived. “In traditional faith based activism…you’re in the community and you’re doing very difficult work,” she says, “but when you open up your house I think it presents a whole different area of struggle.”
That’s not to say that community overtook her individuality. Everyone who lives in the house works on their own projects outside of it. Duthie volunteers and organizes with Development and Peace, a Catholic lay organization for social justice and anti-war activism throughout the world. “All of those opportunities enrich what we want to do as a house,” she says. “You have access to a support network that reaches all of these different communities.”
Duthie’s activism is rooted in her faith work: “A true theology of liberation calls us to stand on the side of those that are oppressed and marginalized in society.” 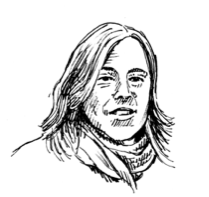 Jan Braun is a queer Mennonite novelist, and General Secretary for the Student Christian Movement of Canada. Braun’s novel Somewhere Else was described by acclaimed author Miriam Toews as “beautiful and powerfully affecting.”
In her current position, Braun helps organize conferences and offers funding and support for Christian student projects. She describes herself as “trying to coordinate students who are in the developmental stages of thinking about activism, who are full on activists, who are very experienced or anything in between.”
Braun wants to see people questioning the roles women take within activist organizing. “These are things I think about all the time. Who are the people who take the minutes? Who are the people who take the notes? Even in our radical communities … we’re still facing these types of things that still fly under the radar and are still seen as not important things to address,” she says. “In a lot of ways sexism does prevail.” 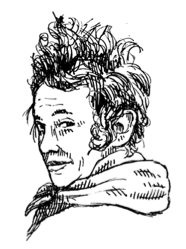 Haley Zavo is on maternity leave from her work as Assistants Coordinator for L’Arche Cape Breton, an intentional community of people with developmental disabilities and their assistants. This alternative to the traditional client-worker dichotomy of most group homes allows assistants and residents to live as friends, honouring everyone involved as participants in the shared project of creating a home.
For Zavo, living within L’Arche both is, and is not, an activist thing to do. “What’s your definition of activism?” she asks. “I think it is, but I think it is in a very gentle way … L’Arche seeks to be a sign in the world . . . Hopefully we are able to change things little by little.”
She points out that many elders who have lived in rural communities think of their work as natural rather than radical. “Slow down and look around and learn from our elders,” she says. She points to members of her town who organize benefits, ask how they can make newcomers welcome, or bring food to people who are ill. “People here know so much about community without being told they’re living in intentional community.”
This year, Zavo is taking maternity leave to focus on building her own family within the larger community. Zavo thinks people can learn from the choice to take rest and seek spiritual nourishment. “You can’t be successful in anything if your centre or your core is not nourished,” she says. “You can’t change anything on the outside if you’re not changing on the inside.” 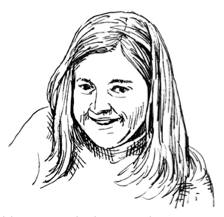 Caitlin Reilly-Beck is a youth ministry leader out of her parish in Ottawa, Ontario. “Activism and faith have always come from the same place for me,” she says.
Ministry in a parish so focused on social justice and radical forgiveness poses challenges she’s proud to work through. The parish hosts a play school and a drop-in centre for women and children: “just by hosting that in our building there’s a certain awareness [of what] women face, particularly street-involved women,” she says. The same building also opens itself for anti-sexist organizing of a deeply different sort – a voluntary program for previous sex offenders who want to stop perpetrating harm, called Circles of Support and Accountability. While it’s understandably been challenging to “build a community where both of those [groups] can exist together,” Reilly-Beck has found that the best way to bridge the different needs in the community is to listen and respond to the concerns of all parties involved.
Reilly-Beck finished her master’s degree in Liturgical Studies at the Institute of Sacred Music and Yale Divinity School. Her studies made for an experience she describes as deeply activist in its own regard. “There are a lot of people in this world . . . who’ve been silenced,” she says. She hopes that churches can use the worship process as an opportunity to build radical hospitality, a space for “making sure every- one feels like they can join their voice to the song.” 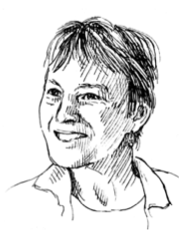 Lynda Trono is a United Church minister in Winnipeg and a promoter of the Charter of Compassion, an interfaith declaration written by Karen Armstrong that takes variations of the Golden Rule and implements them in a neutral, activist setting.
For Trono, it’s personal. “My son, he converted to Islam,” she says. Trono took on the task of learning more about her son’s religion. Her work is rooted in an interfaith dialogue – one where there’s not only one way to reach the divine or become a good person, but many. “We’re all saying the same thing.”
She thinks it’s important that activists work together across theological borders to achieve the same goal — fighting capitalism. “We live in a culture of so much consumption,” she says.
But Trono is not sure she’s an activist. “I don’t know how rad I am,” she laughs. “I have a car.”

Katie Toth is a lover and (non-violent) fighter based out of Toronto, Ontario. Follow her on Twitter at @kat_toth for more feisty queer theory and feminism.

Do you know of a woman we should feature in Geez?
Email us at editor (at) geezmagazine (dot) org.