What happened to girl power? 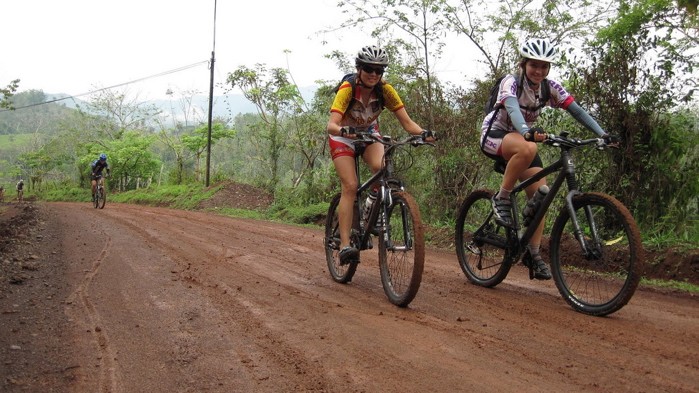 My 6-year-old daughter went to a birthday party this week.

She came home with red nails, glitter on her eyelids and a whole new repertoire of dance moves. They weren’t the hokey-pokey kind.

While she told me about the makeover and the fashion show, I glanced over at my 2-year-old, who was chewing on a Barbie doll. A real, big-boobed, no-hipped, fluffy-blond Barbie. Then my 4-year-old asked me to please help her find her favourite nightgown – the pink one, with Ariel and Cinderella and a scantily-clad Pocahontas. Ignore for now the corporate, racist, BPA-laden, sweatshop-produced ethical dilemmas screaming from every corner of my living room. The anti-feminist one was dreadful enough. I realized in that moment that every shred of evidence pointed unmercifully toward the depressing verdict that I am a failed feminist mother.

I never imagined being both a feminist and a mom would be difficult. I knew I’d raise my girls to be strong and creative. They could shave their heads if they wanted to and play with cars and grow up to be activist poets and doctors. How hard could it be?

Well, impossibly hard, apparently. Parenting in general is more difficult than anyone lets on, but trying to maintain a respectful feminism while raising three girls is enough to send me back to bed by 9 a.m. with a fistful of dark chocolate and debilitating despair. Because along with my own insecurities and inclination toward scolding, I’m doing battle with an ugly and monstrous girl culture. Before I had children I thought I could ward it off with a good selection of gender-neutral newborn pyjamas, but my idealism didn’t last long.

I’m not a feminist theorist, so I don’t know the latest analysis of the direction we’re heading, but it sure seems to me that the girl culture I grew up in 30 years ago was light-years ahead of the one my daughters are navigating. Yes, I played with Barbies and took a solemn oath to be a good mother to my Cabbage Patch doll, but my memories are of climbing bales on the farm and playing kick the can at birthday parties. My friends and I had no idea we were supposed to be pretty or thin or sexy. When we watched TV it was Inspector Gadget and She-Ra: Princess of Power. I know She-Ra wasn’t a model of feminist activism, but at least she was a princess of power. The princesses my preschool-aged daughters know – from library books, movies, every imaginable piece of clothing and merchandise – are mostly beautiful and powerless, waiting for their prince while they, well, look beautiful.

It’s all so clichéd and offensive that it makes me wonder what exactly happened to the feminist movement of the last five decades. Where are all the women who want girls to be strong and brave and smart and authentic? Not working in the marketing department of Disney, apparently, or any of the major children’s book or clothing companies. My children are 6 years old and younger, and already I’m sad about the messages they receive every day about what it means to be a girl. We haven’t even entered into the world of eating disorders and sexting and Katy Perry singing about being a kissable, touchable teenage dream in her skin-tight jeans.

A few years ago, photographer Lauren Greenfield released a book called Girl Culture. It’s not exactly inspiring reading. The photographs – of young girls at diet camp, men watching a stripper while simultaneously watching football on a big screen, or a young woman receiving breast implants, for example – don’t offer a lot of hope for anxious trying-to-be-feminist moms. After I read through the book, my 2-year-old ran up to me with her spectacular full-body smile and I burst into tears. My feminist literature courses and unshaven legs have left me ill-prepared for the task of protecting that kind of innocent brilliance from any one of the dominant-culture forces lurking at birthday parties and in the dark corners illuminated by Greenfield’s book.

Which I guess just proves that feminism is still countercultural, despite the hard work of our feminist foremothers. I still find it excruciatingly difficult to find female heroes and role models for my girls – at least the famous kind. I can think of a pile of heroes in my family and church and neighbourhood. I even know kids who play kick the can, and mothers who are raising really strong, stellar girls, and brilliant women who recommend good books to my daughters. It’s the only thing that saves me from complete despair, and it’s what being countercultural has always meant – creating our own subcultures that try to be beautiful and hopeful and true. We may not have the funding or marketing pull of Disney (nor the fan base of Rihanna) but at least we can give our girls a little bit of breathing room to be kids without having to be sexy, or teenagers without having to be skinny. Though I might need a subculture that allows for one or two Disney nightgowns.

Kirsten Penner Krymusa mothers and writes in Nairobi, Kenya, though her heart never strays far from the Winnipeg neighbourhood she still calls home. Her favourite feminist mothers plant gardens in Wolseley, but in Kenya she and her girls have fallen in love with Wangari Mathai, their tree-planting, Nobel Peace Prize-winning feminist hero.