Freedom Found in a Uniform 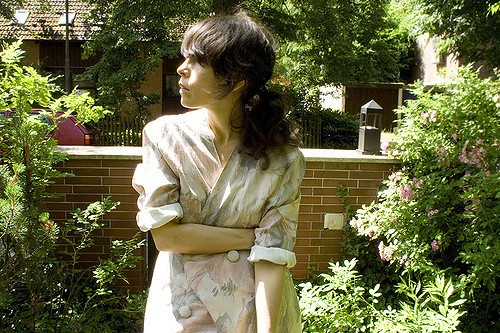 It’s exhausting not knowing the rules. It took me years to find the words to describe the feeling of standing before my closet on Sunday mornings, trying to decide what I should wear as I preached and taught, held aloft bread and cup, made the sign of the cross as prayer and blessing.

What are the rules for pastors’ clothing during worship?

As a Mennonite pastor, I don’t wear a robe. Cassocks and collars are meant to distinguish the priest from the flock. We have an ecclesial commitment to blend in.

But this presents a dilemma for female pastors. Men can revert to suits, the unspoken agreement of garmented professionalism. We women have not yet found our equivalent.

Fashion is political. For men, the 19th century innovation of the suit remains largely standard and includes broad interpretation within the range of the acceptable. See, for example, Donald Trump’s billowing pants in an age of slim-cut suiting. Or, consider the low-church adaptation of the suit—a button-up shirt and slacks.

Women, by contrast, must constantly adapt. Some fashion innovations have explicitly meant a loss of freedom for women, such as the mid-18th century removal of pockets from women’s clothing, making it impossible to covertly transport personal items. But rapidly changing expectations around dress are in themselves a form of control, always keeping women guessing.

We are left to wonder each day. Female pastors hear comments levelled at our appearance, both privately and in public—skirts are too short, arms are too bare, breasts are too visible, lipstick is too bright, patterns are too loud.

Each week we stand before congregations—behind pulpits and in front of altars—unsure of the rules, because each person in front of us has decided their own rules for our bodies.

Several years into pastoral ministry, I came across the story of a young woman in another field who shared similar experiences in her workplace. She spent hours wondering if her clothing was too casual or overdressed, if she would be taken seriously if she wore this or that, or if her clothing choice would eventually affect her career. That’s when she started a uniform. A few months later, I did the same.

Every Sunday I wear black pants and a blue shirt. I’ve worn my uniform for two years. And in those 104 Sundays, I’ve learned that my clothing choice is not only about controlling external perceptions and comments; I’ve also gained back hours wondering about what my dress could mean to others.

I’m aware of other experiments in fashion and power happening around me, other ways of prodding at social codes. One friend initiated a weekly bow-tie day at her seminary, a gender performance on the stage of her religious institution. Other women I know defy the masculinization of the pulpit with red lipstick and sparkly high heels. In a variety of forms, fashion experimentation is taking place, a revolution in the body politic of female pastors.

I’ve found that a uniform is a hyper-form of respectable dressing. I’m not carefully choosing an outfit every Sunday, trying to imagine the broad range of perceptions. Instead, wearing the same clothing every day is an exaggerated obedience to the expectations of others.

Prodding the assumption behind acceptable appearance is the way I’ve tried to scrutinize respectability through strictest adherence. In our current society, I know there’s no way of escaping the male gaze entirely—those rules are designed to be unlearnable. But as I prepare to preach on Sundays, it’s enough that I’ve freed my own mind.

Melissa Florer-Bixler is the pastor of Raleigh Mennonite Church in North Carolina. Every day she looks for something beautiful, no matter how hard and ugly the world may be.