The Sin-Eater: A Breviary

The Sin-Eater: A Breviary
by Thomas Lynch (Paraclete Press, 2011).
A book review by Sally Ito 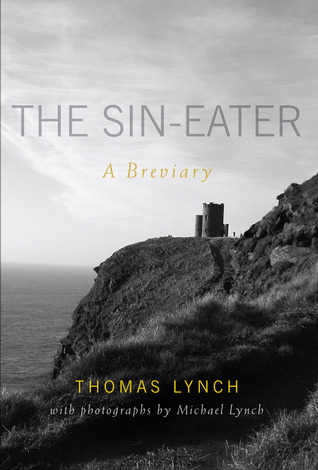 According to British scholar Bertram Puckle, in 19th-century Britain, a “sin-eater” was someone who served at funerals and wakes as a “curious functionary, a sort of male scapegoat” who’d come in to attend to the corpse by eating a loaf of bread and drinking a bowl of beer over it. He’d usually receive sixpence and would then disappear into the night. The sin-eater was said to consume the sins of the deceased so their spirits would not haunt the earth. Such a figure captured the imagination of writer and funeral-home director Thomas Lynch. His poetic journey into the life of the sin-eater – who is reconceived as a character named Argyle – makes up the content of this book.

Argyle is a figure of such potency that it is hard to resist him; loathed yet necessary, redemptive yet unwanted, he represents those aspects of the soul that find a life of faith both wondrous and doubtful. Poetry is the ideal form for the sin-eater to speak: his work is highly symbolic, existing in a spasm of time where the living and the dead meet, and dealing in symbols with which he will be burdened for the rest of his life.

Lynch calls this book a “breviary,” a “book containing the hymns, offices and prayers of the day,” or more loosely, “a couple dozen poems, a couple dozens lines each, a couple dozen photos.” After a lengthy introduction in which Lynch traces connections between Argyle and his own “summons and stumblings . . . the mixed blessing and contrariety of my own faith,” the text becomes poetry. The reader is introduced to the sin-eater – “a narrow, hungry man whose laughter / and the wicked upturn of his one eyebrow / put the local folks in mind of trouble.”

On the pages facing the poems are photos taken by Michael Lynch (the author’s son), near the elder Lynch’s ancestral home in Ireland. The photos are lovely, but my one quibble with this book is that these images do not always fit the poems they face. The photos constitute a journey through the Irish landscape quite apart from Argyle’s, although occasionally they overlap. This is unfortunate as so many of the poems are titled with place names – “Argyle in Carrigaholt” or “Argyle at Loophead.”

The poems themselves are solid. They reflect the heart, mind and soul of a vividly imagined character with a strangely wondrous calling. The Sin-Eater is a profound little book, a breviary of a most unusual kind, and well worth reading for those, as Lynch puts it, whose “life of faith is never settled, driven as it must be by doubts and wonder.”