From the Poetry Editor 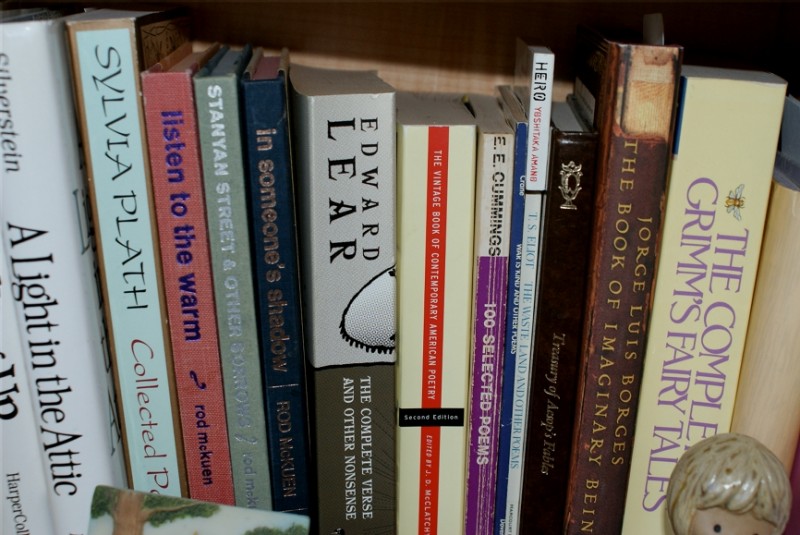 For this special issue, I chose poems that reflect the two taglines I’ve known Geez by.

Holy mischief
Because I had already read Kevin Spenst’s Surrey Sonnets – funny, heartbreaking, pop-culture-laced poems about growing up Mennonite with a single mom and a schizophrenic dad in Surrey, B.C. – I knew I would find some “holy mischief in an age of fast faith” in his new book Jabbering with Bing Bong (Anvil, 2015).

“Gibberish” is a jackpine sonnet: it has 14 lines and around 10 syllables per line, but it plays fast and loose with the sonnet form. Spenst also plays with the evangelical tradition of speaking in tongues, comparing it to the stream-of-consciousness style of the modernist novelist James Joyce, “the devil / himself” (whose books were banned for their sexual content). Hearing Spenst read his poems is like witnessing a musical, spiritual “geyser.”

Resistance
Christine Leclerc’s Oilywood (Nomados, 2013) is a long poem that she wrote after spending a summer walking the beaches of Vancouver’s Burrard Inlet. This documentary poem shows how poetry can be a form of “contemplative cultural resistance.”

Although eight tankers carrying diluted oil sands bitumen already ply the waters of the inlet each month, oil corporation Kinder Morgan’s proposed Trans Mountain pipeline expansion would add another 26. Leclerc, who is also a Greenpeace activist, is concerned about the future of the inlet.

Oilywood is a collaborative poem pieced together from conversations Leclerc had with people on the beaches, from Kinder Morgan press releases, and from snatches of her own writing. I’m thrilled to reprint the first section of the poem in Geez.

Poetry collections
I’m always looking for poetry that might interest Geez readers. Here are two more books that I recommend:

Zolf’s poems are written using mostly archival source texts by early white settlers at the Red River Colony, including the memoirs of Rev. John West, who established the first “Indian Residential School” in Manitoba. Zolf ran the texts through optical character recognition software, and it produced telling and sometimes devastating glitches and misrecognitions:

I observed a fine-looking little boy
standing by the side of the cariole, told
his fathom that I would be a paring
to him, clothe him and feed him
and tear him what I knew to be
his harbinger. (30)

2. Prologue for the Age of Consequence by Garth Martens (Anansi, 2014).

Martens’s poems tell stories of the oil sands, the petrostate, and climate change from the perspectives of industrial workers in northern Alberta. The poems are full of men (coworkers, foremen, fathers), drywall dust, drugs, heavy machinery, sex workers, bugs, and pain. In “Contact,” a young man who lost the feeling in his hands in Afghanistan, but who somehow works for his father “every day in harness, / rising with a skyscraper,” cries in a hotel-room bed: “His rage, his lust, is on the other side of his wrists.” This is an important and surprisingly beautiful book.

Five ways to appreciate a ‘difficult’ poem
1. Some poems tell a story. Find a narrative thread and follow it.

2. Pay attention to images. Poets use language, metaphor, and description to produce shifts in perspective or draw attention to something you might normally overlook.

3. Consider the poem as visual art. Look at line breaks, stanzas, the lengths of the lines, gaps and movement, and the overall shape.

4. Listen to the sound of language. Some poets focus on language as the material the poem is made of. Read the poem out loud. Listen for repetitions, rhythm, and places where language breaks down or overflows a simple interpretation.

5. Think about the politics of the poem. Whose perspective does it favour or critique? What assumptions does it make? Does it have something to say?