The death of the preacher 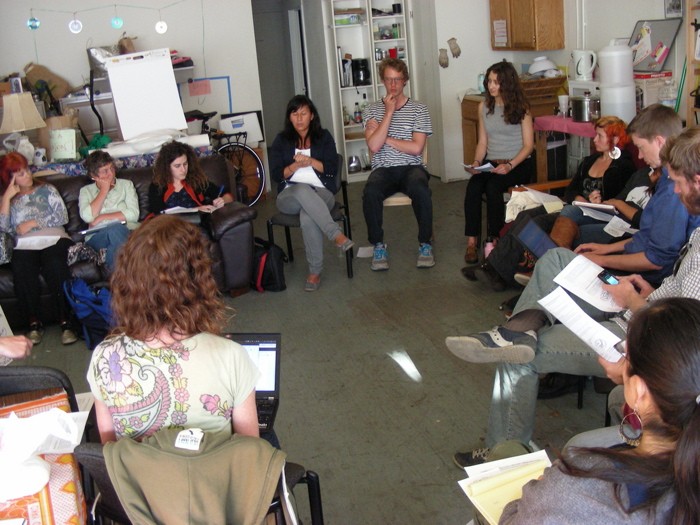 The preacher is dead.

Think of any famous preacher today. If you’re like me, and you’re concerned about social justice and the alleviation of suffering, when you think of a famous preacher, your response is, “Who cares?” Even a great president, an awesome CEO, a fiery mouthpiece for the masses – all of them fail at inciting the systemic change necessary for greater peace and justice. We need more than personal salvation, which for many of us amounts to apolitical psycho-babble. We need a reallocation of power, wealth and control. The preacher’s day is over.

The preacher is dead. But he or she can have new life. Allow me to explain.

First, the preacher is dead because he (usually it’s a man) is an empty shell filled with the prevailing ideology of a system of domination. That sounds harsh. But think about it – if there’s inequality between the sexes, homophobia, racism and poverty, what does the preacher do about it? Nothing. Fancy words (including the words in this editorial) fail. For impact, for words to mean anything, the preacher is entirely dependent upon the listeners.

A preacher can only suggest an interpretation, propose a course of action. A coercive leader will insist upon their version of truth; this one-way exchange (or “monologue” as Paulo Freire says in The Pedagogy of the Oppressed) is the method of retaining, not sharing power.

The path of liberation, I propose, is found by way of dialogue. Speakers come alive as they listen, ask questions and probe for answers. This process dignifies members of the group. The gathered community is the source of life, the site of understanding and the base of action.

An old-fashioned sermon is a word from on high, God’s word for the people. A new method of preaching, a new homiletic, is more dialogical, a horizontal exchange, a divine presence in the midst, discovered in the stories of the people. The gospel becomes a counter-narrative (or sub-version, as Walter Brueggemann puts it) of justice and peace.

A radical homiletic adds an additional element – it is connected to the resistance at the bottom (as Christine M. Smith writes in “Preaching as an art of resistance”). See pages 22 and 23 for more descriptions of a radical homiletic.

The preacher can have new life when he or she becomes more of a player and less of an armchair critic (I’m preaching to myself here). The preacher can regain a vital role as he or she explains a situation, reports on insights from the group and proposes a path of illumination. The preacher finds life in a body rooted in struggle, yearning for freedom.

To conclude, I offer eight points for a radical sermon. See the box on the left of this page.

Aiden Enns lives in Winnipeg, Manitoba. He can be reached at aiden [at] geezmagazine [dot] org.