On ‘real’ Christians and Christian privilege 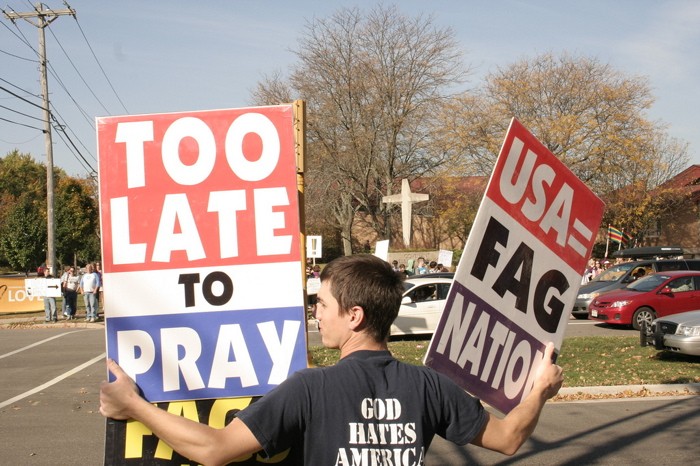 I don’t distinguish between “real” and “unreal” Christians, beyond noting that there are Christians who try to impose their beliefs on others and those who don’t.

It’s not my place to kick someone out of the Christian community, even semantically.

And, truth be told, even if I did feel like it were my place, I wouldn’t stop identifying as Christians people like, for example, Ann Coulter, anyway – because Christianity is about culture as much as it is scripture no matter on what part of the Christian spectrum one falls.

Coulter describes herself as a Christian and is regarded as a Christian by a sizable portion of the American Christian community. She’s invited to speak at Christian conferences. She appears on the same stages as elected GOP members of Congress who are running for president and have made their Christianity a central part of their campaign. She is provided cover for her outrageous commentary and hostility toward feminists, the LGBTQI community, people of colour, liberals, etc., by Christians and Christian organizations specifically because she calls herself a Christian and so do they.

Over Christianity’s 2,000-year history, Christians have done great things, and not-so-great things – and anyone who makes the personal choice to carry the Christian mantle associates themselves with a history that includes all the good stuff and all the shitty stuff, too. One can’t say, “I only associate with the good Christianity – not the inquisitions and the genocides and the warmongering and the colonialism and the institutional misogyny, homophobia, transphobia, racism, anti-Semitism. . . .”

That’s all part of Christianity’s legacy, too – and it just isn’t intellectually honest to say, “Well, those weren’t real Christians.” Yes, they were. And so are the Christians who do shitty stuff today.

They might not be the same kind of Christian as you are, but they are nonetheless Christians.

Christianity, especially in North America, is a privilege – and, like any privilege, it can be uncomfortable to face the ugly reality of what other members of a privileged class can do to non-privileged folks, even if you don’t do it yourself. I’m white, I’m straight, I’m cisgender: I understand the impulse to distance oneself. But as a white person, I am obliged to acknowledge that the history of white supremacy in America is one of slavery, of lynchings, of segregation, of sundown towns, of internment camps, of genocide and of all manner of institutionalized racism. I don’t get to say (nor do I want to) that the KKK aren’t “real” white people.

They sure as hell are.

That Christianity is a chosen privilege does not mean its members can claim a lower standard of rigorous self-examination. And it doesn’t mean that less-privileged Christians, i.e., progressive Christians, can claim a lower standard, either, just because the more-privileged Christians marginalize them. Poor whites don’t get to disclaim their white privilege just because they are further marginalized by their lack of wealth.

In fact, chosen privileges demand, if anything, a higher standard of self-examination, because one has a choice whether to participate in the privilege. But so often, the fact that Christianity is a choice is instead used to deny the effects of that privilege altogether – “I’m not one of those Christians; I’m one of the good ones!”

This way you get all the benefits of the privilege that saying “I’m a Christian” confers; none of the responsibility for the effects of Christian supremacy.

I understand, really I do, why liberal Christians want to think of this as somehow “different” from other issues of privilege. I understand why they don’t want to be associated with people with whom they share a label but little else. But requesting this exception is not only unfair, it’s not progressive. Ultimately it serves to more deeply entrench Christian supremacy and privilege.

Melissa McEwan deconstructs politics and culture through a feminist lens daily at the Shakesville blog. She lives just outside Chicago with two dogs, three cats and a Scotsman.

The above portion of text is an adaptation of her response to this comment: “Would you folks please stop putting the word ‘Christian’ in front of the name ‘Ann Coulter’ as an adjective? Those of us who actually do practice our religion would appreciate it.” Read the whole thing at shakesville.com/2009/09/on-real-christians-and-christian.html