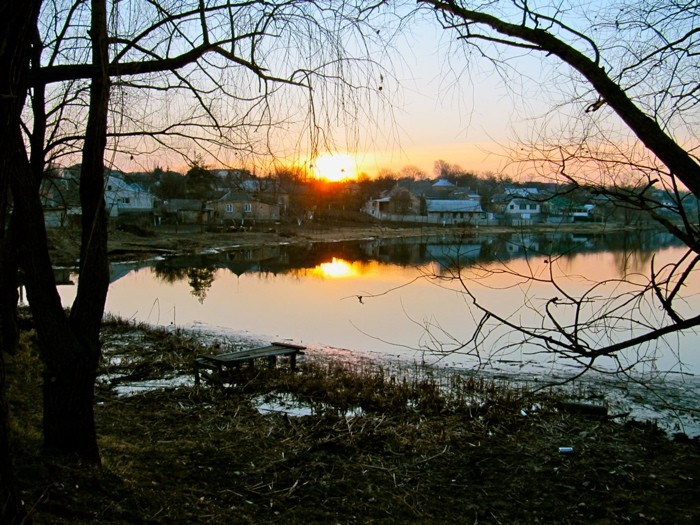 I decided to quit the Peace Corps.

I’d applied in 2012 as a 22-year-old embroiled in visions of feeding orphans. Travel books, talk shows, and my missionary-enamoured upbringing had given me the idea that giving to the world had to be dramatic, that it meant joining a “holy” organization, travelling halfway across the world, and settling alone in a frozen village to “tear down the mental Iron Curtain.” So I did just that. I overturned the materialistic definition of success by signing up to be poor and sacrificial.

Every day in Ukraine I trundled after my strict counterpart from classroom to classroom, teaching textbook lessons about passive verbs. In the teachers’ room I dodged any conversation, in English, Russian, or Ukrainian, about my politics, religion, or sexuality. Peace Corps volunteers were neutral, I’d been told. Peace Corps volunteers adapted. Yet, I felt increasingly shallow and anxious: the smiling American pet. Every Sunday in my Soviet-era apartment, as I scrubbed the professional blouses I’d traded for my bright, free-spirited t-shirts, I dreamed of being a writer.

I couldn’t wash away the feeling that this brick school was not the place I could do the most good in the world. I could stay here for two years. But should I?

In February, I made my decision. I would repay my community their kindness by finishing the school year and spend the summer traveling Ukraine. Then, in August, I’d ET – early terminate – and move to San Francisco.

But, what if some of us didn’t belong in development work? What if there were as many ways to give to the world as there were human beings?

I looked up the statistics online. According to Peace Corps documentation for 2009, 7.3 percent of volunteers resigned from post. I would be in the minority, but I wouldn’t be alone.

As it turned out, I wasn’t alone at all. On February 24, 16 days after I made my plan, the 229 of us Peace Corps Volunteers in Ukraine were evacuated. We fled our mission, our students, to solemnly embrace hot showers and American privilege.

I had wanted to leave, but not like this. I’d wanted to leave believing that my students would go on as they always had, maybe a little happier because of me. Instead I feared that they would grow up among bloodshed, remembering the lucky American teacher who flew to safety. Which was worse – this sanctioned fleeing or my measured decision to quit?

A mentor suggested that my evacuation exemplified “how the universe manifests something when we think about it.” I disagree. I can’t interpret Ukraine’s death toll as tailored for my self-realization. Nor can I forget the other 228 volunteers who wanted to stay, including the one I watched sob goodbye to her Ukrainian fiancé. The only way I can make peace with what happened is by trusting that I do not have to be epic, I do not have to be noble, I just have to be aware of the needs around me.

These days my giving is small: complimenting a friend, helping a neighbour in his garden. I work in housekeeping at a retreat centre, making beds and scrubbing toilets. I have ideas for dramatic giving, but before I enact them, I need to fully understand this quote by Mother Teresa: “We can do no great things, only small things with great love.”

Today, on paper, I am a returned Peace Corps volunteer. I was spared the stigma of the early terminator. And even though this wasn’t what I planned, I’ve found peace.

Elizabeth Jennings is a writer based at the Esalen Institute, a retreat and continuing education centre in Big Sur, California. Her first book, a spiritual memoir, is in the works.