An Interview with Rosemary Radford Ruether 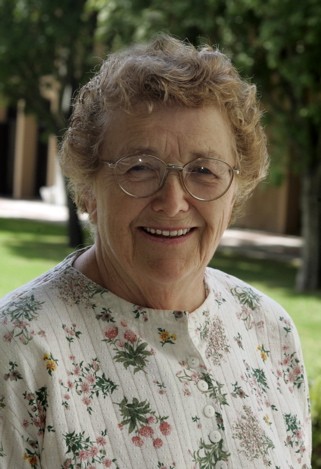 Rosemary Radford Ruether is a Catholic theologian from Claremont, California. Her writings – which include Sexism and God Talk (1983), Gaia and God (1992) and Goddesses and the Divine Feminine (2005) – have served as landmark texts in the areas of ecofeminism, reproductive rights, and liberation theology. She teaches at Claremont Graduate University and Claremont School of Theology and sits on the board of Catholics for Choice.

You’ve pointed out that our culture’s avoidance of the subject of death is a root cause of unsustainability. When did we, as a culture, become so fundamentally disconnected with the fact that things must “eat and be eaten,” and must eventually die?

I don’t know when it came to be. People have been aware that they’re going to die for many thousands of years. The sense that humans … were destructive to the natural world around them developed from the earliest forms of civilization. Even back in Mesopotamia, you had patterns of creating farming, which used irrigation in ways that created salinization, and eventually had to destroy the soil. That was not something they wanted to do, but it was something that came about through a lack of adequate understanding of what they were doing.

One thing that I found very interesting in Gaia and God was how you pointed out that deep ecologists – people who are petitioning for a ecocentric relationship with the earth – are often prone to romanticizing pre-agricultural living, in the sense that they almost seem to be desiring a return to a hunter-gatherer lifestyle. Why do you think they overestimate what would be possible in those circumstances?

I think there is simply a pattern in Western culture – which has its roots in Christianity as well as other cultures – of mythological cosmologies. Some early stage was a utopia, and then there’s a fall and alienation after that. There’s the possibility of projecting that back on the pre-civilization forms of life, which in fact were pretty difficult forms of life. They essentially were hunter-gatherers, so you have to gather your food from what’s already existing, and you don’t have control over planting, or domestication of animals, or so on.

Do you think there’s a way to see worth in the pre-agricultural lifestyle without romanticizing it?

I think you need to look at pre-agricultural forms of life realistically. What are they really like? What does that mean? Pre-agricultural means that, as I said, you don’t have any control over the planting or domestication of animals. You’re dependent on forms of life around you. Basically, that form of life is only possible with a fairly low level of population of humans. Once you get to have more and more humans, it becomes less and less possible to live in a hunter-gatherer kind of way. So there’s nothing really easy about that, at all.

You’ve written extensively on the need to push for simpler living, but also population control: to have that simultaneous trajectory. The simple living part is fairly intuitive, but what would population control mechanisms look like at this point? Would it look like a state-instituted one-child policy?

Basically, you have to be aware and realize that we have a significant population problem, that we took until the middle of the 19th century to get to a billion humans and have now escalated in a little bit more than a century to seven times that amount. So we are really pressing the resources of the globe with rapidly expanding population. I think there’s a recognition of the need to lower the amount of reduplication of the human species.

Obviously, the Chinese have done that in terms of their own ability to survive. The way their population was expanding really did not give them the option for being able to sustain their lifestyle. So they instituted a very drastic requirement of the one-child policy. Which, of course, in a patriarchal society, causes a problem, because people want boys; if you only can have one, you’re going to have one boy, and kill girls. So in China and in India, there’s a disproportionate number of males in relation to females. So that doesn’t really quite work.

The Chinese are actually slowing down on that, and they never really applied it to the rural population; it was mainly an urban kind of climate. What we basically have in Europe is a kind of decision to have roughly an average of less than two children per couple. So you’re actually having a falling population in Europe, so they don’t have that much of a problem. Problems are really occurring in areas of Africa, less so in Latin America, where it’s also falling in numbers. The best way to do what needs to be done is to limit the escalation of population.

Deep repentance needs to happen among the privileged peoples of the world, you’ve written. Given the way that people tend to protect their quality-of-life once they’ve attained it, especially in this hyper-individualistic and fragmented age, do you think that’s a likely scenario: that we’ll come to a point as a society to change very quickly?

I don’t know. In all societies around the world, there is a top 10 to 20 percent that really enjoys something like 50-or-more percent of wealth. The other 50 percent gets less and less, until you get to the bottom 10 to 20 percent that is really on a starvation level. That’s extreme, even in the United States, but it’s even more extreme in other areas, where it’s the top 10 percent that have about 37 to 50 percent of the wealth. You have a much greater concentration of wealth at the top, and then extreme poverty at the bottom.

Honestly, the people of great wealth are not interested in lessening their wealth. We’re talking ridiculously high amounts of wealth; people who enjoy literally billions a year, who contribute some of that around the year according to their own desires. It becomes kind of an enhancement of their capacities rather than a real reduction of wealth, because their wealth is so extreme at the top level.

Why has the concept of the Rapture been such a subject of fascination in evangelical circles as of late?

That’s basically an escapist idea. There’s not going to be a Rapture. We’ve held positions like that for some time. We had movements in the middle of the 19th century that predicted that the end of human society would occur at some point within 10 to 20 years. And nothing happened. So that kind of cycle of prediction of times with dramatic ends has gone on for a long time, to no effect.

You’ve been writing and speaking and have been involved in activism for many decades. It seems that for the most part things are not getting better; we’re facing so many different crises right now. How do you keep from falling into despair and pessimism given all the issues that we as a world are facing?

Despair is basically an ego trip. To think that something should’ve changed but hasn’t and you should therefore be depressed is a kind of an ego trip that greatly overvalues your own opinions. We need to continually commit ourselves to trying to make a better world and to try to analyze what’s going on. That’s simply the commitment of being a decent human being. It’s not a matter of getting depressed because it hasn’t miraculously changed in the short period in which you happen to be sentient.