Show Up and Sit with the Pain 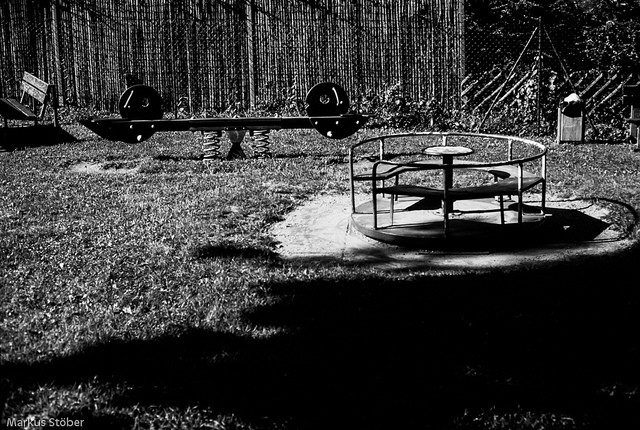 When we first meet him, Z has just turned eight and manages to be both precocious and annoying in equal measure. His mother is the same age as my husband Adam and I, and though I cannot quite grasp as the 23-year-old newlywed that I am, in fact, old enough to be his mother.

He wipes pizza grease from his cheeks and sleep from his eyes, following faithfully behind us every week as we make our way through his sprawling housing project, knocking on each door to invite whoever answers to join us for church.

We eat pizza and hot wings together at least once a week; he orders his extra hot, and I prefer mild; my tongue scorches easily, while he seems impervious to the heat. Over wings one day, he tells us how a gang from New Orleans moved into the housing project after Hurricane Katrina, before we met him. He describes the time they got into a gun- fight while he was at the park, and how he had to crawl army-style on his belly across the field to get to safety. I am slack-jawed, my mouth aflame, while he pops another hot wing in his mouth and licks the sauce loudly from his fingers with a nonchalant shrug.

Later, we teach him how to swim in our pool in the suburbs. He clings to me while I sputter under his nine-year-old weight and explain I’m not the strongest swimmer. He  still loves pizza, and we eat it poolside, licking grease from our wrinkled fingers. When he turns 10, my belly swells as we wander through his housing project each week. Soon, he pushes our newborn in the stroller on our rounds, but won’t hold her until she gets a little bigger for fear he might break her. 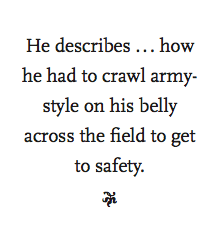 Our daughter is almost three when her little brother Caden is born. He has his first open heart surgery at five days old, blindsiding us in a whirlwind of birth, diagnosis, surgery, and recovery. We dance gingerly on the edges of awareness of how critical the whole situation is.

Now, five years later, Caden’s second open heart surgery ends up somehow both harder and easier than we expect. No longer an infant, he is stubborn and scared, with a tendency to kick the nurses. When they finally let us see him post-surgery, a breathing tube snakes down his throat and more tubes and wires disappear through his tender chest straight into his heart. Adam asks to borrow the nurses’ stethoscope, warming it with his breath before pressing it gently against Caden’s chest alongside the bandage running from throat to belly. “This is his third unique heartbeat,” he says, while tears pool quiet and salty in our eyes.

Later, we grasp hands and cry when Caden tells us he hurts; tape tangled impossibly and painfully in his catheter tube. We step out of the room as requested so they can pull out the catheter and chest tubes and the IV in his neck all at once. While he wails with pain and fear, we do not hear him, gulping coffee and the burritos my sister delivers in the hallway, just out of earshot. When we return, he is sipping apple juice silently and watching Peppa the Pig. I sit beside his bed for hours, my phone playing his favourite worship music on a loop. I stroke his hair gently and pray until he finally slips with uncharacteristic quiet into sleep.

Improbably, we find ourselves discharged from the hospital two days after Caden’s second open heart surgery. A few weeks later, we spend Thanksgiving in Michigan and drive back to Atlanta through the night.

The clock on the dashboard blinks past 3:45 a.m. when Caden has a night terror. They visit with exhausting frequency since his open heart surgery four weeks ago. He is not awake, and most of what he screams makes little sense, but I understand the ways we both relive our time in the cardiac unit. Caden yells for me; sobs “Don’t let them hurt me.” He wails that his chest burns, that they are hurting him. And even as I clamber over the seats and buckle myself into the back, trying to gather him in my arms, he pushes me away with a kick to the chest: I want my mommy! He screams guttural, leaving him hoarse by morning. I am helpless again, just as surely as while he was hooked up to hoses and monitors and the IV-delivered medicine straight through the pulsing veins in his neck.

The dark road stretches before us unending and relentless. Caden’s sobs subside into whimpers and then quiet ragged breaths, and finally back into sleep. Exhausted, I climb back into the front seat while dawn breaks with improbable gentleness, cream tipped carefully into black coffee and swirling light.

Sleep eludes me; I read The Body Keeps the Score as light unfolds, teaching myself about the ways we carry our trauma inside our skin, embedded into the synapses and folds of our brains. That even the things we consider “no big deal” can still bear weight in our chest and on our thrumming hearts.

I drive Z home from work the next week. He is 18 now, and we talk about his cousin getting locked up a few days earlier. We shake our heads in unison at his foolishness, and then Z tells me about the time he thought he was going to go to jail too.

I had left my ID at home, he explains.

What do you mean? I ask. You weren’t driving, were you?

He agrees he wasn’t, going on to explain how he and his girlfriend and best friend had to get out of the car after being stopped for speeding. We laid face-down on the pavement, he says, his cheek pressed hard into the road, they were looking for drugs. I shake my head, feeling tension build in my knuckles gripping the steering wheel. They didn’t find any, right? I prod. Of course not, he says. I’m still here aren’t I? He grins, and talk turns to other things, but my mind won’t follow a new train. Instead, I picture his cheek against the grit of the road, hands behind his back. Fearing for his future, for his life.

I wonder what trauma he houses in his body, what has been etched into the matter in his brain. If he has nightmares, or if he cries quietly by numb- ing or avoiding instead. I wonder how he survives, how he can stand against all the forces leveraged against his black body. Perhaps his trauma doesn’t scream but silences, suffocates his voice, stealing his breath along with his hope.

A few nights after my conversation with Z, I stumble bleary-eyed towards Caden’s room and pull him gently from his bed while he screams, hoping to stop him from waking his sister who groans and pulls her pillow over her head against the light streaming into their dark room. Caden flails and screams, his pupils dilated unnaturally with feral fear. I suck in a breath and feel his new heartbeat thump against my chest, another rhythm dancing wild across his ribcage; I hold him gently but firmly and whisper “I am here, you are safe” over and over. I do not try to convince him he is at home, I don’t explain that the hospital is gone, that he doesn’t have to go back. I don’t snap my fingers to wake him up, instead I hold onto him tight with my fragile barely-awake tenderness. My role, I know, is simply presence. We sit together on the couch until his wails subside, and he melts finally into my arms, his racing heart slowing beneath his still-broken breastbone. We stay frozen there for what feels like hours, my fingers stroking his hair and wiping sweat from his brow. 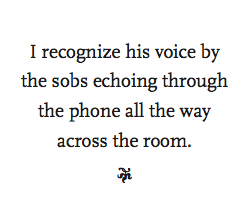 Z calls us crying; I recognize his voice by the sobs echoing through the phone all the way across the room. “Get him,” I mouth the words to Adam. Soon, the two of them walk in through the door with a dark gust of rain, and I clasp him to my heart where we stand silent for long, stretched-out minutes, he is shaking with quiet sorrow.

I am trapped, he tells us. There’s no way out; I have no future but the streets.

Tears trail lines down his dark cheeks, and my own hands shake as I hold his. “I am so sorry. I am right here.” I say it like a refrain. He talks through teary bloodshot eyes: “I’m scared, I just don’t know. I used to have dreams.” He repeats himself again and again, while lightning flashes and thunder rolls over the skyline.

What happens when the trauma is everywhere, and it looks just like you? Where do you land when the wound isn’t merely a wound, but the whole body? I have no answers, and my role remains only presence, a stubborn refusal to turn away from pain, even when I have no solutions.

Our son has a broken heart, and the one we love like a son walks a broken road. And our hearts are split wide for it all. In both we stand helpless, prayers murmured on our tongues and hope clasped tentatively in our chest. We murmur the only refrain we can: “I am here.” We show up relentlessly, and we sit with the pain instead of erasing it. We enter in, we hold, and we carry what we can while leaning our trau- ma-weary legs on each other, and on the consoling presence in our midst that points us towards an unwavering belief in the power of presence and of hope.

Becca Stanley lives with her family in the heart of downtown Atlanta, where they serve as intentional neighbours. She is the executive director of a nonprofit mentoring program she and her husband started in the neighbourhood seven years ago. She’s a big proponent of “show up before you’re ready.”