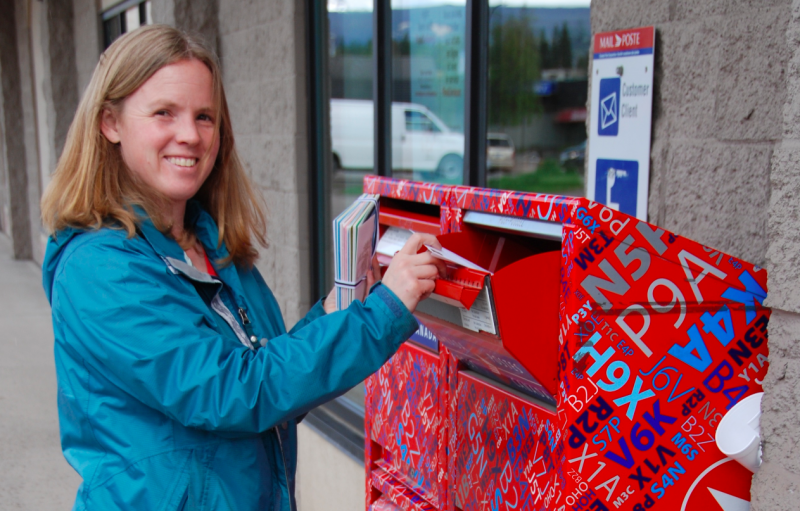 Emily Bulmer sent a letter to a stranger. Later they drank tea together.

I had been watching the “no letters, just bills” trend in my mailbox with wistful acceptance until Facebook “Christmas cards” started popping up in my news feed.

The excuse, “We are so busy right now,” attached to a hastily taken family photo, was just not the same. The last bastion of letter writing had been co-opted with one click. My New Year’s resolution in January 2012 was to write 52 letters by hand, and send them via Canada Post.

At first, I spent 20 minutes a week writing a short, chatty message to an old friend or seldom-seen relative on a postcard. By December I had more than reached my goal. When January rolled around again, I found myself still making “letter dates.” No longer intimidated by the blank page, I wrote longer letters, enjoying my own personal reflection as much as the responses. By the end of 2013, I had written over 60 letters to people in eight countries.

In 2014 I wrote a letter to a complete stranger, letting them know how moved I was by the beauty of their garden. Weeks later I received a touching letter in which she described her passion, her neighbourhood, and the impact my letter had on her. The next time I was in Vancouver we drank tea together in her garden and started a friendship.

These days my minimum goal is 12 letters per year. The long-term connection that is built during a letter exchange is what keeps me going. Before I log in to Facebook I ask myself, “Have you written a letter lately?”