Editorial: How We See is What We See 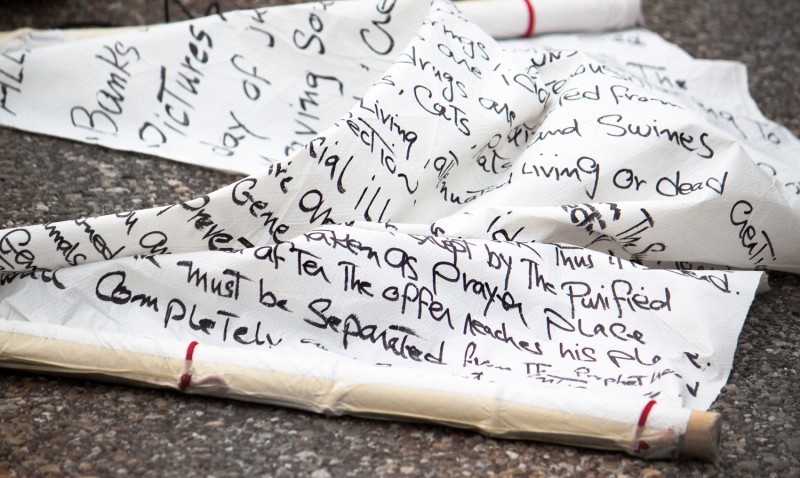 Sometimes I think our magazine is too heavy. We deal with such serious things, like this issue’s topic: how to see in less domineering ways. Maybe this is just our way of having fun?

What are you supposed to do once you realize you’ve inherited a dominator’s worldview? It doesn’t follow that just because my eyes are open a little wider to race, class, and gender that suddenly things are all egalitarian.

Yes, I believe that change is possible. But I know that systemic problems need structural-level change. We don’t just need a few people to have nice attitudes. We don’t just need folks to look within and develop a grateful, unselfish disposition – which is over-emphasized in Christian preaching. We need a new way of looking out; we need a radical way of framing situations near and far that accounts for historic injustices.

For those who long for a better world this is good news. The good news is that those with privilege do not have to be agents of oppression. I have come to see that my salvation lies in acquiring the worldview of emancipation from domination.

This is where the theme of this issue comes in: “reading to transgress.” I want to see situations in new ways. I want to recognize the forces of domination in operation and see avenues of emancipation in their midst.

As a white male concerned about social justice, I have a duty to learn about and develop an oppositional gaze as well. I can learn to recognize where so-called “normal” spaces are actually reinforcing divisions along race and class lines.

For example, I was recently at Calvin College’s Festival of Faith and Writing. While the roster of speakers had significant diversity (Austin Channing, Drew Hart, Zadie Smith, and Kelly Brown Douglas, were some that I listened to), the vast majority of the crowd was white with enough material status to take half a week off work, drive to a conference, pay for registration, and stay several nights in a hotel. Ten years ago, this analysis was not obvious to me. I have had to learn to see in different, more resistant, ways.

As I work on this issue of the magazine, I am hyper-aware at how male and white and straight our enterprise is. My work gets harder as I see more problems. But this is the path of life.

It’s easy to be impatient with my efforts, to feel powerless (which is ironic, given my awareness of privilege), be paralyzed by guilt, or withhold compassion for myself. But I resist notions of futility. I know there is a life here in our midst, and it is larger than any individual, group of people, or even species. I receive a boundless grace that is rooted in eternity. I accept a standing invitation to participate in the way of life and love. I draw upon the strength of kindred sprits and continue to read, edit, and hopefully act in a way that betrays the culture of power that made me.

Aiden Enns lives in Winnipeg, Manitoba, and can be reached via email at editor@geezmagazine.org.