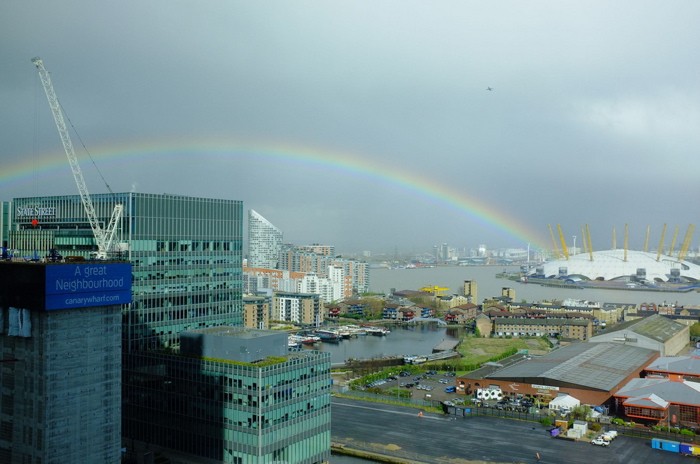 For years I have loved the Jesus of the Gospels who shatters social boundaries and cultural codes, who deconstructs the religious apartheid of clean and unclean, saint and sinner, powerful and marginalized.

Proclaiming and enfleshing the raw and wild reign of God, this dangerously off-script Messiah defies the sacred rules and definitions of who are the blessed ones, the sick, the sinners, the honoured guests. He embraces the leper, shares a burger with the drug dealer, affirms the gifts of women, subverts the wisdom of the holy authorities.

So it is with a profound sense of unease and even shock that I come upon that moral land mine of a story, Jesus’s encounter with the Syrophoenician woman (Mark 7:24-30). We might gloss over a lectionary recitation of the text and hear a nice healing story. But if we dare to pay attention to the details, this one can easily stick in the craw.

In Mark’s Gospel, which contains the most barbed portrait of the socially subversive Jesus, this story comes after a long debate with the Pharisees about cleanliness and uncleanliness (7:1-23). This debate is not simply about theological nuances or the specific daily practices of certain people – it has ramifications for the entire social order, because the division between what was clean and unclean underscored the identity of the Jewish people. Jesus is laying out the spiritual and ideological moorings of his social revolution.

To escape the heat of increasingly irate religious leaders, Jesus heads over the border into the Gentile territory of Tyre and Sidon. His desire for seclusion is foiled by a distraught mother, whose daughter is possessed by an unclean spirit. Mark stresses the woman’s social status: a woman, a Gentile, a Syrophoenician. Get it, readers? Her gender already renders her second class, plus she’s a foreign Other. And her family hosts an unclean spirit. She is triply unclean.

So what were you just saying about cleanliness and uncleanliness, Rabbi?

The exchange between Jesus and the woman is astonishing. He rebuffs her impassioned supplications, saying, “Let the children be fed first, for it is not right to take the children’s bread and throw it to the dogs.”

Wait – did Jesus just call that woman a dog?

Some commentators have sought to soften the text by suggesting (absurdly) that Jesus is using an affectionate diminutive, like puppy. But texts from the time confirm that the term dog was a not-uncommon racial slur. The troubling fact is that Mark portrays Jesus using a demeaning racial stereotype of his day.

Just as startling is the woman’s response, in which she seems to accept the slur: “Yes, Lord; yet even the dogs under the table eat the children’s crumbs.”

Is she debasing herself to save her daughter? Or is she slyly challenging the Rabbi’s own blind spot, arguing that God’s liberation is not limited by ethnic boundaries? Is she shaming Jesus by confronting him with his own radical theology of “the least of these”? Jesus himself seems startled by her answer. He affirms her wisdom and faith, and, in typical fashion for Mark, implies that her bold spirit played a role in accomplishing her daughter’s healing.

I am drawn to the radical interpretation that this is a moment when Jesus himself is challenged, in the way he challenges others, to expand his sense of God’s reign and God’s action. The challenge comes from the margins, from someone on the other side of the divide between the clean and the unclean.

I wonder if, in a sense, this encounter is a two-way exorcism: the Syrophoenician woman’s daughter is freed from her unclean spirit, and an unclean spirit of residual ethnic chauvinism is cast out of Jesus.

I find a certain solace in such a reading. For all my supposed progressivism (living in the inner city, solidarity with folks who are poor and homeless, cross-racial work and community building), what demons of racism and classism linger in my psyche? Or how have I, while nobly crossing many social boundaries, unconsciously constructed my own paradigms of the Unclean Other (the conservative Christian, the one-percent Republican, the corporate elite)?

Perhaps the most remarkable implication of the story is that it is the Other, the victim of our oppressive stereotypes, who holds the key to transformation and liberation. I, the messianic progressive white Christian, have to let myself be healed by the greater power of those who I often assume need me for their healing.

Like the deaf and dumb man Jesus heals in the next episode of Mark’s Gospel, when I hear Jesus call out to me, “Be opened!” I will be grateful for his words, especially knowing that even he needed to be opened a bit.

William O’Brien has been active in advocacy on issues of homelessness and poverty for over 30 years. He coordinates the Alternative Seminary, a grassroots program of biblical and theological study in Philadelphia (www.alternativeseminary.net).