Choice and capitalism: A lesson from ecological marxism 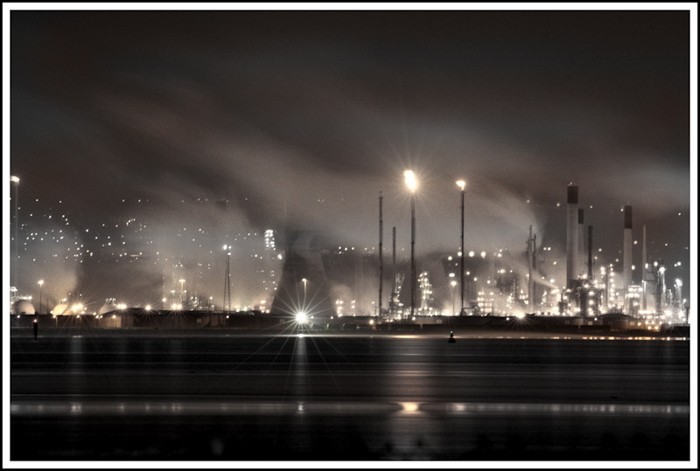 From Consumption Sabbath to buying organic produce, our efforts to resist today’s ongoing environmental crises often focus on the choices we make as consumers.

We assume that the problems of waste and over-consumption could be solved if only we made better choices.

As ecological Marxists like John Bellamy Foster and James O’Connor show, however, our capitalist economy is driven by imperatives, not choices. If we really want to make a difference, the constraints of capitalism, rather than the choices it seems to offer us, must be the ultimate targets of our resistance.

Market imperative #1: produce or die
Capitalism works the way it does because of a specific set of social relationships. On the one hand, you have those who have ownership and decision-making power over businesses, and who must produce and sell goods or services in a market that is extremely competitive. On the other hand, you have a majority of people who do not own or control businesses, and so must sell their labour power in exchange for a wage. Since everyone needs to be able to afford housing, food and other basic necessities, everyone is required either to produce and sell goods successfully or to get a job. Except for the very few who are completely off the grid, we are all subject to this imperative.

Market imperative #2: infinite growth
Capitalism cannot exist without economic growth. In the most basic terms, companies must produce more value than they had to begin with – this is known as profit. In capitalism, most profit is derived by paying workers for less than the total value of the labour they provide. But profit cannot stand still for very long: it must be continuously reinvested, or else the economy grinds to a halt. The activities of companies must therefore be not only repeated but expanded, if both owners and workers are to continue earning the incomes they need to pay for necessities and luxuries alike.

Market imperative #3: competition
The competitive nature of the market requires that companies stay profitable by constantly finding ways to reduce costs, often through innovations in technology or organization. Since there always seems to be someone capable of doing the same thing for cheaper, it is extremely difficult for individual firms that are subject to what Karl Marx called the “coercive laws of competition” to stay in business and at the same time improve their environmental impact.

Instead, companies are often compelled to maximize their profits in ways that destroy the same social and environmental conditions they rely on for production: water, air, forests, the health of workers. Ironically, such efforts to reduce costs can actually make it more expensive to produce things in the long run. The BP oil spill in 2010 cost the company a lot to clean up and devastated the coastal economy, driving even more irresponsible behaviour to keep the new costs down. In Natural Causes: Essays in Ecological Marxism, James O’Connor calls this process the “second contradiction of capital”: environmental degradation is both inseparable from capitalism and ultimately destructive of it.

A new imperative for environmentalism
Paying attention to the imperatives that drive capitalism – rather than the choices and opportunities that capitalism allows – reveals the real constraints facing people who want to do something about their impact on the planet. Those of us who adopt countercultural lifestyles or make ethical consumer choices may think our approach is the most practical and constructive, but these small-scale and individual solutions are ultimately ineffective against capitalism’s imperatives. Opting out of consumerism may create more meaningful lives for ourselves, but it will not stop companies from being compelled to act irresponsibly. If we only address choices, we seriously limit the impact of our activism by missing the root causes of the problem.

What would it look like to address not only the choices of capitalism, but also its imperatives? We would have to learn to exercise our political agency beyond our role as consumers. Recognizing that capitalism itself is the problem, it’s time for us to imagine what a new society could look like, based on ecological and democratic socialist principles. In the meantime, there are a number of radical demands we can make of our governments to significantly minimize the damage; examples suggested in What Every Environmentalist Needs to Know about Capitalism by Fred Magdoff and John Bellamy Foster include heavy investment in infrastructure to make us less dependent on fossil-fuel-consuming transport, focused development of renewable energy and the introduction of a progressive carbon tax. The specifics are up for debate, but it appears that governments are the best lever at our disposal to bypass the market imperatives that prevent us all from acting in the interests of humans and nature.

Michael Bueckert is a graduate student of Political Economy at Carleton University in Ottawa.