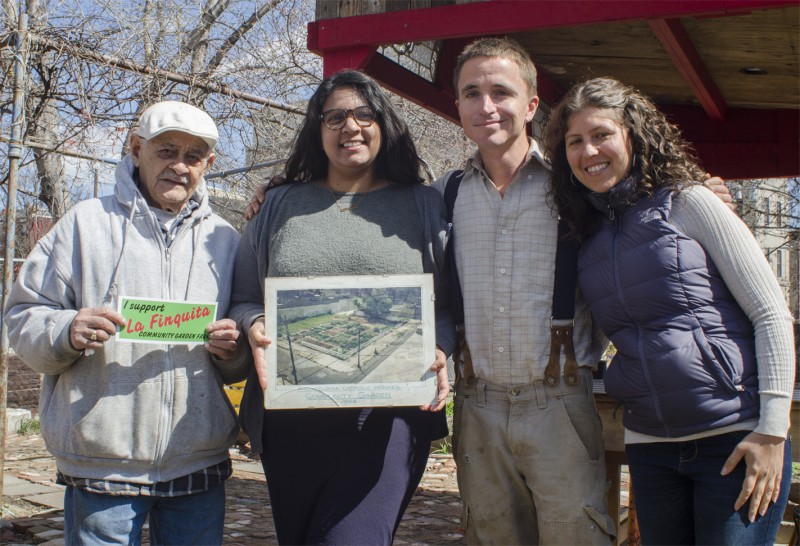 La Finquita volunteers with South Kensington resident, Danny Rodriguez, and a photo of the garden from 1988. Credit: Max Pulcini

In January, Philadelphia Catholic Workers were surprised to find a lock on the gate of a property they had been using for almost three decades.

Since 1988, the Sister Peter Claver House has been serving the southern Kensington neighbourhood of Philadelphia and gardening on an old plot that was once a Pyramid Tire & Rubber Co. factory.

The garden, named La Finquita, has dozens of volunteers and plots for eight families in the neighbourhood. On Sundays in the summer, neighbours line up to receive free fresh greens.

In 2013, the city of Philadelphia created a land bank, and the Claver House was hopeful this would allow them to finally have ownership of the land. However, workers found the property fenced and marked with no trespassing signs.

The property has been purchased by a developer named Mayrone LLC for $60,000 in back taxes.

In March, the Philadelphia Catholic Worker filed a complaint in court claiming rights to the property under a law that grants ownership to a property after 21 years of occupation.

Lydia Wylie-Kellermann is the Catholic Worker editor for Geez magazine.