The Year We Forget Creation: Virtual Reality and the Future of Media 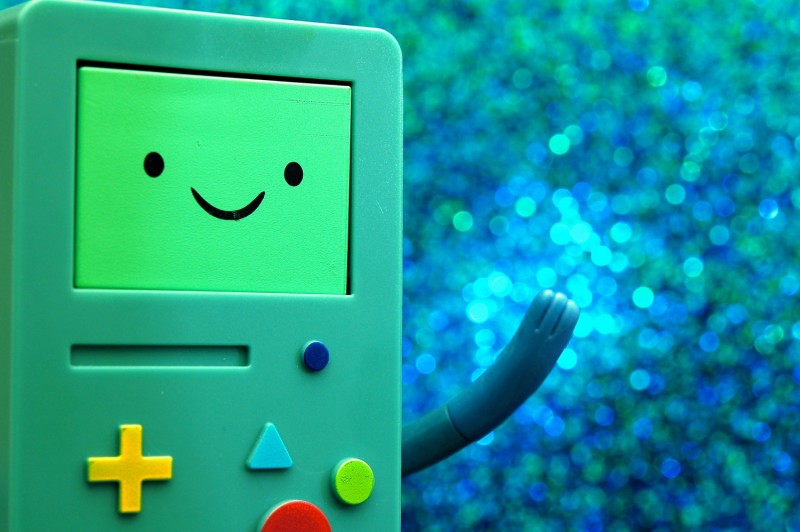 I have always been a gamer, ever since I first whiled away a long afternoon on a friend’s Atari 2600. It’s something that strikes many folks as peculiar, particularly given my vocation as a pastor. Gaming is understood as something adolescent and profane, fundamentally violent and spiritually questionable.

It can be that, I’ll admit. There’s plenty of darkness out there. But for every nihilistic game in the Grand Theft Auto franchise, there’s a game that uses this medium creatively, like the puzzle-worlds in Super Mario Galaxy, the elegant retelling of the Exodus story in Homeworld, or the wordless eco-fable of Flower.

Rejecting gaming as a medium for human creativity is a false binary, as false as a blanket rejection of film or literature. It is a new form of storytelling, and as such, it bears with it all of the same joys and dangers. It can delight or expand our horizons, or we can fashion it into idols that close off our souls to the reality of the human beings and creation around us.

The challenge, for gamers, comes with the immersive character of the medium. In times of stress or crisis, it can become a compulsion. I’ve been there. I’ve been underemployed and lost and hopeless; pastoring an imploding church will do that to you. Gaming filled the empty spaces in my day, which grew and grew until they were a yawning chasm. Entire days would disappear.

I can check the stats by going back and firing up my old PS3, and there they are: Over 400 hours in Battlefield: Bad Company 2 alone.

That changed. I regrounded myself with more study, more energy feeding my gifts and graces, more getting off my butt and moving. I returned to school. I began to write again.

I still game, because I know that gaming isn’t the issue, any more than watching sports is the issue, or enjoying a delicious hoppy IPA is the issue. A healthy and wisdom-grounded psyche is not threatened by gaming. But I am aware of just how seductive an immersive medium can be.

In the world of gaming, 2016 is the year of Virtual Reality. All virtual reality will follow the same form-factor: a screen, or pair of screens, worn on your face like oversized cybernetic scuba goggles, which create the three-dimensional illusion that you are present in a different reality.

I’ve personally experienced this reality, and it is striking. It’s an exponential leap in immersiveness, a shift in media as radical as the arrival of motion pictures, like the legend about the Lumiere brothers, whose 1896 L’arrivée d’un train en gare de La Ciotat purportedly so startled audiences that they fled screaming from the apparently onrushing train. That’s a myth, but it’s a good analogue to the virtual reality experience. Virtual reality creates an initial sense of wonder. It’s like those first moments you spend with a smartphone, marvelling at the magic of it.

The rub, though, is determining just what sort of magic it is. We’ve learned what compulsions lie in our smartphones, how quickly they sink their anxiety-hooks into our beings. And just as a psyche can become lost in gaming – or social media, or ideology, or any construct – so too will there be risk in virtual reality.

That risk is three-fold. First, the very real threat of losing connection to unmediated reality. We are already such a critically distracted species, so lost in our fabrications that we are blind to the injustice we wreak on one another, and oblivious to the damage we’re inflicting on this planet. In virtual reality, we risk occluding our sight entirely. It is hard to love God and neighbour if you can no longer see them. The hope, of course, is that the use of virtual reality for telepresence will deepen connection, but that was also the hope for the internet.

Second, there’s the risk to our imaginative capacity. That capacity is part of what makes human beings what we are. It is, with our sentience, that spark that transcends mechanistic emptiness, our imagio dei in the soulless chaos. Where a book engages our minds in shaping worlds, virtual reality – like consumerist film or gaming – can leave us utterly passive. It is too easy to uncritically engage with media that leaves nothing to the imagination.

Finally, there is the risk that comes from those who will control that mediated experience. No media is without intent. It forms and shapes our ethical selves and establishes our understanding of how to be in relationship. Literature, music, and film can uplift, but so too can they debase. Virtual reality will go deeper. When we can lose ourselves completely in the constructed realities of entertainment conglomerates, wariness is required. What is the implicit ethos of this reality? How does it shape our identity?

By the time this is in print, virtual reality will no longer be a hypothetical. And as a gamer, I’ll be there. But, with a caution taught by experience, I’ll be moving carefully and with intent.

David Williams is the pastor of Poolesville Presbyterian Church in Poolesville, Maryland. He’s a regular blogger at The Christian Century, and the author of The Believer’s Guide to the Multiverse (Shook Foil Books, 2013). His debut novel (a work of post-apocalyptic Amish fiction) will be published in the Spring of 2017 by Algonquin Books.