Disability and ableism in Diesel advertisement 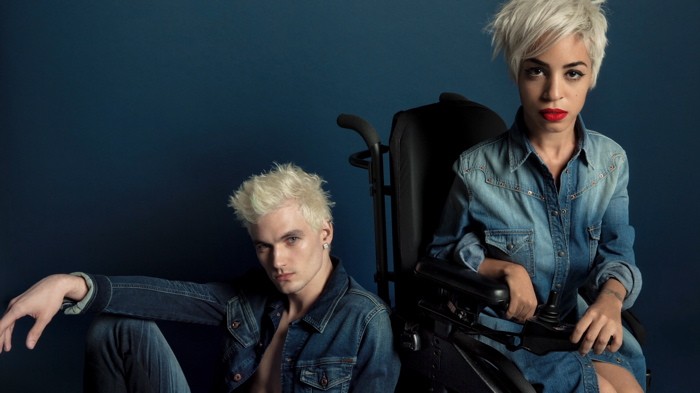 If there is any drama to this advertisement it is because we have ableist assumptions – we assume these people should not be so comfortable together. That’s sad. The good thing about an ad that features people with disabilities is that it brings our attention to this segregation based on ability. The awkward, even offensive, thing is that the person living with a disability is chosen because of the marketing value of her physical appearance. I’m impressed that a company has the courage to disclose their own ableism, I’m sad that it is such a big deal, and I’m offended that they’d exploit a person living with a disability to make this point. Of course free-market libertarians will say it’s up to the individuals. If the person who lives with a disability wants the fame and good fortune of being in the limelight, she should be entitled to it. To me, that’s nice, but as irrelevant as telling me her sign on the horoscope or that she has faith in Jesus. The relevant thing is how her posing as a fashion model lends credibility to consumer capitalism, numbs us to the sin of planned obsolescence, lulls us into the egocentricity of the fashion industry and distracts us from our central purpose as a species, to care for each other and the planet. – Aiden Enns

Jillian Mercado, an editorial assistant at the online New York City-based fashion magazine We the Urban, lives with muscular dystrophy and uses an electric wheelchair. She was recently featured as a model in Diesel’s “We Are Connected” campaign after responding to a casting call from the company. Dozens of news outlets – including The Guardian, Elle and Huffington Post – covered the release of the photo at the end of January. They all pointed to the shot as a clear sign of progress for people living with disabilities. But is it? Must everyone appear as conventionally pretty and well- dressed as Mercado to qualify for attention? Is the fight for equality getting co-opted once again?