A walk in the dim valley 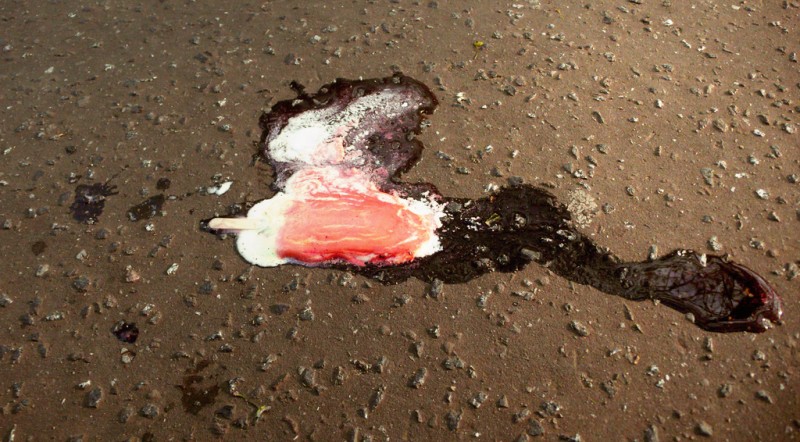 My summer job required me to supervise manual labourers on a vegetable farm.

I was just a couple of years out of high school. Most of the labourers were from conservative Mennonite colonies in Mexico. Many wore floral-print dresses and dark kerchiefs. Most were older and more experienced than me, but I was the one driving the boss’s four-by-four and telling them whether their boxes of peas were full enough.

I hated the role. I felt immensely uncomfortable knowing that I held a position of superiority and others held positions of inferiority almost exclusively because of where we had been born. I tried to be a kind and humble boss, but my job forced upon me the realization that I didn’t actually see the day labourers as equal to me. My distaste for the role was in part my distaste for my superiority complex.

I worked two more summers at the job. I reaped the benefits of privilege. I now live with this wound – the flip side of the wounds I inflicted. I don’t know how to make it right.

A few years later, while waiting for a bus connection in Asuncion, Paraguay, I spent an hour strolling the steep dirt paths of a hillside shanty town, I was struck by the fact that I could have easily been born into one of those smoke-filled shacks instead of a home with two fridges and four different patterns of carpet. In that lucid, jarring moment I saw that the vagaries of fate – or providence, if you believe God assigns some to drudgery and others to dishwasher-equipped comfort – had landed me on one side of a soul-numbingly wide gulf. I didn’t wish to have landed on the other side. Neither was I pleased about landing on the carpeted side. I just wished, impossibly, that there were no gulf.

Then there was the dreadful day at the ice cream shop in San Cristobal, Mexico when two poor, persistent boys wanted me to buy them ice cream cones. I just wanted to eat a treat in peace. I just wanted to be able to think clearly, uninterrupted, about whether to order lime or cookie dough flavour or both. I wanted the cashier to shoo the boys away so I wouldn’t need to deal with their request.

Once I had my ice cream, I gave them each about 50 cents, an amount based on a frazzled calculation. When it was too late, I realized that a single cone costs 70 cents.

I walked away with my double cone, 40 cents and the inescapable shame of knowing that I somehow consider myself worthy of a double cone when two young boys – two billion young boys – are not. I could have bought the boys each a double cone, but what then would have stopped me from buying cones for other poor boys until all my money was gone and I too was begging?

Then there was last Tuesday, when I deposited my paycheque. And yesterday. And today. Every day I draw a line – a thousand lines – at the point where my willingness to give up the benefits of my status stops. Each day is its own story of privilege, for I am – here comes the inevitable litany – an educated, employed, white, heterosexual, fully able, fully male, non-bald, average-height, married parent of another two healthy, opportunity-laden white males.

I am pretty much a caricature of privilege. And as such, any discussion of the topic cannot really go that well for me. I am guilty of a thousand wrongs – many of which I am not even aware – and there is no easy way of righting those wrongs, no easy way of eliminating the gulf or undoing fate.

Sure we can work for pay equity (which I did at my summer job long ago), greater opportunity for poor people (which I have also done) and more perks for poor kids (the daycare gig in Brazil would qualify here), but those things do not necessarily get at the roots of privilege, of inherent inequality, of entrenched disadvantages.

The problem of privilege is ridiculously complex.

I find myself groping for handles, specific steps to take. I offer here one such step: lamentation. It is not the only or the best way to address privilege, but I believe it is worth considering, for people on both sides of privilege.

The antiquated notion of lamentation points us in a direction opposite to our contemporary impulses. We are conditioned to respond to a problem such as privilege or inequity by identifying a course of action and mustering as much resolve as possible in an effort to make a positive difference. The standard operating principles – which have their place – include effort, productive change and hope. Lamentation derails that. It provides a sacred space in which to expose our shadiest feelings (whichever side of privilege we are on).

I need this. I’m carrying some hefty baggage and I need a place to unpack it – the shame, the weight of impossibility, the superiority complex, the feeling that no matter what I do, the sophisticated gurus of deconstructing privilege will I find myself groping for handles, specific steps to take. poke holes in my efforts. I can’t carry all that with me.

Lamentation is a space in which we do not need to hide or minimize these normally frowned-upon sentiments. It can help people overcome denial and work through guilt. In lament, we walk straight into the darkness, the valley of shadows, and stay there as long as necessary.

Nancy Duff, a professor at Princeton Theological Seminary and an advocate of reviving lamentation, writes that usually “we are taught that true faith in God mitigates such intense feelings” as the ones we might express in lament. Similarly, theologian Walter Brueggemann notes the common and, in his view, unfortunate belief that good Christians do not “acknowledge and embrace negativity.” But the biblical lamenters – who wrote a full third of the Psalms – make an art out of our impropriety. They express desire for harsh vengeance (“Happy shall they be who take [the Babylonians’] little ones and dash them against the rock.” Ps 137:9); they make brazen accusations against God (“You [God] have renounced the covenant with your servant.” Ps 89:39); and they cry out in utter despair (“How long, O Lord? Will you forget me forever?” Ps 13:1). This is not how I was taught to pray in Sunday School.

Lamentation even allows us to give up. Duff says it “allows us to rely on God and the community to carry forth hope on our behalf when we ourselves have no hope in us.” It is well-suited to a matter as intimidating, immense and personal as privilege.

It could be as simple as a candid talking circle – or series of talking circles – concluded with some sort of ritual of letting go, or it could be a season of liturgies involving song, litanies and the eucharist. It could be an individual or collective pilgrimage. Lamentation for privileged people could involve apologies, and would probably need to start with an invocation of grace and confession.

The prophetic tradition in the Bible includes a sort of societal confession. When Nehemiah hears that his people are “in great trouble and shame” he weeps and mourns for days, and he confesses the sins of the Israelites, taking them as his own. “We have sinned against you,” he says to God, “both I and my family,” though really the sin is that of unfaithfulness on the part of all Israel. In a sense, he is begging for God’s forgiveness, mercy and grace on his society.

Christian social justice advocates often cast themselves in the prophetic role. I would suggest this role needs to be expanded beyond naming and renouncing wrong-doing to include confession and lamentation.

To confess and lament is not to wallow in hand-wringing guilt. It is to name and face that guilt (and other nasty stuff), and then trust that we can move from guilt into grace. It is to take responsibility for dealing with our darker sentiments rather than letting them lurk in the shadows.

Lamentation is a paradoxical combination of action and despair, trust and doubt, humility and superiority. It requires trust – a trust that if we walk into the valley we will eventually, with the help of God and others, be able to walk out again. Brueggemann says we can hope to walk out with new energy. Processing pain publicly, he writes, can generate “passionate social power.”

Privilege is a deep, complicated problem, and our responses must also be profound and welcoming of complexity. If there is a final word, I believe it is grace. Despite gulfs and inequalities that too often make the world as well as our hearts hostile, we are touched by a gentleness that allows us to take imperfect steps.

This gentleness is a joke shared between a troubled boss and some kerchiefed pea pickers; it is the hope that someone else gave those boys in San Cristobal another 20 cents that day; it is the brief chat with a shanty town food vendor that ever so fleetingly bridged a gulf. None of these things solve the problem of privilege. If they are the final word on grace, they are dishonest clichés. Grace without action is mere indulgence.

And yet without these gifts of grace – quaint as they may seem – the problem of privilege is a valley that is just too deep.

Will Braun is a former editor with Geez.