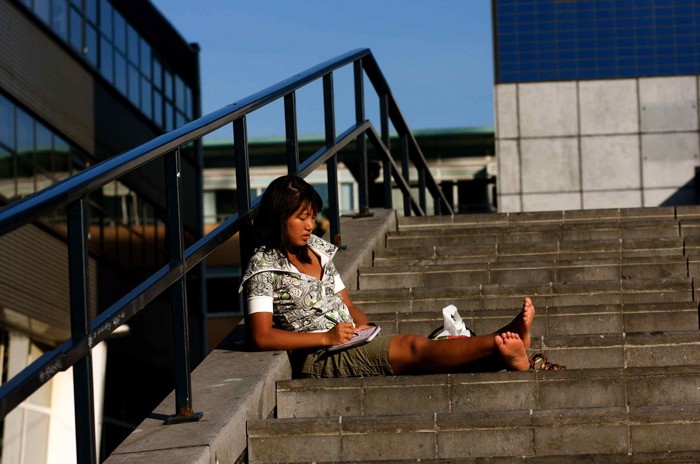 If I were to describe to you my most interesting, mature female friends, I would tell you they are emotionally intelligent, open-hearted and compassionate, honest, insightful and finely attuned to the subtleties of domination.

They often laugh, but do not use humour as a way to exert power or to create a buffer against vulnerability. They often cry. Now imagine coming across a magazine “call for work” that asks for writing exhibiting these qualities.

As it turns out, these qualities are not what female writers encounter in calls for work from magazines. In the call I received from Geez – for this feminist issue – I read: “Why does it seem like we get more pitches, and slicker pitches, from dudes? In the PerSisters issue we set out to expand our base of contributors to include more smart, funny, articulate, non-male folks.”

In the years I have perused Geez, I have come to expect this. Maybe it is the coolness, the seeming aversion to raw emotion or real vulnerability, the snarky self-satisfied confessional I read therein, an editorial bent that precludes anything too “earnesty,” a word used in past Geez pitch calls, as if earnestness is a thing to disdain.

Words matter. Writers choose their words with all the intentionality and eloquence of a composer choosing between the bright A and the melancholy A-flat. So when editors call for work in a way that elevates the male voice over the female, it is no wonder female writers choose not to submit. It is also not surprising when women’s writing is dismissed. I believe authentic female writing is often polished, intelligent and articulate, but male editors, and female editors conforming to the dominant valuation system, do not hear it. On the whole, the literary and media worlds are tone deaf to authentic female voices, to voices exhibiting the aforementioned qualities. Perhaps some believe women should write to editors’ biases, conforming our voices to the dominant voice (a white male voice in North America) so as to gain parity in the publishing industry. I am one feminist who disagrees. By compromising our authenticity in order to conform, female writers underscore a bias against women’s voices, and worse, they reinforce and perpetuate sexist values instead of working to change them.

Over the years, Geez has welcomed in more female writers, and the ratio of male- to female-authored articles is fairly balanced (though there’s a ways to go in the book-review section, a relatively recent addition). But parity goes only so far.

When I talk to my 21-year-old daughter about feminism, I tell her feminism means far more than women receiving the same jobs as men, the same pay as men, the same awards as men. It means more than female writers publishing as many articles or books as men. These measures are useless unless women experience this parity while fully actualized and authentic as women. These measures are useless if women are expected to be like the guys in order to get there, or if men who do not conform to the dominant system are expected to do the same. Feminism strives to build societies where women’s differences in values do not hinder them from being who they are and finding doors open to them – whatever that means for individual women – societies where people can fully embody values contrary to our current system while still achieving their full potential. Feminism doesn’t work for a world where women “have it all,” as if men have it all. Feminism is not just about equality, it is about equilibrium, a state of balance and sustainability in all areas of life. Equilibrium is what our world needs if we are to survive.

My advice for female writers is: write authentically and keep writing, no matter how editors call for your work. Occasionally your words will fall on open, self-critical ears and be heard.

Tricia Gates Brown is a writer and garden designer working on the north Oregon coast, author of Jesus Loves Women: A Memoir of Body and Spirit . More of her work can be found at triciagatesbrown.com. She is a feminist because she can’t imagine being anything else. She believes everyone is a feminist, even if they don’t yet know it.