We Do Our Own Work 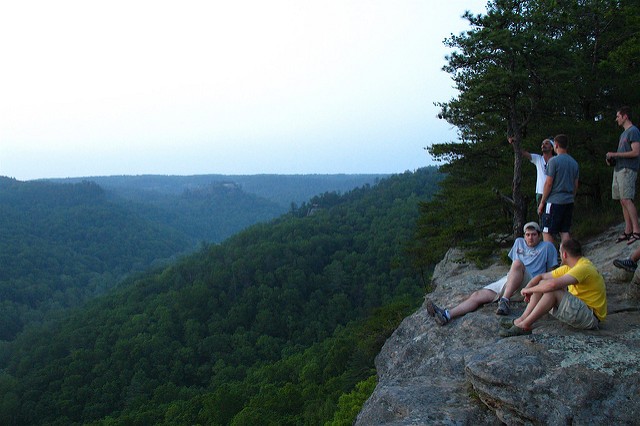 This past fall, two women (one of our pastors and a long-time feminist anti-violence frontline worker from our congregation) co-preached a sermon on the gang rape and dismemberment of the Levite’s concubine in Judges 19. The sermon moved quickly from this gut-wrenching ancient story of depraved male violence to the equally gut-wrenching stories of harassment and assault that were dominating headlines as part of the #MeToo movement.

The men in our congregation were posed a simple, yet challenging, question: What is your response to the epidemic of male violence in our world?

I felt convicted. I need to recognize my complicity and respond in some way to the issue of male violence. But I also felt assured I was one of the “good guys” when one of the women who had preached the sermon told me she considered me an “ally.” I felt honoured, but also ashamed. I didn’t deserve the title.

Other men in our church had reservations about the sermon, wondering if the tone of the #MeToo movement was pitting men against women in unhelpful ways or reinforcing a characterization of men in general as predators. Others pushed back against what they felt was secular feminist ideology in the movement. What is a distinctively Christian response?

Realizing we weren’t on the same page, a group of men organized several follow-up meetings to create some space for men to share their ideas and voice their misgivings about the way the conversation was being framed. This was a first step in doing our own work as men to begin understanding the issue of male violence without burdening women in our community with our ignorance, or asking them to walk us through the violence and trauma they’ve experienced.

To deepen these discussions and build community around how we might respond to male violence, we organized a men’s retreat. Contrary to many of our previous experiences in other churches, this men’s retreat did not feature a Braveheart film screening, readings from Wild At Heart, talk of motorcycles, or any of the typical gendered evangelical rhetoric about being a “godly man.”

Instead, we discussed the ways we’ve personally experienced the damaging impact of toxic masculinity (the film The Mask You Live In was a helpful frame). We read short posts by women on the website everydaysexism.com describing daily experiences of harassment and violence from men.

Perhaps the most impact came from the space we created to share open-heartedly with each other about our own complicity in violence against women. We confessed to being objectifiers of women’s bodies, consumers of pornography, bystanders to “locker room talk,” and participants in physical and sexual violence against women. We also recognized that confession could not merely be catharsis; it had to be a catalyst to action. In this retreat, I realized the potential of male spaces for providing the honesty, accountability, and encouragement I need to keep struggling out of the mire of patriarchy, sexism, and male violence that entangles us all.

On the final morning of the retreat, we began a discussion about our response. We need to do our own work on addressing issues like pornography addiction and ingrained sexism. We need to speak out when the spaces we’re in normalize female objectification and male violence, and we need to join women in taking action at a wider, systemic level. These conversations are still unfolding. We’ve asked women in our community who have been labouring to expose and confront male violence for years (with shamefully little interest or support from us men) to help steer the work as we develop our responses. We are trying to figure out what it means for us as men to be real allies to the women in our church and in our communities, and to work for the kind of change that might usher in a world with less violence against women.

Scott Neufeld is a PhD student, dad, husband, and aspiring prankster painter poet. He wrote this piece with some help from other men in the Grandview Calvary Baptist Church community in East Vancouver who accompanied him on the men’s retreat. His favourite gender-bending cultural icon is Cree-Irish artist Kent Monkman’s mischievous drag alter-ego “Miss Chief” for the way he/she unmasks the rape culture that is colonialism.