The Hand of God on My Brown Skin 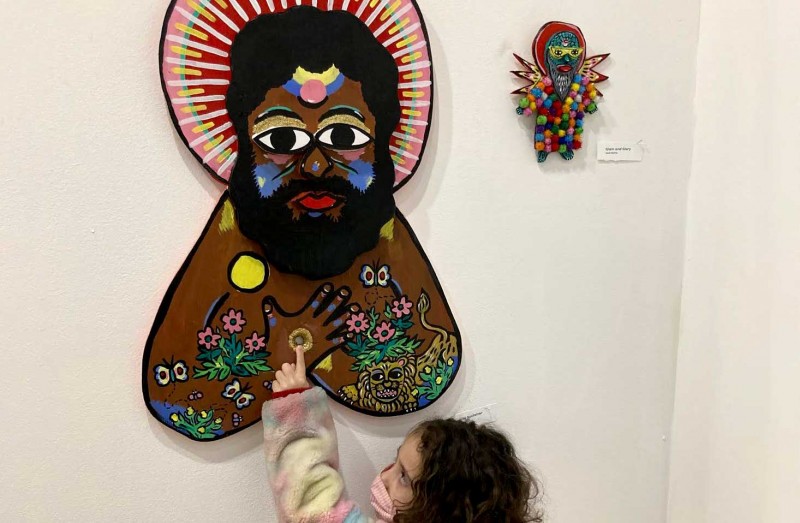 The story of my family begins with a prophecy – a promise foretold and fulfilled by God.

Geez Out Loud · The Hand of God on My Brown Skin

In my version of the story, I became my adoptive parents’ daughter on the day they brought me home, when I was just shy of 9-months-old. The period between my birth and my delivery into their hands is a silent swelling in my mind, a second gestation before I was me and we were us.

But for my adoptive mother, the story begins much earlier. As soon as she held me in her hands, the months and years she had spent longing for a child became my history. She loved me with a faith that I was divinely made to be hers. She claimed me as her own in the name of God, by a covenant more powerful than flesh.

Before I formed you in the womb I knew you; Before you were born I sanctified you.

To my adoptive mother, my brown body bears marks of God’s perfect plan, even as it contrasts so vividly with her own pale skin. She says I am short like her sister and stubborn like her mother; the length of my second toe is their family trait; even the name my birth mother chose for me is proof of God acting through her, as it matches my adoptive family’s tradition of names beginning with the same letter. In these signs, she sees the hand of God upon me, directing my path inevitably toward the shelter of her white, Christian family.

I know these assertions emerge from her deep conviction that God created me to bless her family with a child, and from her love for me, so essential to her identity that she cannot see me as anything but hers. But the claim that I was preordained to belong to my adoptive family denies the racial difference I have confronted every day since I was a small child. It insists that when I was forcibly taken from my birth mother, what I experienced was not the severing of a bond, but the steady protection of God’s guiding hand. It makes it difficult for me to view my birth mother as someone I once belonged to, too.

The muted violence of this erasure is no less painful because it is carried out with love. Revising my story to retroactively drain the harm from it protects no one but the teller.

As a child, I experienced the rightness of religion as inextricably bound to the whiteness of my adoptive family, so that to question one of these forms of salvation was also to risk rejecting the other. Adolescence exacerbated that tension, as I was increasingly sexualized as well as racialized. Long covetous of the white flesh that I saw as both purer and more right than mine could ever be, as I aged, I became ever more conscious of the white hands that attempted to contain and reframe my body.

My adoptive mother’s hands, tugging at the necklines of shirts that looked chaste on my friends but indecent on me.

The skinny wrists of white girls who held their arms against mine to illustrate their summer tans – how novel it was to be almost as dark as me.

A teacher’s finger pointed in both concern and accusation at the natural darkness below my knees as she asked, “How did you get those awful bruises?”

How impossible to answer such a horrified expression by avowing that this skin was uninjured, was mine, was right. I told her I had fallen and nodded as she said it must have hurt badly.

It did hurt, and does, to have grown up in this brown body with the hand of God upon it, shaping and sanctifying and searing all it touches.

Kayla Harr is a transracial adoptee who writes, edits, and educates in the Washington metropolitan area.