Re-Rooting: Tending Our Traumas as We Tend Each Other 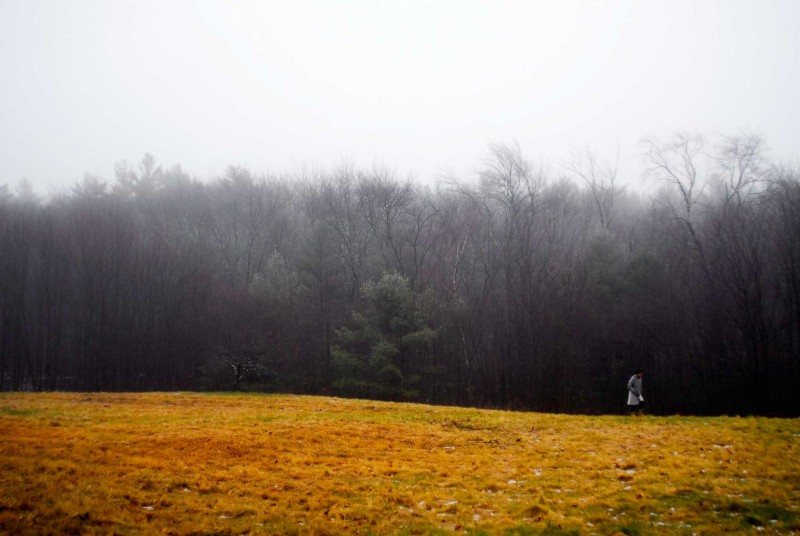 A few years ago, in a small group meeting about decolonizing pedagogy, I stumbled against an inner wound.

I was part of a multi-year pilot project led by Indigenous colleagues, a project seeking to undo the white supremacist colonialism of the Catholic college where I teach. We had built rapport over time and I was deeply committed to the work, but on this day, when I answered a question and received a negative response from the leader, I had an unexpected reaction. My heart pounded in my ears, an old familiar heat rising to my face, tears burning in my eyes. The only way I knew to keep from crying as my shame rose was to shut down, so for that day I did.

The experience shook me. I trusted this teacher and had received plenty of criticism without such a strong reaction. As I reflected on the encounter, I realized that what I’d felt was an uncanny repetition that had nothing to do with my colleague’s intentions and everything to do with my early formation: in my body I’d suddenly again been twelve years old, shrinking under a Sunday School teacher’s insistence that my heart is deceitful above all things and desperately wicked, my righteousness like filthy rags – essentially worthless, untrustworthy, rotten to the core.

In the white fundamentalist churches I grew up in, this anthropology of sinfulness reigned, but it was unevenly applied: women were schooled in the disciplines of self-sacrifice and longsuffering service of men, children were trained in unquestioning obedience, and queer folks choked for air in tight-shut closets. Healing from this patriarchal authoritarianism has entailed rejecting theologies of silence and self-diminishment, theologies that claim I’m inescapably tainted by evil – and even more so as an inheritor of Eve’s sin. This healing follows a trajectory common in white feminist theologies: in Valerie Saiving’s classic formulation, while men’s characteristic sin may be selfishness, women’s is selflessness, and the path to holy healing for women is self-development.

So what are those of us formed in fundamentalist Christianity to do when our process of healing comes into tension with the costly work of dismantling white supremacy, whether in our conscious awareness or in deeply embodied resonances? What does it mean for us to both embrace our strength, contribution, and presence on a journey out of queer-phobic and misogynistic legalism while also seeking to divest ourselves of racial, economic, and cultural power? What does it mean to admit our irreducible complicity in racist evil while recovering from a religious system that bludgeoned us with descriptions of our depravity? What does it mean to pass the mic when we’re still finding a voice? What does it mean to put our bodies on the line when these bodies are still recovering from being disciplined for anyone’s use except our own?

These questions get at basic conceptualizations of self and freedom, individual and community, flourishing and responsibility. And as I experienced in the meeting, the tensions they point to can go so far as to activate trauma responses. Those of us formed in toxic structures of submission can be prone to fighting against calls to accountability, freezing in shame, or fawning in compulsive efforts to please authority figures: reactions that undermine our authentic engagement in the work for justice. In the meeting that awakened my deep shame script, my response was by no means proportionate, but it had real effects. Because it caused me to dissociate, it blocked my capacity to participate that day. And so this leads me to the question, what does it take to move from a place of religious trauma and bad theology to a place of healing that empowers us in the long project of undoing white supremacy?

One of the great gifts in my own two-decades-long disentanglement from fundamentalism has been learning from wise teachers that the dualism of self-sacrifice vs. self-development is part and parcel of the patriarchal white supremacist theology I’m seeking to divest of: it is by no means the only way of viewing the world. Other teachings reframe the question of sacrifice, empowering an approach to self-gift that undermines white supremacist patriarchy and signals a way out of the conceptual impasse while also refiguring the relation of self to community altogether. I’ve had many teachers on this path but would like to reflect here on the work of two of them – womanist theologian Emilie Townes and Michi Saagiig Nishnaabeg scholar and activist Leanne Betasamosake Simpson.

I spent the better part of my twenties struggling with redemptive suffering. Reading white feminists, and talking with fellow recovering fundamentalists, I found a general refusal of self-sacrifice, given Christianity’s long history of unevenly applying the call to lay down one’s life. But reading womanist theologians – and listening to Black women in local community – I heard another call, one that recast the question altogether. In her collection A Troubling in My Soul: Womanist Perspectives on Evil and Suffering, the Rev. Dr. Emilie Townes names suffering as an evil – and one disproportionately afflicting Black women in the history of white supremacy – but at the same time claims pain as a power for justice work. Drawing on Audre Lorde, Townes defines suffering as an “inescapable cycle” associated with “oppression.” By contrast, pain is “recognized, named, and then used for transformation.” In this view, pain may be a worthy risk in the work toward suffering’s eradication.

Townes’s work reminds me that if I seek genuine solidarity with communities that continue to suffer injustice, I will respond to the urgency of the work in ways that cost me something, but this is not the same dynamic as authoritarian mandates to gendered suffering. Engaging in anti-racist work while pursuing post-fundamentalist healing involves clarifying the difference between suffering and pain.

Leanne Betasamosake Simpson further challenges my inherited conceptions of self-gift in A Short History of the Blockade, which prints her 2020 Canadian Literature Centre Kreisel lecture. Simpson focuses on Amikwag (beavers) who “in many versions of the Nishnaabeg Seven Ancestor teachings” represent “Nbwaakawin, the practice of wisdom.” She explains that wisdom “means to put others before yourselves. In other words, you can meet your own needs and think about yourself after you have thought about your family and community.”

This others-first ethic may at first sound uncomfortably similar to a Christian model of self-sacrifice that has disproportionately disciplined women, colonial subjects, and people of color, but Simpson insistently reminds her readers that this “ethic of care” and “deep relationality” is radically different from colonizers’ frameworks. She shares this teaching through stories, including “The Woman Who Married a Beaver,” which tells a tale of self-sacrifice whose meaning is “not so obvious in a Western world view.” Simpson explains that in the story, the beavers are “consenting to give up their bodies to help the Nishnaabeg feed their families,” then returning in spiritual form. The narrative, Simpson clarifies, is about “gifts of reciprocity,” “an expression of international diplomacy between Nishnaabeg and the beavers.” This reciprocity stands in stark contrast to the violations of reciprocity and consent that colonizers later perpetrated.

The story of Amikwag pictures self-giving as mutual, life-creating, and non-gendered, and it challenges my deep assumptions about what it means to lay down one’s life. Reading Simpson, I find myself both unsettled and welcomed by the Nishnaabeg Sacred Stories and their practices “intended to provide peace and a good life for all living beings on earth.”

Simpson and Townes cast distinctive but resonant visions of self-divestment that are not disciplining but generative. Turning aside from white supremacy’s toxic individualism, they forward alternative visions of holistic communal flourishing that never devolve into authoritarian homogeneity. They invite me into an imagination of what it could mean to lean into the costs of dismantling white supremacy within a framework that doesn’t replicate my early formation in unholy selflessness.

Of course, when I turn as a white woman toward Black and Indigenous sources, I risk appropriation. In their recent book Healing Haunted Histories: A Settler Discipleship of Decolonization, Elaine Enns and Ched Meyers draw a helpful distinction between appropriation and apprenticeship: rather than using others’ work to enliven our tired spirituality or ethics, apprenticeship involves deep listening with openness to challenge and genuine change. Apprenticeship also involves, I think, refusing the false comfort of ideas abstracted from practice and individuals abstracted from relationship – or in Townes’s words to resisting theologies “that encourage us to separate our bodies from our spirits, our minds from our hearts, our beliefs from our action” (Womanist Ethics and the Cultural Production of Evil). Townes and Simpson ask their readers to turn not just to theory but to presence: the Beloved Community I’ve experienced in Black church welcome, or kîhokewin, the kind of visiting my Cree neighbors have invited me into since I’ve lived in Treaty 6 territory. My own propensity is to seek answers in books and -ologies, but when I look to Townes and Simpson in print, they turn me back to skin and bones, trees and bread, conversation and collectivity. They turn me to dance and song, sport, creative making, sexual expression, play and ceremony, fasting and feasting.

These practices are the bedrock of traditional cultures; they are also essential for embodied healing from trauma. The fact that recent research in somatic trauma recovery aligns with ancient wisdoms should come as no surprise, nor should the fact that white supremacist theology itself severs minds from bodies (this world is not my home, I’m just passing through). Disincarnation is part of my woeful inheritance, and healing from it is essential if I’m not to repeat its wounding. As French philosopher-mystic Simone Weil wrote in 1943, in what became The Need for Roots, Europeans uprooted through industrialization, war, and toxic theologies, and then in turn uprooted much of the rest of the world, robbing communities of their deep cultural ways through colonization and chattel slavery. Recovering from the root-rot of patriarchal white supremacist theology and its myriad toxic consequences involves healing these connections between mind and body, self and other, humans and the land – for both colonized and colonizers. Imperial religion has wounded us all.

And so we seek liberation together, seek healing not just for our own sakes but for the sake of planetary flourishing. This vision calls forth ways of being in the world that are not without struggle, risk, or even sacrifice, but that center relationship and responsibility together with freedom and love, refusing white supremacist binary thinking altogether. Instead of seeking comfort within these prevailing structures, Simpson invites us to “imagine other worlds.” Weil challenges us to deep-rooted courage. And Townes calls us to “order and shape our lives in ways that are not always predictable, not always safe, rarely conventional” – all in pursuit of an everyday living that will “keep justice, peace, and hope alive and vibrant.”