Little imperialist on the prairie 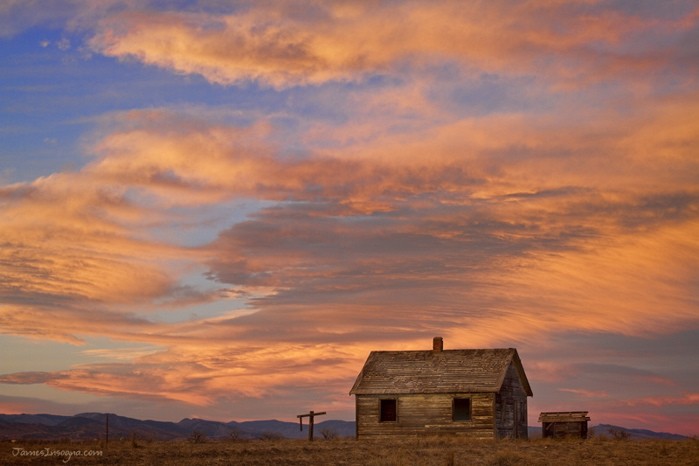 From the very first page, Laura Ingalls Wilder gets it wrong.

Little House in the Big Woods, the first of Wilder’s classic Little House series of children’s books, begins in the 1860s in the empty woods of Wisconsin. “As far as a man could go to the north,” she writes, “there was nothing but woods” – no houses, no roads and “no people.”

Oops. She begins by omitting indigenous people from the landscape. This error – known as terra nullius in international law – is the basis of the standard story of this continent: it was empty; just sitting there for the taking.

Of course, my 5-year-old son isn’t great with Latin, and I don’t want to turn a story into a lecture, so I just grimace to myself and keep going, eager to revisit my childhood memories of the books.

Wilder’s father later moves the family from Wisconsin, which was becoming too crowded, to Kansas, where they set up a homestead in “Indian Territory.” Here things get ugly. And weird.

Early in Little House on the Prairie – the book set in Indian Territory – Pa promises Laura she will get to see a “papoose,” or Indian baby. (Though the term Indian is considered offensive in Canada, it is still widely accepted in the U.S.)

Laura’s interest is piqued, but Ma doesn’t like Indians, which perplexes the girl. “This is Indian country, isn’t it?” she asks. “What did we come to their country for, if you don’t like them?”

Pa had heard that Indian Territory would be opened to settlement soon. Plus, he loved wild adventure.

Running parallel to the story of a family’s remarkable effort to set up a homestead 40 miles from the nearest town is the relationship with Indians. Pa and Laura are intrigued – the elusive papoose keeps coming up – while Ma is scared.

The ominous Indians do not make an actual appearance until a third of the way into the book. “Two naked, wild men” approach the house and enter, their black eyes “glittering, like snake’s eyes.” (By this point, my son is getting a redacted version of the book.)

Pa is gone. The men motion to Ma, who makes cornbread for them, trembling with terror. Most preposterously, the men are said to be wearing loincloths made of stinking “fresh skunk skins.”

The “fierce-looking” Indians eat and leave. Pa returns. Don’t bother them and they won’t bother us, he says.

Later, when Laura finally sees a papoose, she is so enchanted that she asks Pa to get the baby for her to keep. But the increased presence of Indians heightens tension.

One day “the tall Indian” pays a visit. He and Pa eat and then smoke their pipes together. This diplomatic encounter ultimately saves the family from being massacred.

Pa, who defends the Indians as “perfectly friendly,” is fine with them using the trail that he inadvertently built the family’s house next to. He concedes their entitlement: “[It was] an Indian trail long before we came.” But that entitlement is limited. Later, Ma and Pa explain to Laura that Indians go west. “Why?” she asks.

“Will the government make these Indians go west?”

“Yes.” Pa explains that when settlers come Indians have to “move on.”

“Won’t it make the Indians mad to have to –”

Tensions reach a crescendo as the family is bombarded nightly by frenzied, blood-curdling war cries from nearby camps. Later, they find out that the “tall Indian” convinced the warriors not to kill the settlers.

In the end though, Pa hears that Washington will let the Indians stay, so he moves the family to Minnesota to live among Swedes.

In these books, Indians are wild, exotic and threatening, yet also dignified and peaceable. When the white neighbour says, “The only good Indian is a dead Indian,” Pa objects. They have reason to dislike white folk, given how often they have been forced to move. “But,” he says, honing in on the crux of his colonial justification, “an Indian ought to have sense enough to know when he was licked.”

In Wilder’s world, Indians are not entitled to the land. Indeed, if she believed otherwise, her life’s story, and the entire story of the continent, would fall apart. To maintain her belief she must portray Indians as inferior – interesting, even friendly, but ultimately uncivilized.

This classic colonial narrative is easy to critique. Yet it persists because it is nearly impossible for non-indigenous North Americans to truly untangle ourselves from it without getting back on the boat. We might not share Ma’s disdain for Indians, but our existence here constitutes a tainted sense of entitlement. We must acknowledge that we are not fully entitled to what we have. And we must work for honourable and equitable sharing of land and resources.

Like Wilder, I come from a prairie farm that sits on land once inhabited by Indians. My parents still live there. Next time I go there, I’ll take my son for a walk along the creek and talk about Wilder’s books. I’ll ask if he thinks Indians ever lived there.

The hard part, though, will be deciding what to do when I inherit a piece of that land.

Will Braun is a founding Geez editor. He lives in Winnipeg, Manitoba.