Inside, Outside, All on the Same Side! A Conversation with Incarcerated Workers Organizing Committee 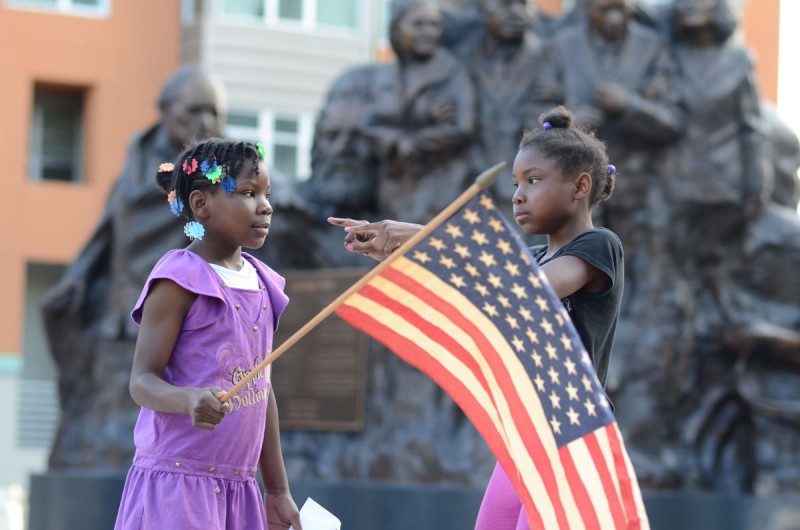 Founded in 2014, the Incarcerated Workers Organizing Committee (IWOC) has spent the last several years organizing workers in and outside of prisons to build networks of solidarity with the hope of dismantling the prison system. Between August 21 and September 9, 2018, IWOC helped organize a National Prisoner Strike across the United States, which also spread to Canada. Through work stoppages, phone zaps, letters, legal advocacy, and more, IWOC is amplifying the voices of prisoners and working to set them free. Dean Dettloff interviewed Lisa Serge, an outside/non-incarcerated member of IWOC.

Geez: Where did Incarcerated Workers Organizing Committee (IWOC) come from, and what does it do?

IWOC: IWOC is an inside-outside network of people seeking to aid in building prisoner unity and support. IWOC is a network of local and mostly autonomous groups who operate very differently from one another, but who have strong common principles. We prioritize the voices and experiences of people who are directly impacted, and we don’t come into situations with our own agenda, except to aid collective power to challenge the foundations and functions of the prison itself. Each local group came together mostly with the same jail complaints, finding each other and turning common complaints into collective action.

Geez: IWOC is a branch of the Industrial Workers of the World (IWW), a radical union movement dating back to 1905. How is the IWW’s tradition of organizing useful for imprisoned workers?

IWOC: Black Liberation freedom fighters, namely George Jackson, galvanized people in prison to come together in a movement. He was the most significant fighter in the movement against prisons, and was assassinated in 1971 by the police. In the decades since then, outside support has become more coordinated, and coalitions with different makeups have aligned with the IWW’s organizational structure with the intention of including all workers into One Big Union. We like to say: inside, outside, all on the same side!

Geez: The U.S. is the biggest perpetrator of incarceration, but IWOC’s organizing and resistance doesn’t stop at the borders of the United States. How does the international character of struggle and abolition feature in your work?

IWOC: In 2018 during the National Prisoner Strike, Nova Scotia became an unexpected site of struggle, where incarcerated people advocated for basic human rights demands, from better food to having education.

We saw support in the form of statements and solidarity actions from as far as Palestine, Indonesia, London, Paris, and in various cities in Germany. We know wherever there is a system of neocolonialism there is prisoner resistance. We try to uphold that and connect our struggles wherever people are.

Geez: Let’s talk about the prison system itself. The United States has the most prisoners per capita of any country on the planet. What kinds of work do prisoners do under this system? Who benefits from their labour?

IWOC: No matter what type of prison, prisoners do so many jobs within the prisons that prisoners run the place: from cleaning and maintenance, running the kitchen, laundry, education and programming, to administrative functions. Prisoners also do unrecognized labour, like taking care of other people when they fall ill. The entity that benefits the most from prison labour is the prison itself, saving in personnel costs.

But we need to unpack the different prison types. [Dan] Berger and [Toussaint] Losier’s Rethinking the American Prison Movement distinguishes three types of prisons: the Workhouse, in simplest terms a prison with a factory in it; the Big House, a place like California’s San Quentin where there are rehabilitation and programming options; and the Warehouse, which is what we see most commonly today, massive human storage units that have been built since the 1970’s to deal with social unrest and rising unemployment.

There are also county, municipal, and federal government programs where prisoners do labour in everything from landscaping to disaster relief and prevention, including firefighting. Additionally, there are corporations that benefit from prison labour. We’ve seen Whole Foods packaging, Starbucks cups, and Unicor furniture made in prisons, as well as prisoners working in call centres. Workers in these prison corporations, however, are a much smaller fraction of the prison population.

The jobs that actually get paid are few and far between, and wages can be anywhere from 11 cents to 37 cents per hour. A common justification used by prison officials is an argument that labour within prisons isn’t forced because “prisoners want to work” or “prisoners are lining up for jobs”– well, in some cases having a job is the only way people can be out of their cells for more than one hour per day. So while we will never say that people who are in prison don’t have agency, they certainly don’t have much of a choice. People want to contribute to society, rehabilitate, and have variety in their lives. Additionally, roles are coveted because everyone in prison needs money. Some people have restitution fines to work towards. Everyone needs to buy extra food: no matter what prison officials say about calorie nutritional requirements being met, everyone who has ever had to survive on it knows that prison food is totally inadequate.

Geez: Slavery was abolished by the 13th amendment of the U.S. Constitution in 1865 “except as a punishment for crime,” encoding a legal form of prison slavery. Researchers like Michelle Alexander have shown that prisons carry on the history of white supremacy. How does this system of prison labour inherit the legacy of slavery?

IWOC: We make a distinction between the social condition of slavery and the labour aspect. In some places, especially the southern United States, prisons are built on literal plantations, like the infamous Angola Prison in Louisiana where prisoners still do farm labour. However, slavery is about the condition of being enslaved. During antebellum slavery, children and elderly people were enslaved. When people could not work, they were still enslaved – owned and controlled, socially unable to exercise choice, denied freedom to practice their religions, speak their own languages, and have agency in their lives and families. Like slavery, the prison and whole carceral system – especially as it is in the United States – renders social death. So those who benefit most from prison slavery are those in power seeking to maintain the same social order that existed during antebellum slavery.

Slaves also built an entire culture and a whole world within the confines of being kidnapped and forced onto plantations. In that we also see a parallel with prisoners today building beautiful and mighty things with their ingenuity. Everyone who does prisoner support understands this – we meet and spend time with literal geniuses all the time.

In a way this all renders our name “Incarcerated Workers Organizing Committee” a slight misnomer, because we work with all types of prisoners, not just people who have a job in the prison!

Geez: What can people outside prison do to amplify and support the struggles of incarcerated workers?

IWOC: No matter where you are, you are near a prison right now that is not only violating human rights, but stripping away the ability of the most marginalized people in society to survive and to be connected to any social fabric. People outside should challenge the policing, prison, and immigrant detention practices in local areas. Someone once said: prisons don’t disappear society’s problems; prisons disappear people. I hope your readers will take a critical yet open-minded look at the prisons near them, and see that a just world is a world without prisons.