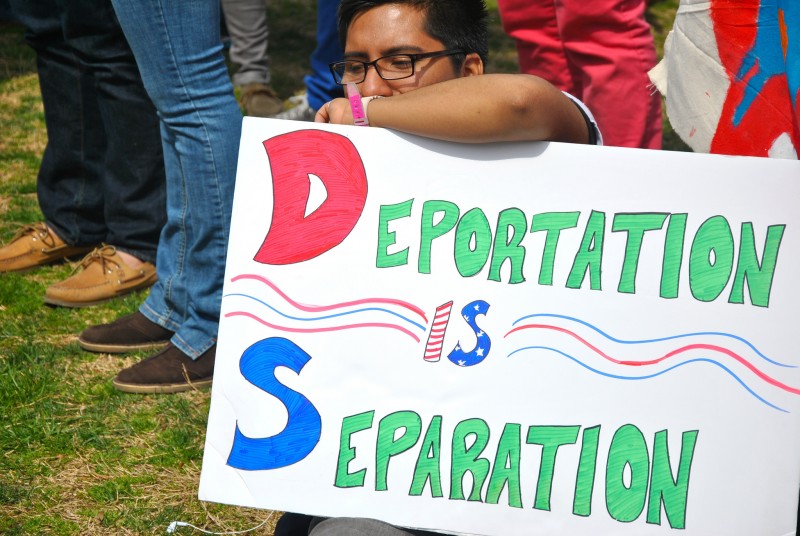 Following the inauguration of new U.S. President Donald Trump, many religious congregations announced their commitment to house immigrants and refugees who may be deported under the new regime.

On January 20, Arizona Public Media reported that more than a dozen Christian, Muslim and Jewish leaders gathered in Tucson to collectively pledge to provide shelter and legal aid for targeted people. The Tucson Sentinel reported these efforts joined the larger “Sanctuary Rising” movement that involved some 700 religious congregations across the country (a report in late December by the New York Times pegged the number lower, at 450 congregations).

A pledge created by Reverend Alison Harrington of Tucson’s Southside Presbyterian Church stated, “By signing this pledge, we are dedicating ourselves to educate and activate our congregations, to amplify and respond to the voices of immigrant leaders, and to speak out against the discrimination of any and all marginalized people.

“We are ready to open the doors of our sacred spaces and accompany those facing deportation and discrimination. We support those answering the call to provide sanctuary at schools, hospitals, college campuses, community centres and family homes. We will work with partner organizations to create sacred space of sanctuary wherever it is needed.”

This movement is a revival of the Sanctuary Movement of the 1980s, which also formed out of Tucson’s Southside Presbyterian Church in response to people fleeing from El Salvador, Nicaragua, and Guatemala. The New York Times noted that there was a resurgence of the concept in 2006 and throughout former president Barack Obama’s tenure. (Obama’s administration deported over 2.5 million people, which, according to snopes.com, is half a million more than George W. Bush’s administration.)

The entire concept is predicated on the ancient “right to asylum” in religious sanctuaries. But it’s been extended to other areas as well. VICE reported that over 60 restaurants across the United States have committed to providing “rights cards” in the event of raids or immigration actions. There are also pushes for cities and towns to adopt a position of “sanctuary city,” which means that local law enforcement wouldn’t cooperate with federal immigration officials to help identify and deport undocumented migrants.

Reverend John Fife, one of the founders of the Sanctuary Movement in the 1980s, told Arizona Public Media, “Once again, faith communities are standing up to say: ‘Not in our time. Not in our place.’”