How to Read About Africa and Other Foreign ‘Countries’ 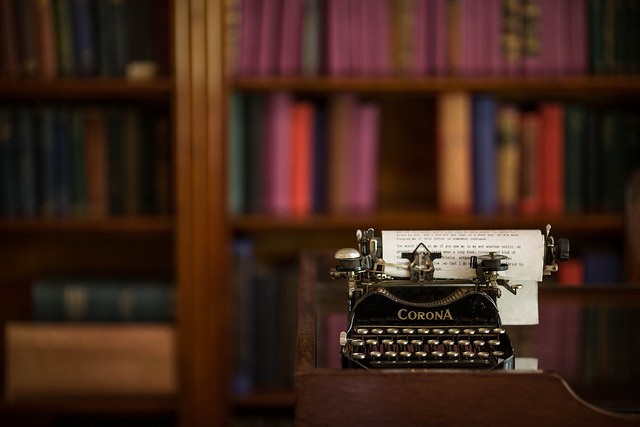 One night in the early 2000s, a young Kenyan writer sitting in his student residence in Norwich, England, fired off an irate email to the editor of the prestigious literary journal Granta. His beef was with the magazine’s Africa issue.

“It wasn’t the grimness that got to me, it was the stupidity,” Binyavanga Wainaina later wrote, describing his frustration. “There was nothing new, no insight, but lots of ‘reportage’ – Oh, gosh, wow, look, golly ooh – as if Africa and Africans were not part of the conversation, were not indeed living in England across the road from the Granta office. No, we were ‘over there,’ where brave people in khaki could come and bear witness. Fuck that.”

Granta ended up publishing a version of Wainaina’s email as a satirical guide entitled “How to Write About Africa,” which laid bare virtually every cliché that Western travel writers have been buttering their bread with since David Livingstone: “Africa is the only continent you can love – take advantage of this. If you are a man, thrust yourself into her warm virgin forests. If you are a woman, treat Africa as a man who wears a bush jacket and disappears off into the sunset,” Wainaina wrote. “Your African characters may include naked warriors, loyal servants, diviners and seers, ancient wise men living in hermitic splendour. Or corrupt politicians, inept polygamous travel-guides, and prostitutes you have slept with. . . . Avoid having the African characters laugh, or struggle to educate their kids, or just make do in mundane circumstances.”

The essay became one of the most-read stories in Granta’s history.

In many ways, the modern genre of travel writing continues to represent the European colonial enterprise: The daring explorer reports from the frontier of the known world. The ethnographer transmits wisdom from the noble native, serene in her poverty. The bungling adventurer talks his way past yet another corrupt official. At a time when more people than ever before in our planet’s history are on the move because of war and environmental devastation, impeded in their flight by border walls and immigration police, reading about the misadventures of another first-world tourist feels embarrassing.

Still, we love a good travel story. We want to know the limits of human ability. We want to be transported. We want to see what’s around the next bend. We want to understand our world. And there’s nothing wrong with that. In fact, one could argue that good literature of any kind boils down to this: a journey and a discovery.

I read a lot of narrative non-fiction – journalism, memoir, travelogues, and essays – by itinerant writers. I’m choosy, though. Here are a few of the things I look for:

Writers who aren’t white. The good news is that we no longer need get all our dispatches from white dudes with money or a boat. Anjan Sundaram, Alain Mabanckou, Alexis Okeowo, and Hisham Matar are only a few of the keen-eyed writers commenting on the various worlds we live in. Teju Cole was born in the U. S. to Nigerian parents, raised in Lagos, and now lives in Brooklyn. Cole is a traveller, essayist, and cultural critic. His first book was a novel, but one that reads like a travel diary and offers the same kind of social critique as a work of non- fiction. In Every Day is for the Thief a young man returns to Nigeria after years living in the U.S. and encounters a city at once yearningly familiar and uncomfortably strange. Cole writes about Lagos with the freshness of an outsider (a “sun-suffused” street full of casket-making shops becomes a meditative labyrinth) and the awareness of a local (a relative’s offer of a ride is “about keeping the lines of privilege taut”).

In one horrifying scene an 11-year-old is doused with gasoline and set on fire as punishment for stealing a bag. The incident exposes a vein of cruelty within Nigerian society. “The market has seen everything. It must eat. It does not break its habits,” Cole writes. Another travel writer, Will Ferguson, depicted a similar execution in his Giller Prize-winning novel 419. But in Ferguson’s hands, the scene feels gratuitous, like someone else’s horror lifted out of its context and exploited for dramatic effect.

Writers who go slow. Katherine Boo had already spent years reporting on the relationship between power and poverty in America for The New Yorker and The Washington Post when she turned her attention to India, a country where rising affluence and scrounging poverty lived side-by-side. Boo wanted to read a deeply reported non- fiction book about how low-income people in India – women and children in particular – were negotiating the new global economy. Since she couldn’t find one, she decided to write it.

Boo chose a settlement of shacks built on a garbage heap in the shadow of Mumbai’s luxury hotels and spent three-and-a-half years interviewing its residents and documenting their lives. The resulting book, Behind the Beautiful Forevers, reads like a Charles Dickens novel – readers sometimes mistake it for fiction – yet every detail, down to the thoughts of its characters, is fact. Boo’s research is slow and painstaking. To recreate one pivotal scene she didn’t witness firsthand, Boo interviewed 168 people and hunted down court, hospital, police and morgue records. It’s a stunning work of non- fiction storytelling, one that reveals the intricate hierarchies of power in microcosm and the trickle-down effects of global capitalism.

Writers who look inward. Every travel narrative worth its salt charts an inner journey alongside an outer one. On its surface, Blair Braverman’s beautifully written memoir, Welcome to the Goddamn Ice Cube, is about learning to drive sled dogs and survive in the harsh Arctic climate of Alaska and northern Norway.

But the real story here is a young woman’s encounter with the misogyny and sexism so deeply engrained in the rough worlds she explores. This coming of age story eloquently exposes the myths that allow rape culture to persist: that sex is something women owe men, that women aren’t supposed to enjoy it, that rape isn’t rape if the victim participated at any point. As the story unfolds, the narrator’s insight accumulates. “I still wanted adventure,” Braverman writes as she considers returning to the north with its ice and volatile weather and casual misogyny. “I had always wanted adventure – wanted the thrill and the stories and the identity that came with it. But I’d become acutely aware that adventure was a kind of violence too.” It’s this violence that Braverman resolves to confront.

The travel writer can do many things. He can confirm our innate belief that other parts of the world are dangerous, backwards, violent or quaint and that our experience is the normal one. Or she can dislodge us from that comfortable place we think we occupy at the moral centre of the universe.

Josiah Neufeld is a Winnipeg writer. His travel practice: He never goes anywhere without a book, not even to the grocery store.