Holy failure, Jesus is a paradox 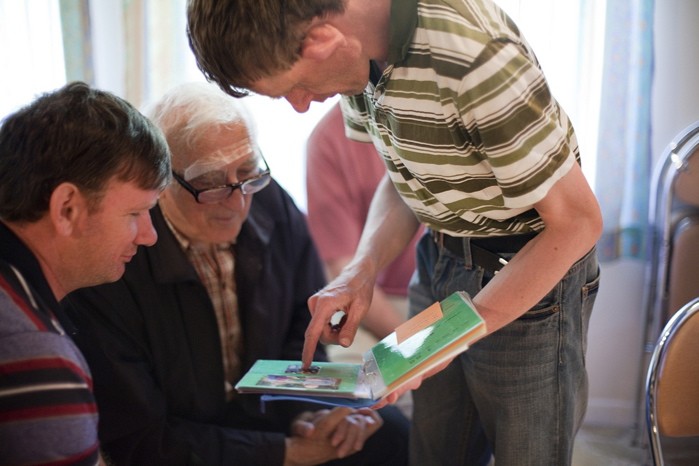 In many ways Jesus failed.

He didn’t achieve the sort of successes we commonly applaud. He didn’t start a relief agency. He didn’t have a seminary library named after him. He didn’t hold any formal title or position. And, as the revolution-minded crowds that welcomed Jesus into Jerusalem on Palm Sunday later discovered, he didn’t overthrow the oppressive Roman occupiers either.

The story of Jesus’s life does not follow the standard success narrative of our day. The events of Palm Sunday illustrate this with particular clarity.

Commentators suggest the people waving palm branches during the “triumphal entry” viewed Jesus as an ascendant king who would oust the Romans. The people could smell political success. But their expectations were misguided. And, in the end, according to their criteria, Jesus failed; the Romans remained.

I wince at that story because I fear that I, along with many Christians, have often been one of those people cheering Jesus on, expecting him to do exactly those things that are outside his nature. We Christians commonly fail to see the profound difference between the story of Jesus and the popular success script that tells us, “focus on a goal, don’t give up, believe in yourself, overcome set-backs, and you will succeed.”

This “try hard, be strong, make a difference” narrative is constantly reinforced in our culture and is easily and often adapted to faith. Indeed, I have lived most of my life blending the success story and Jesus’s story. I’ve spent much of the past 15 years trying hard to be as effective and influential as possible, especially in my work on energy issues and cross-cultural relations. This is not all bad, but all along I have had doubts. Now, I am seriously questioning the underlying story-line that has driven me.

I can trace my doubts back, in large part, to the following three stories. First is the story of Jean Vanier. Vanier grew up in a setting of privilege. As son of a former Governor General of Canada, Georges Vanier, he joined the navy and later became an academic in Europe. He was doing well for himself. Then, while living in France, Vanier met two men who lived in an institution for people with developmental disabilities. He was moved. He sensed their primal cry for love and belonging, and in their cry, he sensed the call of God. So, in the prime of his life, he invited the men to move into his home.

This man of noble lineage and great capability began tending to the daily needs of these men who were, according to the success narrative, losers and nobodies.

What Vanier slowly discovered, as he gravitated toward this realm of weakness and vulnerability, was the ability of these men to bring him, through shared daily life, to a deep experience of tenderness, love, and unity. “The whole Christian mystery,” he wrote, “is revealed to us through the weak and the powerless, the little ones.”

Vanier called the humble household of three L’Arche (French for the ark). Four decades later, there are many L’Arche homes around the world. In these homes, people with developmental disabilities – “core members” – and those who assist them share life together.

But the point is not to make L’Arche sound grandiose. It centres around wounded and weak people. “We don’t do great things at L’Arche.” Vanier writes about “descending” from a world of accomplishment to be present to the weakness and powerlessness of core members. It’s a movement toward failure, and, in that, a movement toward tenderness, love, and wholeness.

The second story is of Henry Nouwen. As an academic and well-known author, Nouwen worked his way up the ladder to a teaching post at Harvard. But while there, he wrote: “Something inside was telling me that my success was putting my soul in danger.” So he left and spent the next 10 years of his life at a L’Arche community north of Toronto. He lived there until his death in 1996 at age 64.

As much as all the fine books he has written, I am impressed with the facts of his life. He left the prestige and influence of Harvard to feed and wash people who had no idea what Harvard was. He gave his life to people who cared not about his credentials but simply his friendship.

And though his time at L’Arche was not easy, it became a rich gift to him. In a book called Adam: God’s Beloved, Nouwen tells of his relationship with Adam, a core member who could not speak or move without assistance. With great tenderness Nouwen explains how Adam revealed to him what it means to be the beloved of God. The story of Adam and L’Arche and Nouwen is something different than striving to succeed.

The final story is of Carlo Carretto. In the 1950s, Carretto was a tireless and prominent Catholic activist in Italy. Then he heard a voice say to him: “Leave everything, come with me into the desert. I don’t want your action any longer, I want your prayer, your love.” So he went to North Africa to join the Little Brothers of Jesus, a group of monks who embrace humility and obscurity.

In his book, Letters From the Desert, Carretto tells a story that contrasts sharply with the be-all-you-can-be script. He tells of traveling through the desert by camel and coming across a group of labourers who were, as he put it, “wielding the shovel and pick all day in the heat and the dust” to repair a road. He continues:


At a certain point, among the mouths approaching the gherba [ jar] to drink, I saw a smile break out which I shall never forget. Poor, ragged, sweating, dirty: it was Brother Paul, a Little Brother who had chosen that detail in which to live out his Calvary, to be a kind of leaven there. … I knew Brother Paul well, because we had been novices together.

These stories, like Jesus’s story, draw me to the path of meekness, descent and powerlessness. But part of me is still drawn to the path of strength and striving. For years, I thought I could walk both paths. Now I question that.

On Palm Sunday, Jesus set himself on the final course to the cross, the point of ultimate letting go of the success narrative. The images of Christ submitting to arrest, standing silent before his accusers, and then slouching on a cross are not the stuff of a motivational speech.

Of course, one could argue that the resurrection was a success, but, while it was obviously an event of unparalleled significance, it was not the result of striving and it did not achieve revolutionary success. Nor did it bring world peace, or make poverty history. After the resurrection, Jesus didn’t even take time to appear in risen form to the rulers of the day, a move that would have surely shaken the powers and riled the palm wavers. Jesus’s approach was different. His approach was less about overcoming failure than finding God in failure.

What exactly might holy failure look like practically? It does not mean intentionally bungling everything you do. It doesn’t mean purposefully burning your toast, putting diesel in your gas car, or riddling your resumé with typos. Vanier, Nouwen, and Caretto continued to write with considerable skill and care after departing from the path of success. Indeed, their writing could be viewed as “successful.” But they all left the whole realm and mindset of influence. They put aside the busyness of importance and did humble work. They didn’t do what was cool. They made backward, illogical decisions that aligned them with smallness.

While at L’Arche, Nouwen wrote the following: “I still get invitations to speak all over the world, but I have to say no. My community says it’s more important to . . . spend an evening with someone who can’t speak or do anything than to speak to thousands of people.”

Most of us don’t get asked to speak all over the world, but we each have opportunities to lay down our palm branches and join Jesus on the path to holy failure.

Will Braun is the former editor of Geez magazine. He is a writer and farmer in rural Manitoba. The above article is from a sermon at Hope Mennonite Church in Winnipeg and printed in Conspire magazine.